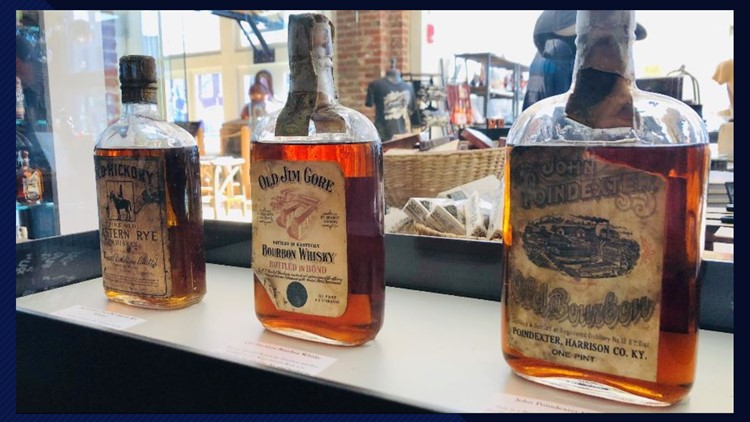 LOUISVILLE (WHAS11) -- You can now get rare, vintage whiskeys from the Frazier Museum, due to a change in Kentucky’s alcohol laws.

The three brands to be offered first were bottled during Prohibition. The brands you can get are Old Hickory Fine Old Eastern Rye Whiskey, Old Jim Gore Bourbon Whisky, and John Poindexter Old Bourbon.

In 2017 the Kentucky legislature took a step to modernizing the alcohol beverage industry. HB 100, sponsored by Rep. Chad McCoy of Bardstown, allows the private purchase and sale of vintage and rare spirits back on the marketplace. If an individual finds a rare or well-aged bottle of bourbon from a long-defunct distiller, that bottle — if unopened and still sealed — can now be brought to the retail market.

The museum said they will be selling more vintage whiskey in the future.