We're all just trying to get through 2020, so here's a quick hot brown recipe and some at-home horse crafts for the first Saturday in September 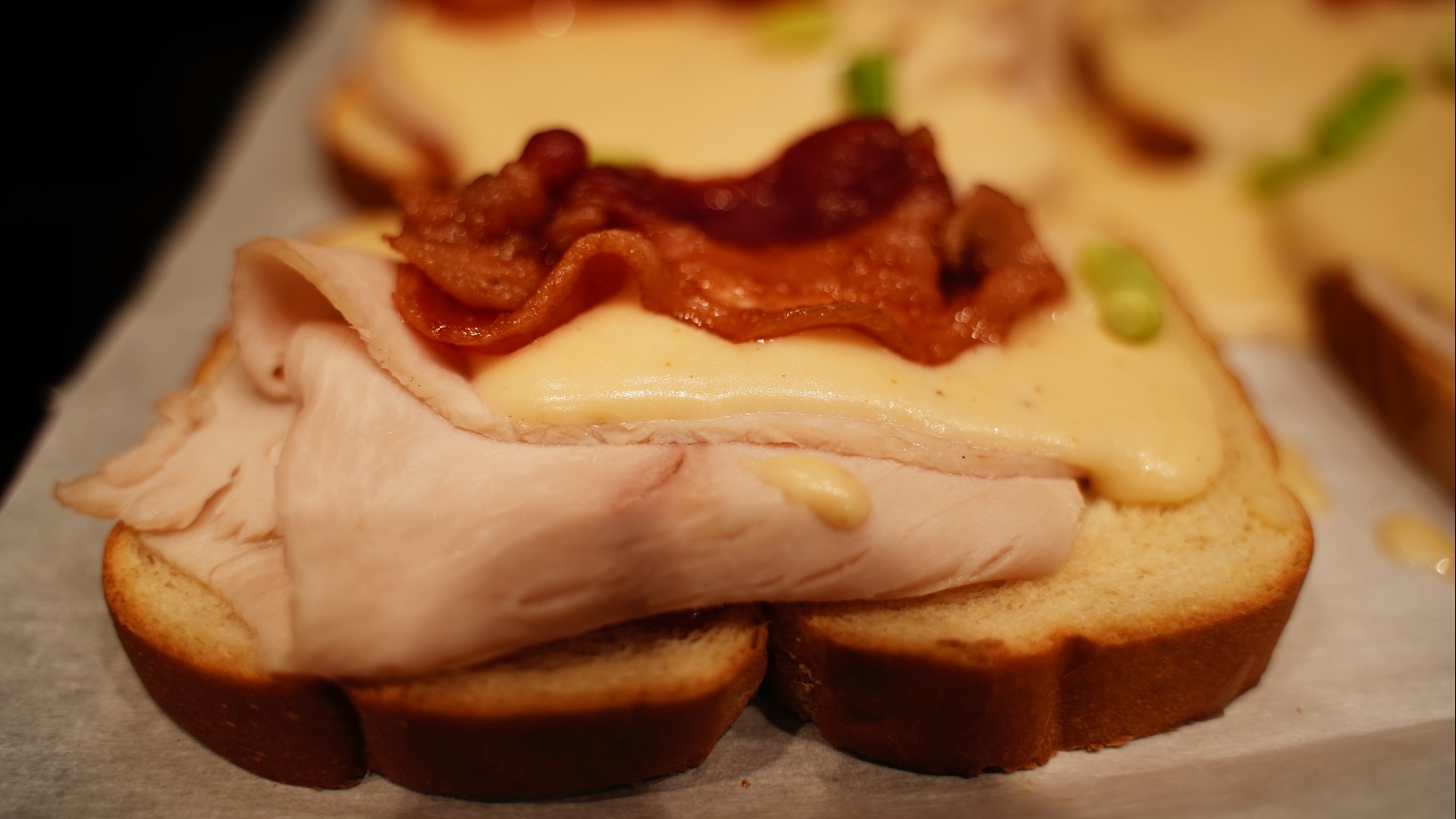 LOUISVILLE, Ky. — As a born and raised Louisvillian, I've had my fair share of hot browns — some amazing, some soggy and some plain trash.

I'm going to save you from making the latter with this quick-n-lazy guide to making some above-average hot browns for you to eat either by yourself or with the people you live with during this bizarre Kentucky Derby.

First up, the recipe says use a small saucepan to simmer milk, but all my cookware was in the dishwasher because I don't plan ahead, so I used a medium-sized pot.

I then used a large pot (because a medium saucepan was also in the dishwasher) to melt butter. Next, add flour and whisk it. About a minute later, include hot milk and let it boil.

Let it get thick with three C's and then bring it off heat. Add an entire bag of white cheddar and some Parmesan and keep the whisking going. Then, add some nutmeg and my secret ingredient (that isn't a secret anymore), sriracha sauce.

While all this saucing was happening, the oven was preheating to 425 degrees. You're supposed to cook your bacon in the oven for 30 minutes, but my bacon went in the microwave.

I did, though, slice up my tomatoes. Throw them on a baking sheet, add oil and a ton of salt with minimal pepper and put them in the oven for about 4 minutes.

If you made too many sandwiches for you and your young child who does not care that you made dinner from scratch, go ahead and text your neighbors and deliver WITH A MASK to make their day.

Here's a link to the recipe I used as a base and adapted for my own laziness.

The Kentucky Derby Museum put together several different crafts for at home Derby fun, and also shared their own not-lazy recipe for hot brown sliders.

To make these adorable horse puppets, you can click here.

OR if you'd like a tutorial on how to make your own Derby hat or fascinator at home, you can click here.