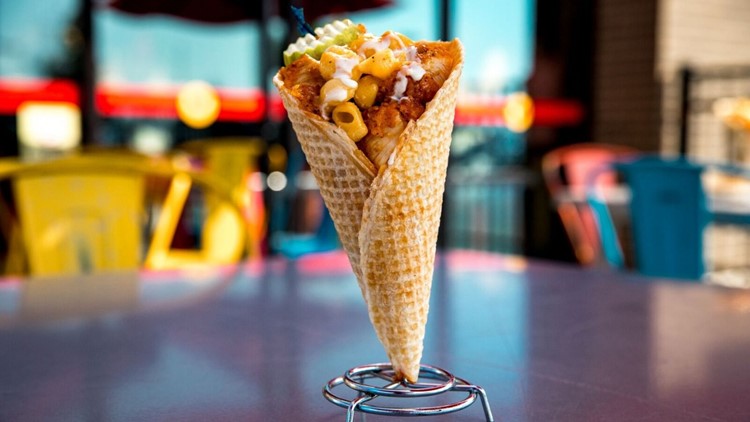 LOUISVILLE, Ky. (WHAS11) — Local favorite Joella’s Hot Chicken is taking the classic chicken and waffles and turning it up a notch.

The Louisville-based restaurant – famous for its Nashville hot chicken – announced the launch of the Cluck Cone on Wednesday. The new item, described as a “savory waffle cone filled with two jumbo chicken tenders…creamy mac and cheese, a sauce of your choice, and pickles”, will be sold for a limited time in all store locations for $6.99.

Once the limited run is up, you will still be able to get your hands on the Cluck Cone thanks to the new Joella’s Hot Chicken food truck launching in late September. The Cluck Cone will be a permanent staple along with other fan favorites on the truck. Joella’s food truck will travel to festivals and events in Louisville, Cincinnati, Lexington, and more.

Joella's opened its first location in Louisville in 2015 and since expanded to include five additional locations in Kentucky, Ohio, and Indiana. You can follow Joella's on Facebook and Twitter.