Who is Pappy Van Winkle: The man behind the bourbon

Julian Van Winkle III, Pappy's grandson, discusses the man behind the brand and how their bourbon became one of the most sought-after brands in the world. 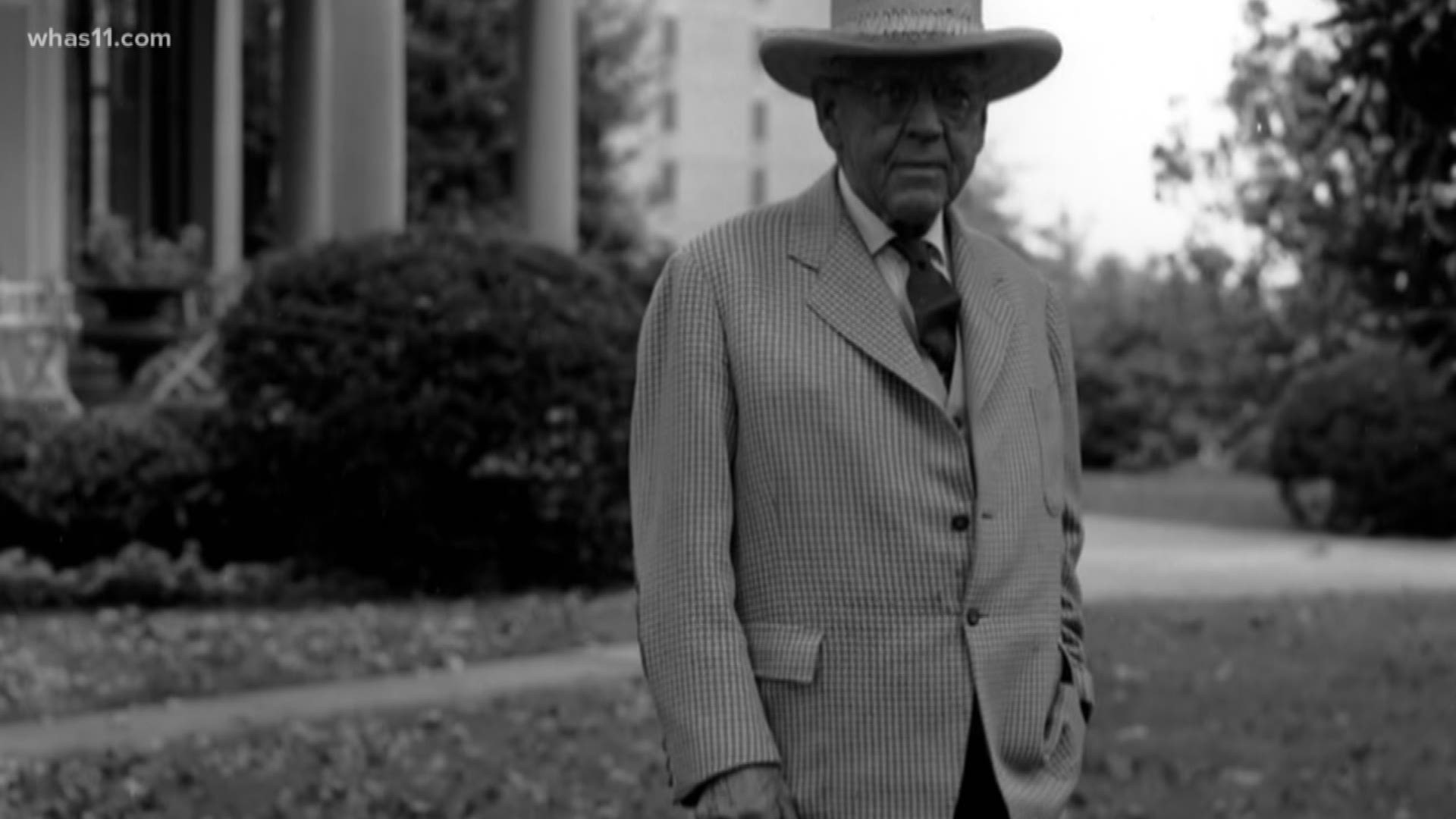 LOUISVILLE, Ky. — While local and national celebrities take to Churchill Downs every Derby week, one of the most famous names in bourbon chose not attend the Kentucky Derby, instead opening a distillery that would inspire the most famous brands in the world.

Stitzel-Weller, once the most famed bourbon distillery in the world, opened in Shively the day they ran the 61st Kentucky Derby. The architect behind the business, Julian Van Winkle, Sr. -- already known to everyone as Pappy -- ran the brand until the year before he died in 1965.

"He was very important to the industry in his lifetime, but his status is nowhere near where it is today," historian Mike Veach said. "He [is] known around the world nowadays, probably as famous as Colonel Sanders."

Van Winkle produced Old Fitzgerald in Shively, but it would be 30 years after his death before the first bottle of bourbon with the name 'Pappy' would be created.

"It was in our blood and we grew up around it. Just a fabulous place," Julian Van Winkle III, Pappy's grandson, said. "Everyone who worked there was great friends with Pappy,"

Julian's sister, Sally Van Winkle Campbell, has vivid memories of what her grandfather was like.

"If somebody asked him how he got into the bourbon business his reply was, 'I needed a job and got one,'" Van Winkle Campbell said.

Van Winkle was a true Louisville character, walking onto Whiskey Row right out of college, beginning a sales career that brought more success than he imagined.

"He traveled by mule, by horse and buggy and by train and plane, and none of that phased him. He just moved right on into the future," Van Winkle Campbell said.

in 2014, the Van Winkles gave WHAS11 their family home movies of Pappy in action, from black and white to color film. It was the first time the man seen on the bottles had been shown to the public.

Julian created Pappy Van Winkle's Family Reserve in honor of his grandfather after taking over his father's Old Rip Van Winkle label in 1981, considered one of the most sought-after bourbons in the world.

But why was Van Winkle's original recipe so popular? Will the well-known company created by his grandson stay locally-owned as it continues to grow into a big money maker?

In a brand new Proffitt Report Podcast, Julian discussed how a review shared in a wine magazine in 1997 made his bourbon what it is today.

"Our distributor in Chicago, unbeknownst to me, put our 20-year-old in a contest at the Beverage Tasting Institute, a whiskey tasting contest," Julian said. "It got a 99 rating, the highest rating ever for a bourbon or scotch."

While the review helped raise their status among bourbon lovers, the famous photograph also helped the brand take off. Julian explains how he discovered Pappy's photo, and how his grandfather influenced the brand, on "Who was Pappy Van Winkle? Details of the man who inspired the famous bourbon brand."

You can listen to The Proffitt Report on Apple Podcasts, Spotify, Google Podcasts, YouTube and anywhere else podcasts are found. Please leave a rating and review and let Doug know what you'd like to hear next.