The Mountain Home residents and can be seen dangling off the dangerous cliff in their extreme wedding photos. 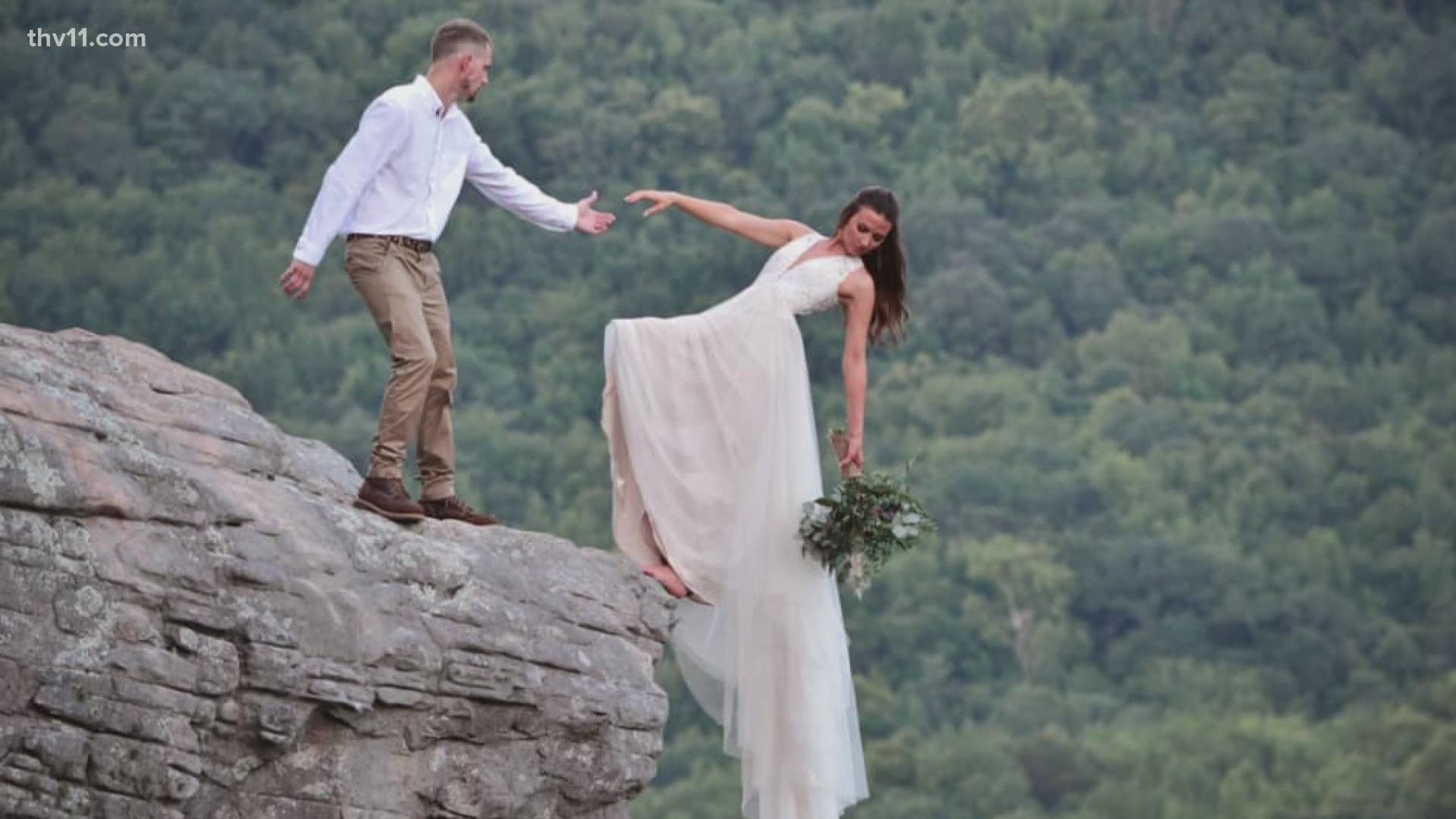 KINGSTON, Ark. — On this episode of extreme wedding photos: An Arkansas couple took on Hawksbill Crag at Whitaker's Point in northwest Arkansas and it's definitely not your typical wedding shoot.

The bride and groom, Skye & Ryan Myers, are Mountain Home residents and can be seen dangling off the dangerous cliff in their extreme wedding photos.

Mason Gardner, the photographer behind this madness, said he shoots at Whitaker’s Point often.

"I believe that it may be the best place in the state for any sort couples photography," Gardner said. "The awe-inspiring massive rock never disappoints not matter the season."

Gardner said he has to give credit for the idea of the shot to the bride’s brother in-law.

"We discussed if it would be possible for the bride to rappel in her dress and if we could create something magical for the newlyweds," Gardner said.

As for the safety aspect of the photo, Chris Royer an avid climber coordinated the rappel, was in charge of everything that had to do with the the act of rappelling. Gardner said he was there from set up to monitoring the gear while in use.

The shoot itself took about three hours.

"I would love to do it again," Gardner said. "I hope this shoot gets enough attention where other couples in the future would want to try something similar, even if it’s not as extreme."