Dolly and Polly are two of the oldest known white rhinos in the world and have lived at Zoo Knoxville since the 1970s! The zoo will celebrate their birthdays Sunday. 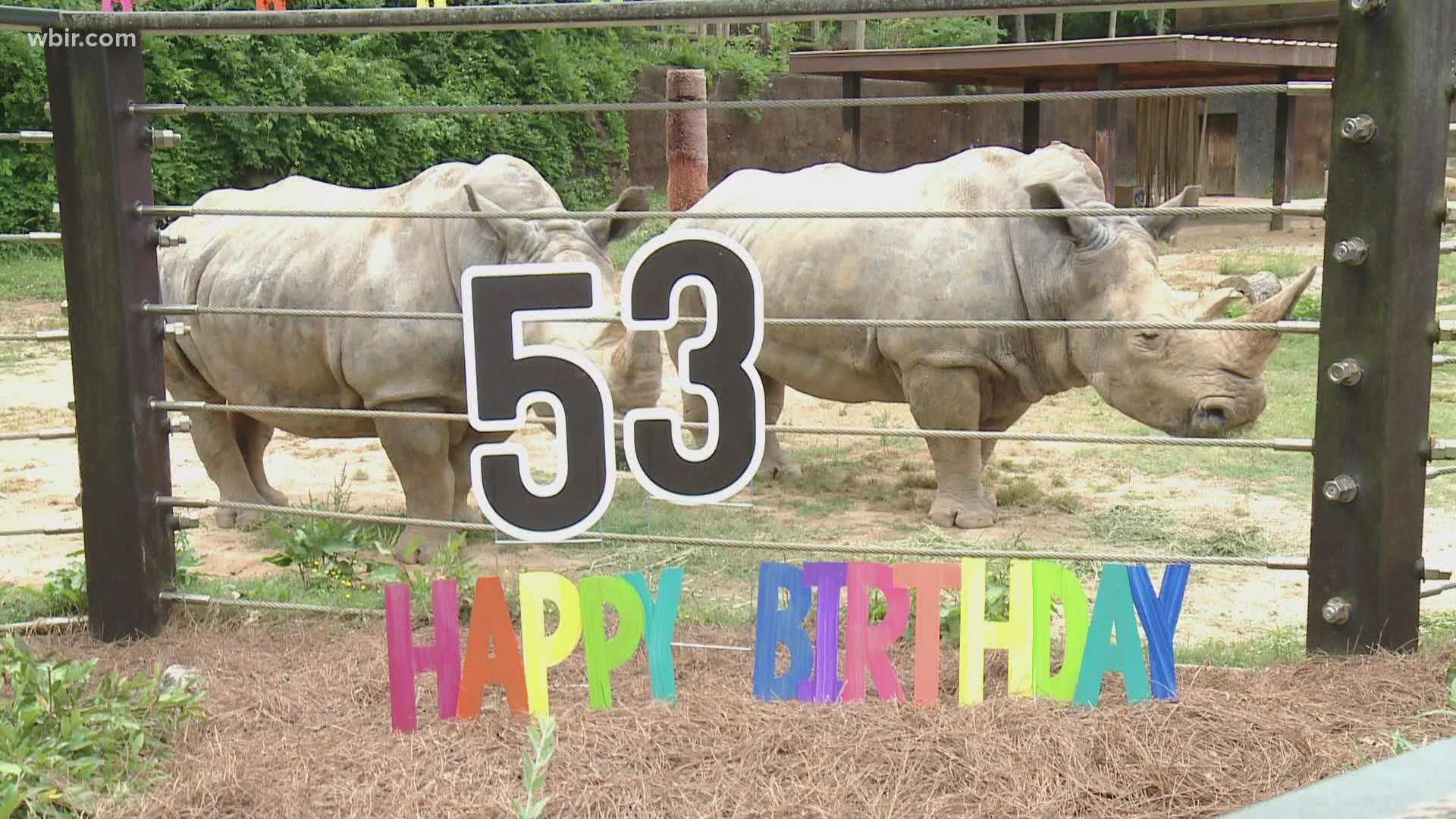 KNOXVILLE, Tenn — Two of the country's oldest white rhinos will celebrate their 53rd birthdays this weekend at Zoo Knoxville!

The public is invited to help celebrate Dolly and Polly the Southern white rhinoceros' birthdays. On Sunday, May 30 Zoo Knoxville will throw the two a special party!

The party theme this year is "rainbow unicorns." People are encouraged to dress up in stylish unicorn and rhino-themed attire, complete with rainbows and horns.

"Rhinos are often referred to as 'chubby unicorns,' so we thought we'd poke a little fun at that and have everything be fun and bright," Zoo Knoxville's curator of mammals Melissa McGee said.

Dolly and Polly are very special to the zoo and have lived there for 45 years, longer than nearly all the other animals. The two first arrived at the Knoxville zoo back in 1976 and have been integral in their species' survival plan ever since -- with both giving birth to 10 calves over the years.

Dolly and Polly are some of the oldest white rhinos in the world. Their species typically lives to 35 or 40, and the zoo said it is an especially rare feat to live past 50.

The entire zoo will help the two celebrate Sunday with special enrichment items and decorations, Signs will also be posted at some of the other habitats.