The lawsuit describes a lion dying after experiencing symptoms that mirror those associated with COVID-19. 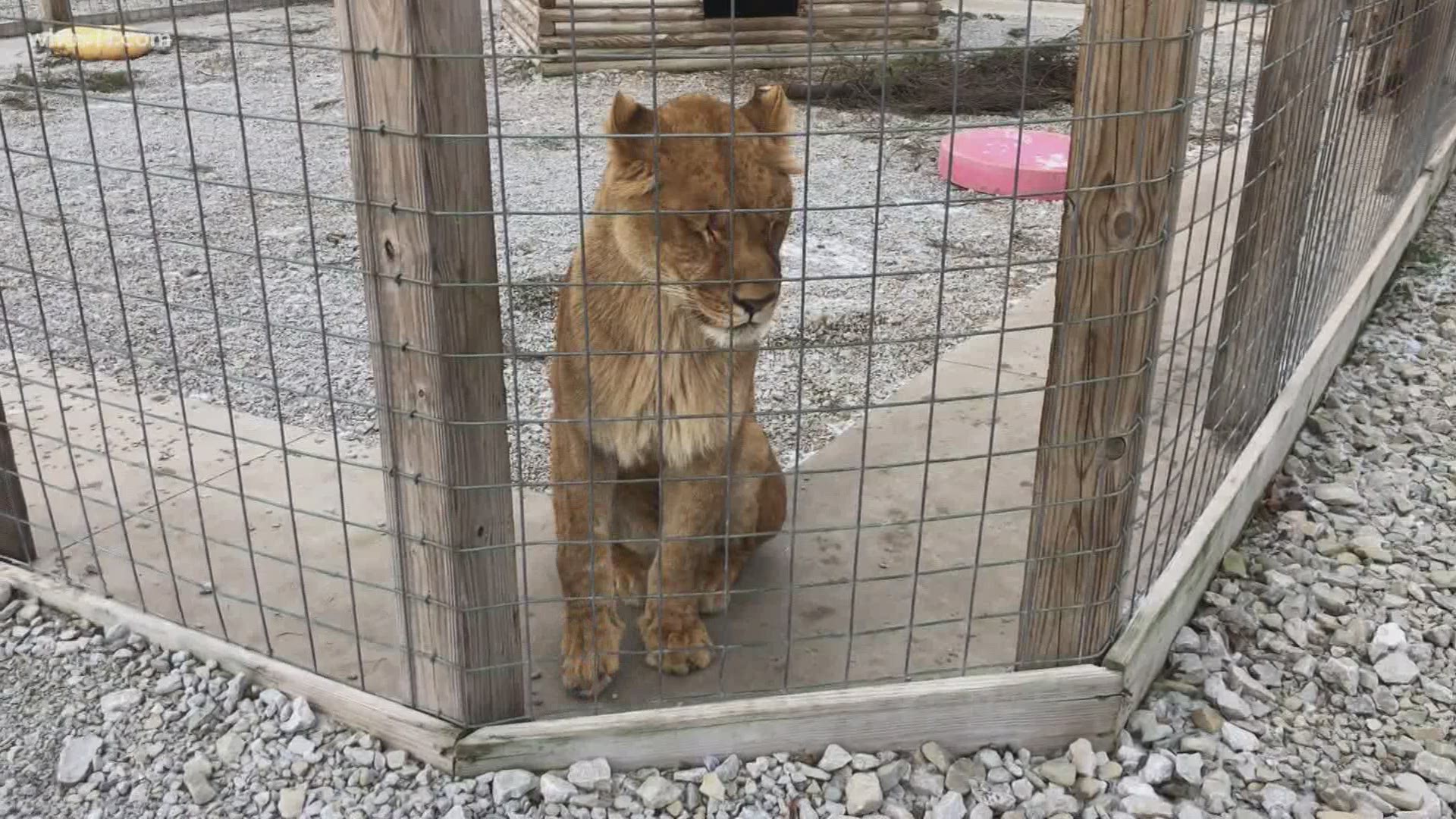 PETA has filed an emergency motion in federal court, stating that the animals were killed at least in part by “inadequate medical care."

This comes months after WHAS11's in-depth investigation that lead to the USDA revoking the nonprofit’s exhibitor license, and the Indiana Attorney General filing a separate lawsuit aimed at shutting the organization down for good.

According to the recent lawsuit, a young female lion named Nera and elderly tiger named Jomba died at Wildlife in Need in early May.

Court documents detail Nera’s symptoms as similar to those documented in animals diagnosed with COVID-19, including lethargy, breathing difficulties, inappetence and weakness.

The lawsuit said Nera’s downfall started on April 30, when owner Tim Stark first noticed her symptoms, but failed to enlist professional vet care. Instead, according to the court documents, Stark “did nothing to meaningfully diagnose Nera before administering a cocktail of inappropriate drugs.”

The drugs included daily administration of Depo-Medrol, a steroid intended for monthly use, and an antibiotic, at doses even larger than those intended for large animals like horses and cattle, according to court records.

According to the lawsuit, Stark told PETA representatives that Nera died due to lack of veterinary care.

“I can’t get a vet to set foot on my property," Stark said.

Stark also admitted to burying the animals before performing necropsies, according to court documents. Without the necropsies, there is no official cause of death identified for either animal. Stark is cited in the lawsuit saying it is his belief Jomba died of old age.

Now, PETA is asking a federal judge to rule in its favor, and move the remaining big cats to a qualified sanctuary through the trial, citing Wildlife in Need employees “cannot provide either the minimum legal standards of medical care required by the Animal Welfare Act; or the minimum standards of medical care required to keep even young Big Cats alive.”

This is not the first time Wildlife in Need has been under scrutiny for its treatment of big cats. In 2018, a federal judge ruled in favor of PETA, forbidding Stark from declawing tiger cubs and exhibiting them to the public during “Tiger Baby Playtime.”

More on Wildlife in Need: