Animal protection officers asked the owner to find a way to contain the snakes during future rides. 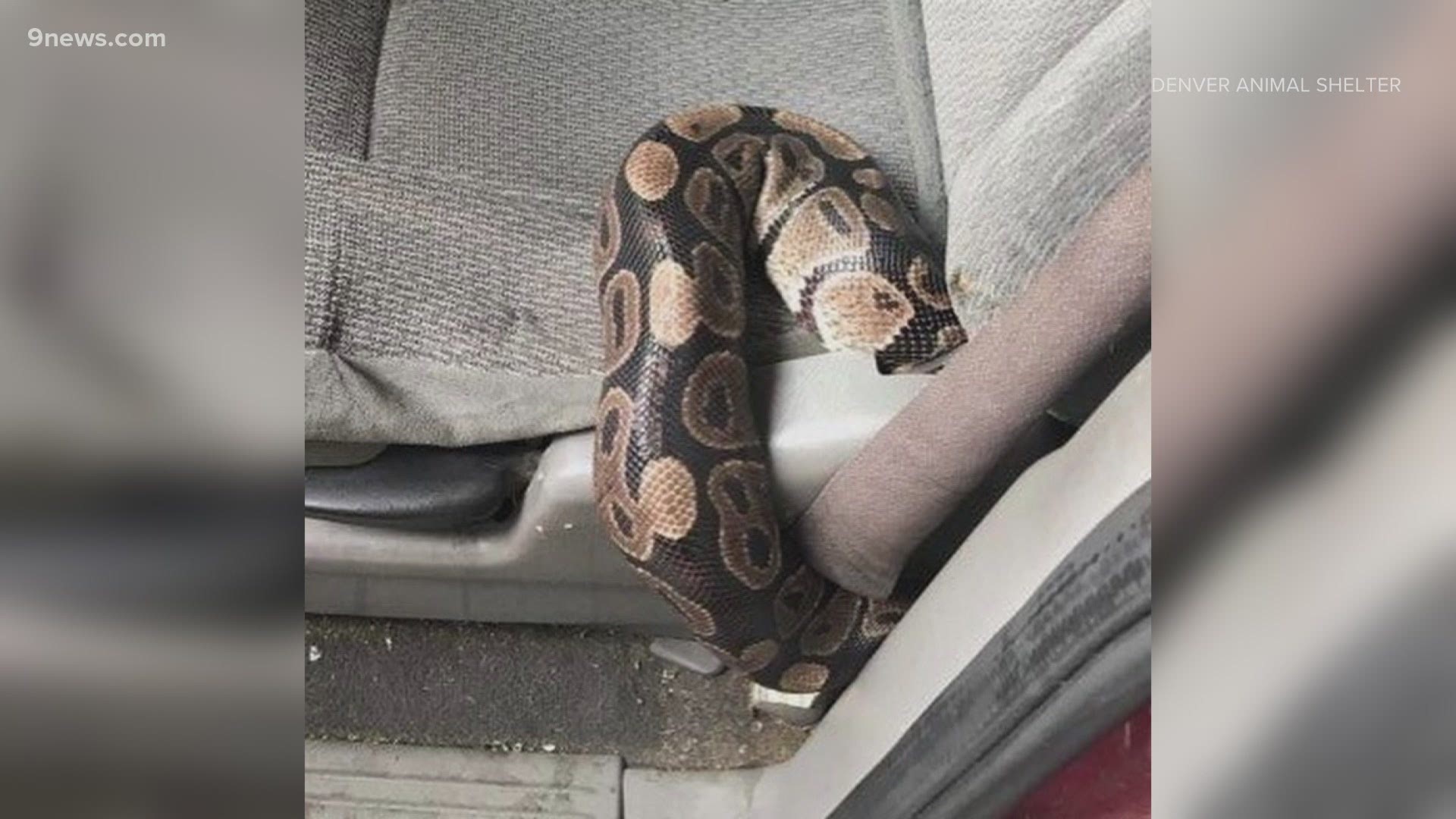 DENVER — A snake out on a joy ride with his new owner apparently decided to do a little exploring inside the vehicle and became stuck in the seat of the car, according to the Denver Animal Protection officers who came to the rescue of the animal.

Shortly before noon on Jan. 13, officers responded to the 3200 block of West 14th Avenue to assist with the stuck snake.

They learned that the owner had just acquired the snake and was taking it and other snakes for a ride. During that car ride, the new snake decided to check out the car and somehow got stuck in the seat.

Officers removed a bolt from underneath the seat which held a plastic covering in place. That allowed them to move that covering just enough to free the snake.

The snake was removed and was not hurt during the ordeal. Officers returned the snake to the owner and asked him to find a way to contain the snakes in his vehicle from now on.