Close to 70 puppies that were born after the rescue have already been adopted, but the older animals are still not health enough. 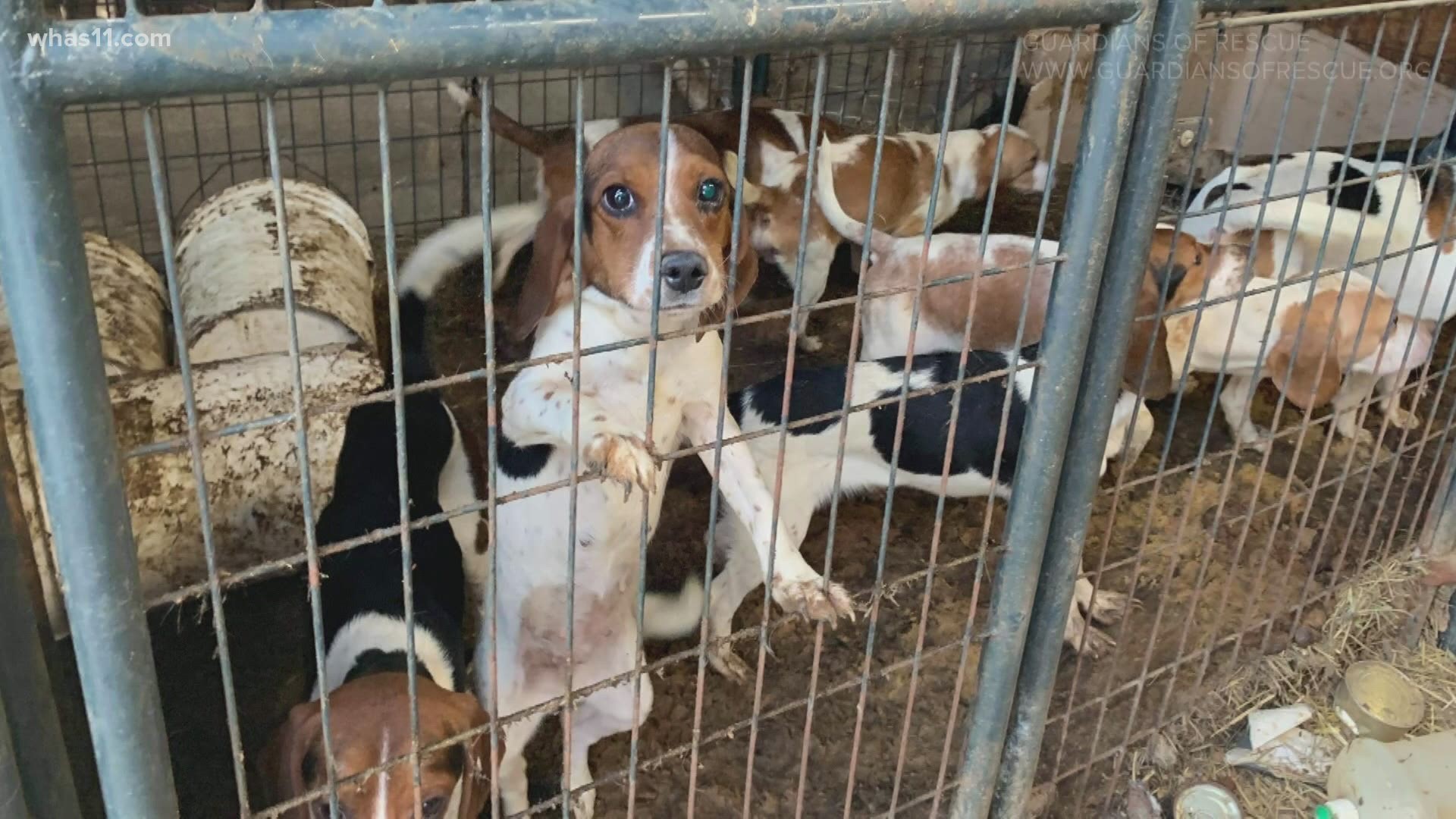 Debra Remmers, 65, was charged with 141 counts of cruelty to animals in March after over 100 dogs and some cats were seized from her home on Johnny Harvey Rd.

The arraignment was done over the phone, but a group of a dozen animal advocates still showed up to the Adair County Judicial Center with signs to rally against animal cruelty.

“We're here to show our officials that we care about animals and that we want them to as well,” said Lora Bell with the Safe Haven Animal Rescue.

Bell doesn't believe this is an isolated case in Adair County, or Kentucky, and is frustrated by the state’s weak animal protection laws. She claims concerns with animal abuse are not always heard by authorities.

Guardians of Rescue, a non-profit organization dedicated to protecting the well-being of animals, said they were tipped off to the alleged puppy mill by a groomer who noticed a dog in deplorable condition. They said the tip eventually led them to a property in Adair County where hundreds of animals were locked in cages and living in filth.

The organization called the conditions the animals were living in "horrid." They described a property infested with rats, cages rusted shut, animals in tight spaces, fecal matter matted into the animals' fur and many deceased animals on the property.

Multiple breeds of dogs in every size were found on the property. Many of the female dogs found were pregnant and some were actively giving birth during the seizure, according to Guardians of Rescue.

Close to 70 puppies that were born after the rescue have already been adopted, but the older animals living at the alleged puppy mill are still not health enough.

The animals were surrendered to Guardians of Rescue who are working with other rescue organizations to help oversee their care.

For more information on how to adopt rescued animals, visit KY Hopeful Paws and Camp PPR.