Officer AJ Mabrey said he was on the way to a safety briefing at a school when he saw two horses running toward him on St. Andrews Church Road. 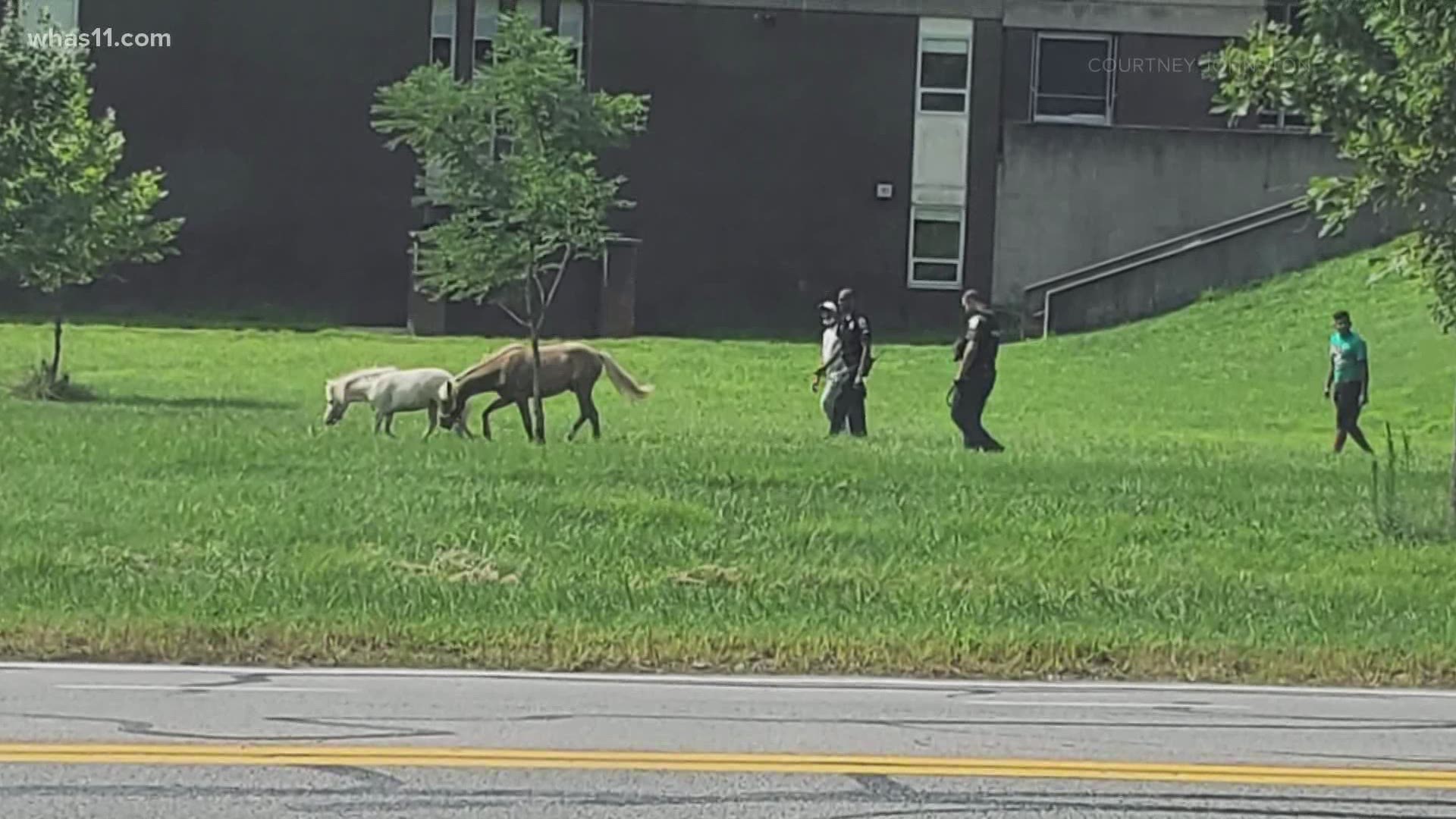 Officer AJ Mabrey said he was on the way to a safety briefing at a school when he saw two horses running toward him on St. Andrews Church Road near Doss High School.

After calling for backup, Officer Mabrey said they chased the horses in their cars and on foot, trying to catch them.

With help from others nearby, they were able to get the horses back to their barn.

Officer Mabrey told WHAS11 when he saw the horses he was thinking,"How am I going to catch these two horses? And where did they come from? Because it's not really an area that's known for farms. It's kinda out of the blue to see two horses there. "

Believe it or not, this isn't the first time Officer Mabrey has had to chase horses, but in the past, it's been in rural areas.

“Every day in policing, you never know what you're going to get into, whether it's helping people or horses. You just don't know,” Officer Mabrey said.