Tuesday, they shared that a six-year-old gray seal named Rona is pregnant. 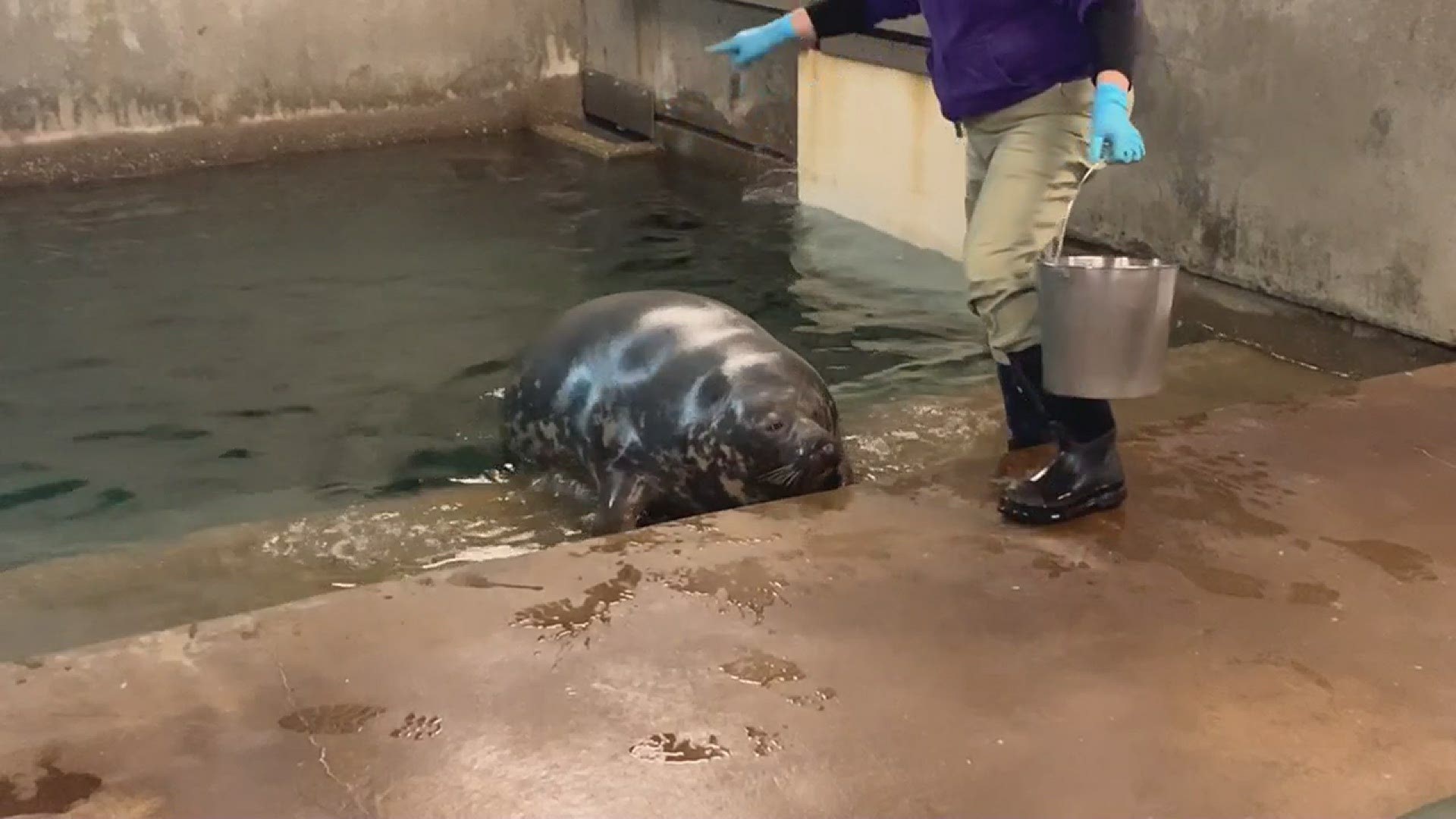 LOUISVILLE, Ky. — The Louisville Zoo revealed the new addition on the way is a gray seal.

Officials released a hint video of an ultrasound on its social media channels last week and had people guessing what it could be, from a giraffe to a zebra.

“Rona has more than doubled her weight in preparation for pupping and lactation," associate veterinarian Dr. Julie Ter Beest said in a release. “We’re excited to see what kind of mom she will be.”

The Zoo said the new pup could arrive anytime between now and February.

Gray seal pups usually weigh around 30-35 lbs. at birth and are born with soft white hair, called lanugo, which is molted by the time they are weaned. The pup typically nurse on their mother's high fat milk for four weeks before weaning. During that time, they gain around 100 lbs.

One of the last high-profile births at the Zoo was Fitz, an elephant born in 2019 after a 22-month gestation period.