In partnership with the Zoos Victoria in Australia, the Louisville Zoo has committed $1,000 of its Conservation Fund toward the Bushfire Emergency Wildlife Fund. 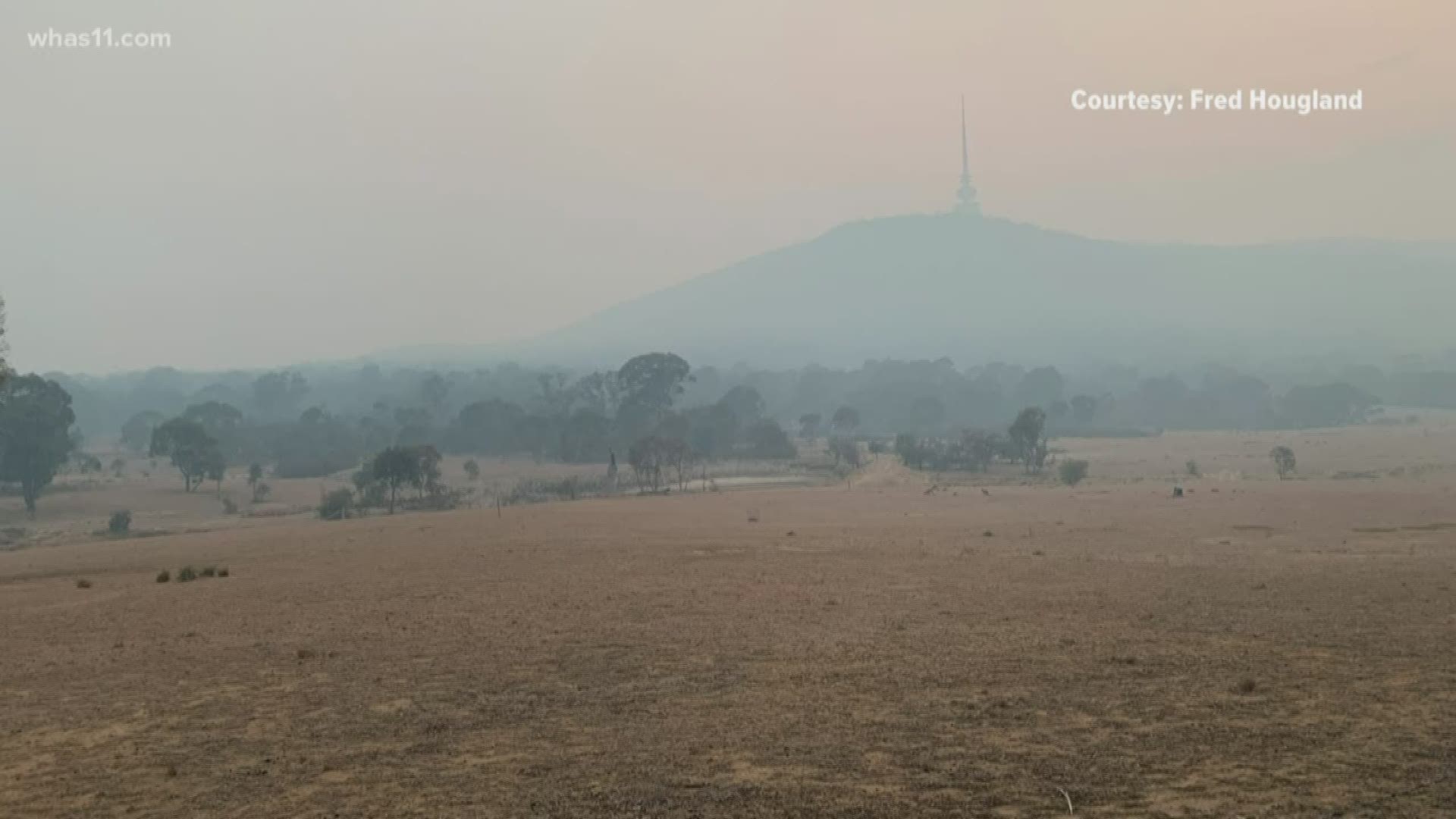 LOUISVILLE, Ky. — The Louisville Zoo wants to help the local community with ways to support wildlife and people impacted by the bushfires in Australia.

RELATED: Kentucky Down Under to donate half its proceeds to help animals in Australia

The Association of Zoos and Aquariums (AZA) community has remained in close contact with the CEO of Zoos Victoria in Australia who are monitoring the terrible situation impacting Australian wildlife.

According to a press release, Zoos Victoria reports that while the fires are located at a distance from their zoos, their veterinary teams have been sent to the fire areas to set up triage and critical care facilities.

The donation comes two weeks after a zoo employee returned from Australia and saw the devastation firsthand.

"Heartbroken. I don't know if there's a better word," said Fred Hougland, who has worked as an educator with the Louisville Zoo for two years.

He was visiting his in-laws with his wife in Australia's capitol, Canberra. The home was about 60 miles from the fires, but the smoke took over much of the land.

"It was too hazardous to take a walk outside. It was that bad," he explained, describing how it would even creep indoors.

"At one point, I was at a movie at the mall, watching Star Wars and the smoke came into the theater and I thought, 'is this an effect?' But the smoke just permeates everything."

While there, he and his wife went through photos and valuables, preparing for a potential evacuation. His parents are currently safe.

"What was important to us was to go through that process before the actual 'you've got 15 minutes to get out of the house,' because you don't want to make that decision last minute," he explained.

He said he's grateful the Louisville Zoo is trying to help from the other side of the globe and encourages others to do the same.

"The collaboration of everybody, it just feels more impactful to have that many more people behind what you're doing than it would if I was just doing it as an individual. You can make a big difference."

Guests can contribute to the Louisville Zoo’s Conservation Fund to specifically help Australian wildlife affected by the fires on the Zoo’s website at LouisvilleZoo.org/bushfires.

Donations made to the Louisville Zoo’s Conservation fund are tax-deductible.

The Louisville Zoo will ensure that 100% of your gift is sent to Zoos Victoria for the Bushfire Emergency Wildlife Fund.