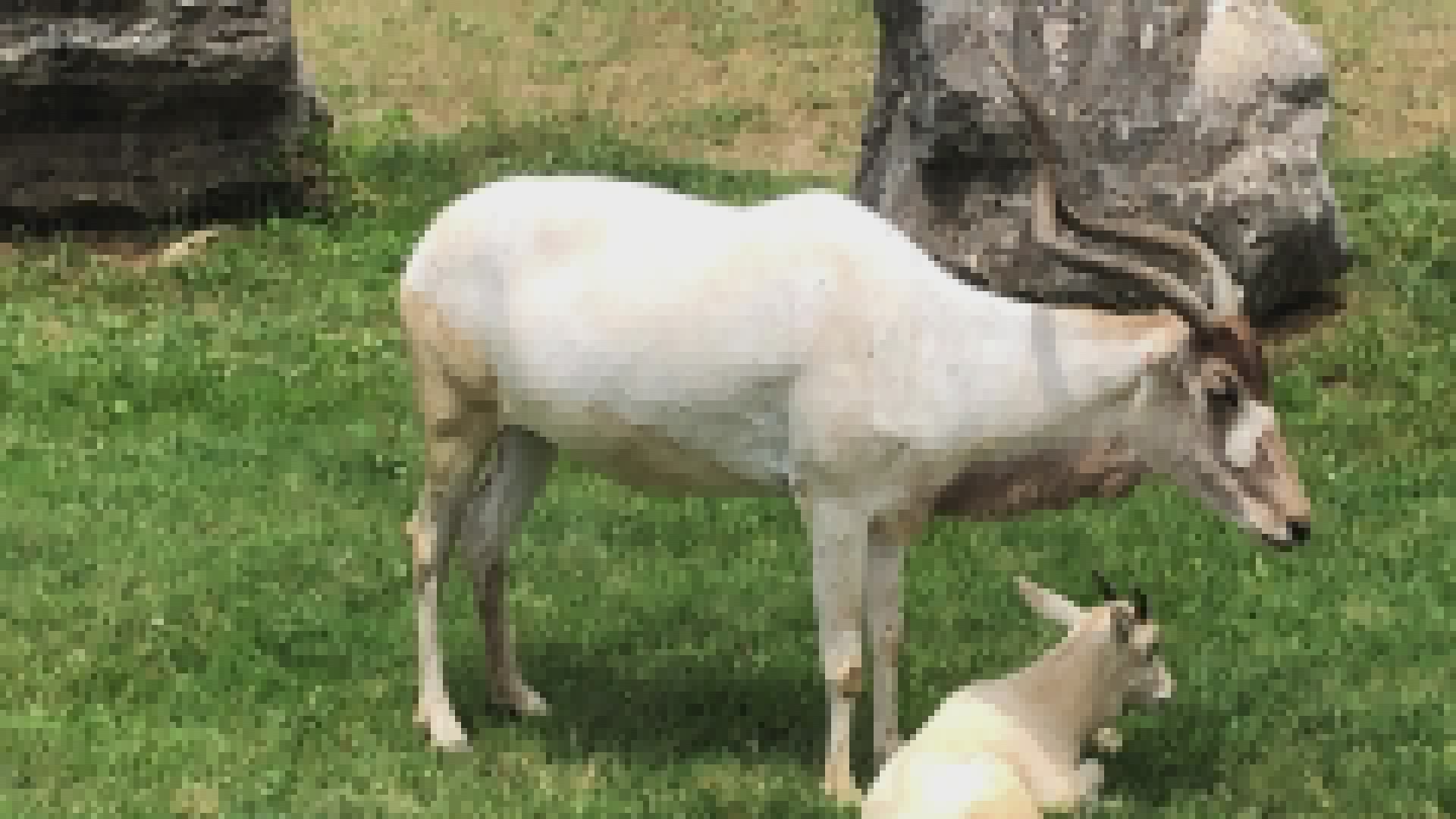 LOUISVILLE, Ky. — The Louisville Zoo welcomed its newest addition when a Saharan addax was born amid COVID-19 closures.

The calf, born May 8, is the 60th addax calf born at the Zoo since it first opened in 1969. It was born to mom Patella and sired by Laird. She weighed 16 pounds at her neonatal exam.

The zoo said the calf does not have a name, and it will announce a naming content soon.

Saharan addax are considered critically endangered by the International Union for Conservation of Nature. The zoo said the new calf's birth was planned and is part of a species survival plan to "maintain the genetic diversity of managed animal populations."

The zoo, which is now open to members, also announced new discounts for families with SNAP cards from any states. The general public can come to the zoo starting July 3.