The junior division competitors at the Livestock Expo in Louisville discuss the hard work it takes to compete at the annual event. 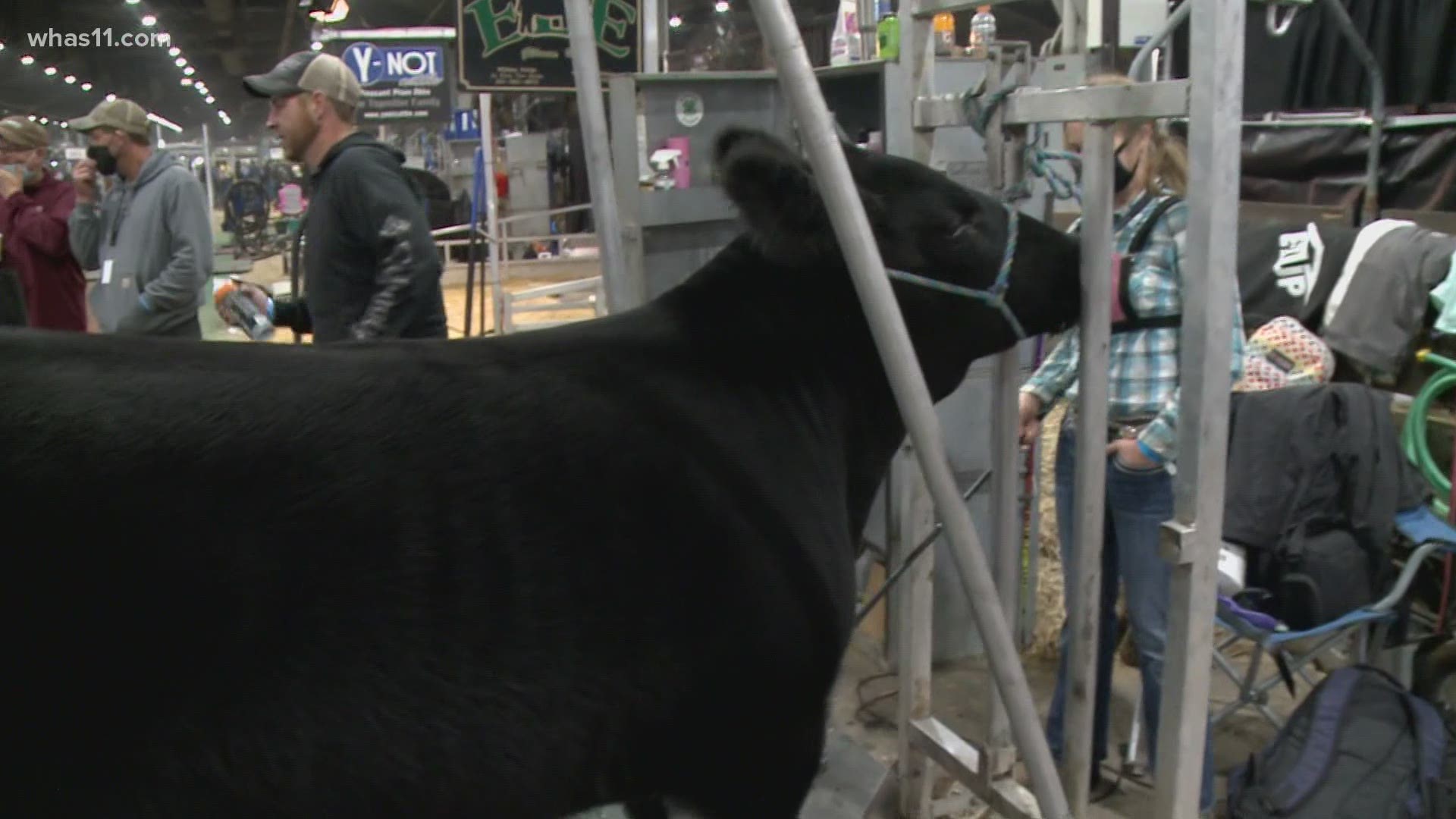 LOUISVILLE, Ky. — About 17,000 animals from across the country and world have descended upon Louisville for the North American International Livestock Expo at the fairgrounds.

The animals featured are barnyard staples like cows, goats, pigs, sheep and even horses.

Saturday and Sunday are big competition days for the junior livestock enthusiasts, which is categorized for those who are eight to 21 years old.

Madison Fischer has been showing cattle since she was just two years old.

“I was kind of born into it,” said 14-year-old Fischer. “I’m the fifth generation of cattle ranchers.”

That’s not uncommon at the 47th annual Livestock Expo in Louisville. Showing animals is a family tradition for a lot of competitors.

“I’ve been showing since I was three and haven’t stopped,” 20-year-old Reba Prather said.

“I was born into it, so it’s a family thing just gets passed down,” 15-year-old Owen Terrance said.

But it’s not just something that comes with the family genes. Preparing these animals to go into the ring takes a lot of hard work.

“The show is won at home,” said Fischer. “If you don’t practice with your calves at home, you’re never going to be able to show in the arena how you want your calves to cooperate.”

After all that hard work happens at home, even more work goes into making the animals look ready to compete.

“We think of it like a pageant for any girl,” said Prather. “You want to make sure all the hair is going forward, it just makes them look fuller and be the best that they can be.”

The livestock and agriculture industry is an important one to both Kentucky and the US.

Kentucky Venues President and CEO David Beck said selecting the best of the best animals goes a long way in the credibility of herds and genetics and promoting livestock these farmers produce.

But a lot of competitors take home more than just prizes: they bring with them the bonds that are formed and the memories that are made.

“My favorite part is definitely reconnecting with friends all across the state,” Prather said.

“We may be competitors in there but when we’re out here, we’re basically a big family,” Terrance said.

Shows go through the rest of this week and end on Thursday. If you’re interested in watching there is a life stream available here.