Emaciated puppy found in box at KHS dies in hospital

Liam the puppy's condition had taken a turn for the worse Friday. KHS said the dog was euthanized after battling an infection from malnutrition. 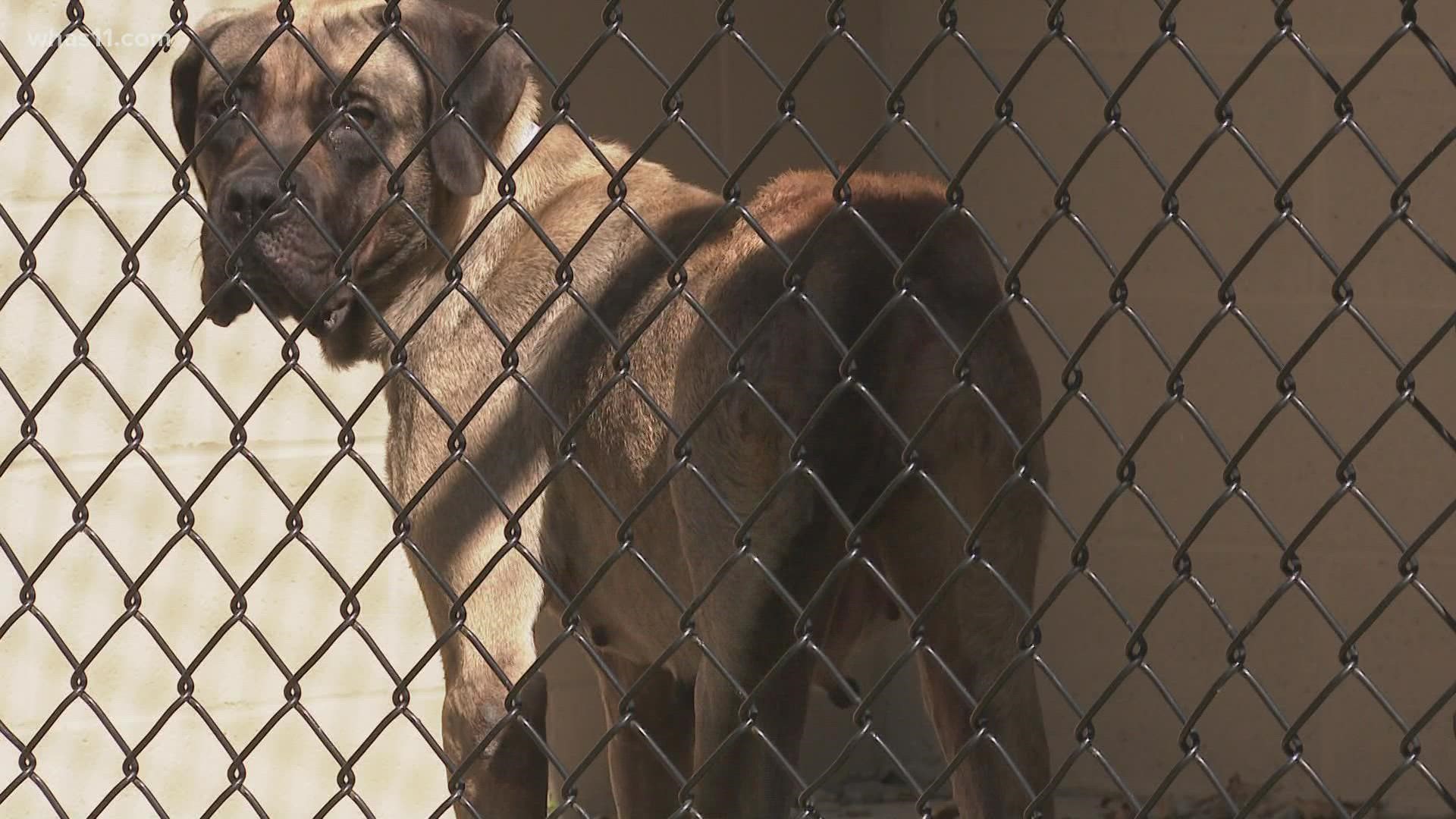 LOUISVILLE, Ky. — Kentucky Humane Society (KHS) said an emaciated puppy fighting for its life had taken a turn for the worse Thursday. Liam the puppy has been euthanized.

The puppy was found abandoned in a box outside the facility Sept. 17. "FOUND HELP ME" was written on the cardboard box.

Liam's condition was updated by KHS via Facebook. They said the dog became unresponsive in the hospital and was in an incubator. The organization said a veterinarian was concerned that his condition of Demodex was so severe it gravely affected his immune system.

Demodex causes mange which leads to hair loss and skin lesions if untreated. Liam, who was believed to be somewhere between 6 to 8-months-old, was found with severe infections in addition to the malnutrition.

REST IN PEACE, LIAM: We are devastated to share that Liam has passed away. The hospital contacted our team to say Liam had coded & they began lifesaving measures, but he wasn't responding. The vet believed Liam was suffering & humane euthanasia was the most merciful thing to do. pic.twitter.com/5xRvlrNRM0

"Losing an animal is the hardest thing about working in animal welfare," KHS said in the Facebook post. "Many people say they could never do our jobs because of the suffering we see every day. But to them we ask, 'If not us, then who?' Our jobs are to love each animal, to look past the sores, the injuries, the trauma or the disease, and to see each dog, cat or horse as an individual."

Anyone who wishes to donate to KHS in memory of Liam, click here.