HB-57 has to do with the torture of a dog or a cat, and specifically adds to the definition of torture. The bill already has bipartisan support. 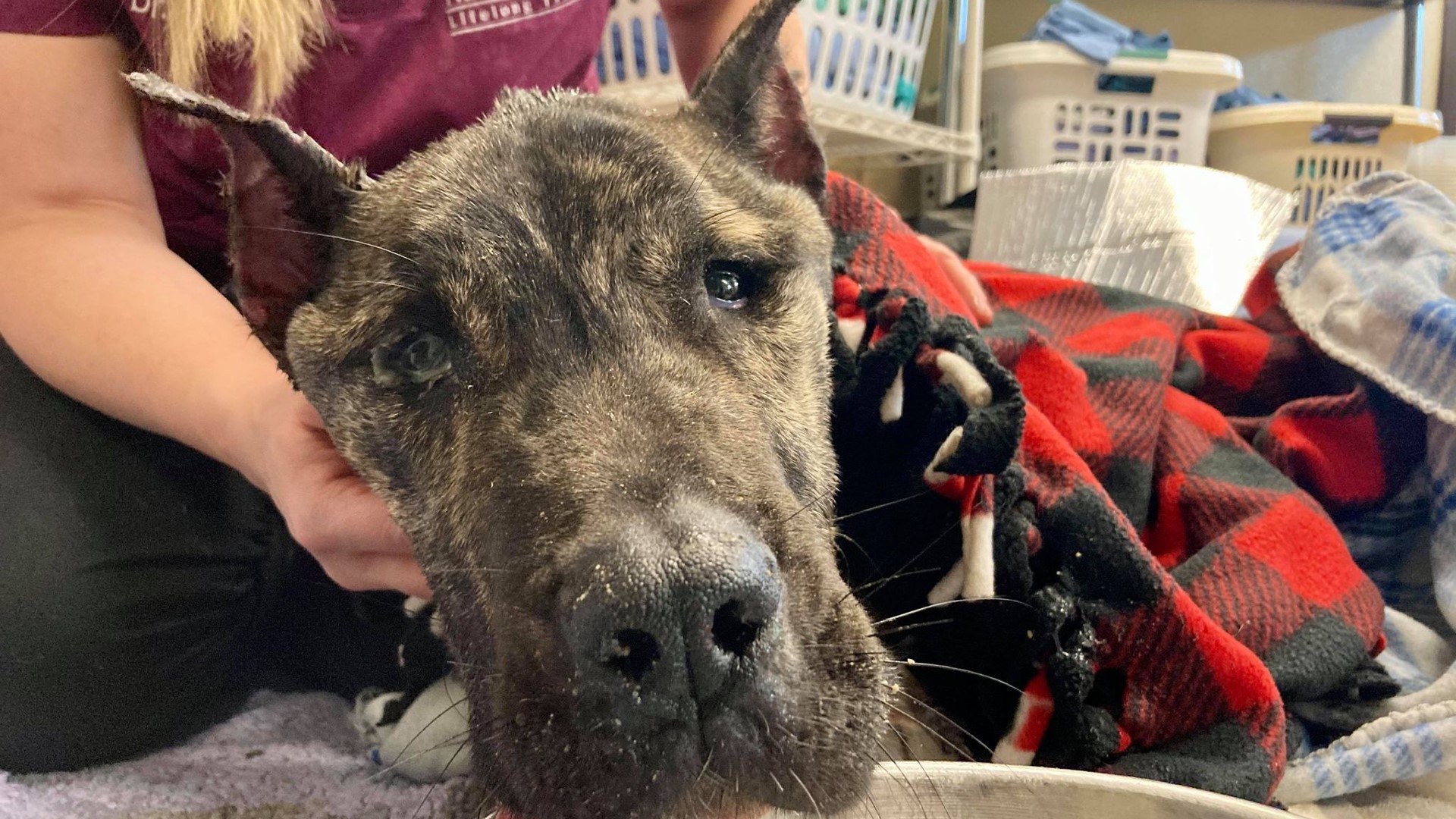 LOUISVILLE, Ky. — One Kentucky lawmaker is pushing for a bill that he says will help animals like Ethan, a dog left for dead outside the Kentucky Humane Society.

"I'm just trying to make sure Kentucky moves up the ladder somewhat on our animal welfare rules. I think right now we're 47th or 49th in the nation, so this is another step to move us in the right direction," Freeland said.

HB-57 is meant to amend state law by adding definitions to torture, and change torture from a Class A misdemeanor to a Class D felony.

Torture will include things like crushing and burning, food, water and shelter deprivation or restraint. Restraint will be defined as confining a dog or cat to a finite space where the animal can not escape.

"This is really dealing with the worst of the worst types of actions that people may do, and as you know, the story with Ethan," said Freeland.

Ethan was left at KHS Friday. When staff got to him, he was barely alive. They believe he was in a crate and deprived of food and water.

Freeland said Ethan's case is one of many, saying many stories are not being reported because people are just discarding animals, not even giving them to authorities.

He said he is hoping that by making this a felony, it will encourage more people to come forward. With other high priority bills up this session, Freeland said he thinks this bill has a chance, especially considering what happened to Ethan. At this point, they're waiting for a committee assignment.

Livestock is not mentioned in the bill, as it is specifically referring to dogs and cats.

RELATED: 'Everything he has is going to just survive': Dog left for dead at Kentucky Humane Society progressing