The Kentucky Humane Society said Hope, her colt Knox and daughter Diamond were the only ones to survive a shooting in Floyd County. 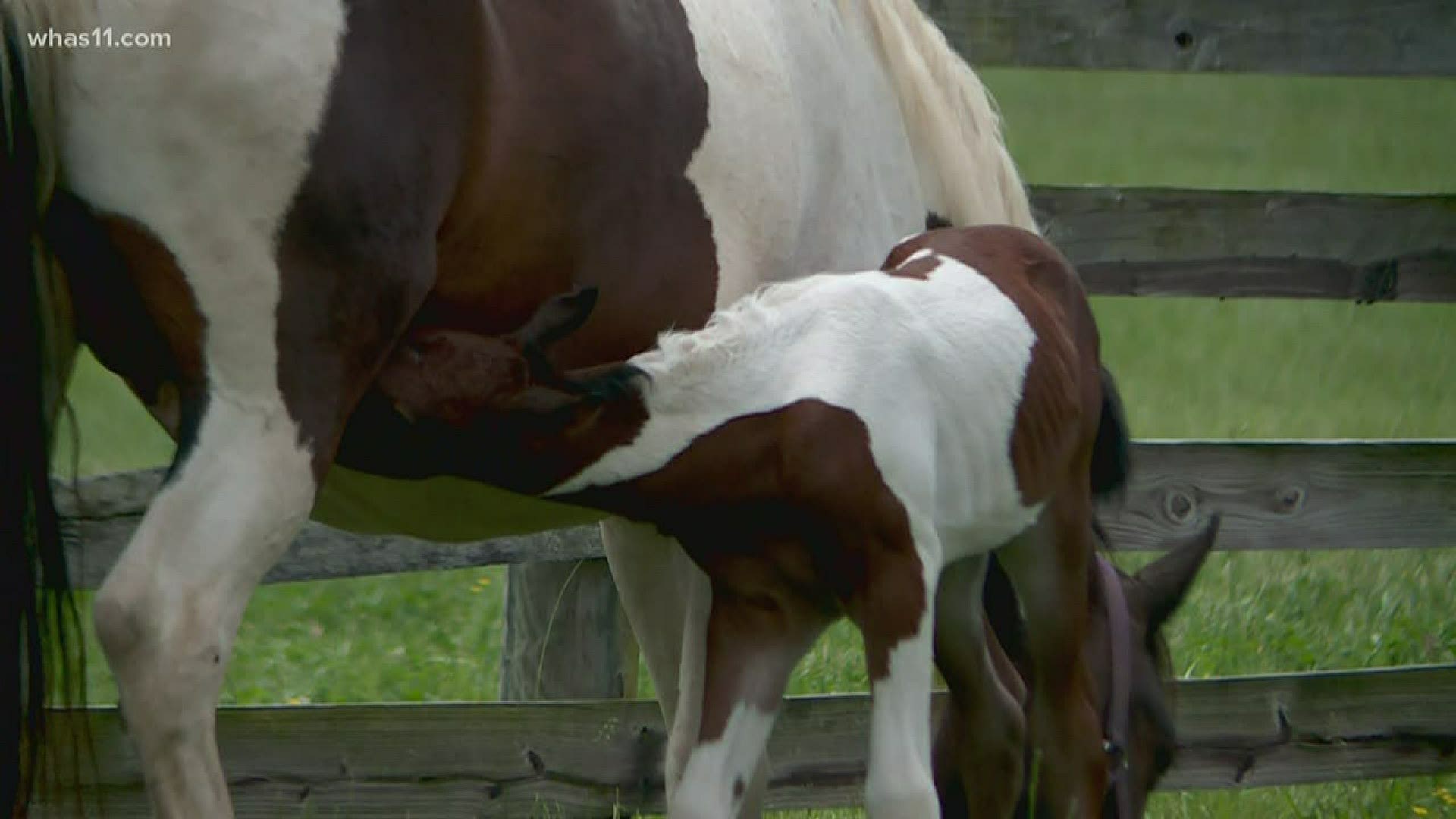 SIMPSONVILLE, Ky. — A horse that survived a mass killing in Eastern Kentucky has given birth to a healthy colt.

The Kentucky Humane Society announced Hope, a pregnant mare rescued from an abandoned strip mine in Floyd County last December, had a baby on May 17.

Hope, her yearling colt Knox and daughter Diamond were the only horses to survive the shooting that killed at least 20. All three were taken to Willow Hope Farm for rehabilitation.

KHS said the horses have shown improvement since arriving on the farm. CEO Lori Redmon said both Hope and Knox have responded very well to their interactions with humans, but Diamond will take more time to get acclimated as she has probably not had interactions with people before.

To name the colt, KHS said people can make a $1,000 donation. For more information, see their Facebook post.