Major, one of President-elect Joe Biden's two German shepherds, will become the first shelter dog to live in the White House. 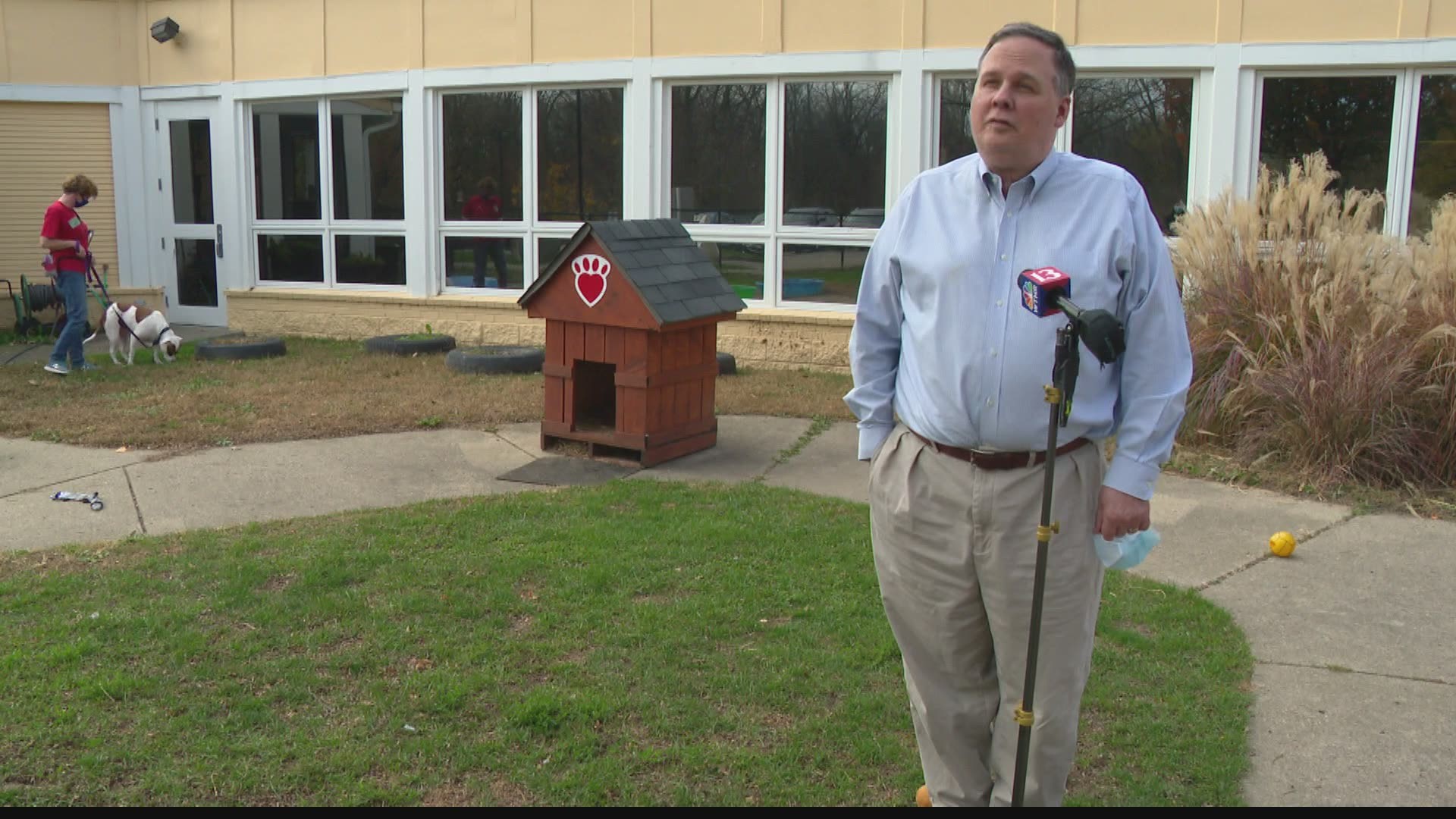 INDIANAPOLIS — When President-elect Joe Biden takes office in January, a member of his family will make history.

Major, one of his two German shepherds, will become the first shelter dog to live in the White House.

Animal shelters across the country, including Indy Humane, are excited about that and what it could mean for shelter pets.

David Horth, executive director of Indy Humane said, "Any time we see a shelter animal in a high-profile position, we're excited, because shelter animals sometimes get a stigma and get a bad rap of being less than and they're not. They're wonderful animals."

Major joined the Bidens (and fellow canine Champ) in 2018 as a foster pet, one of six puppies brought to the Delaware Humane Association in need of medical care.

"And we love it when people foster and then there's what we call 'foster fails' after they've fostered them and decide to adopt them," Horth said.

Many presidents from George Washington on have had dogs and/or other pets.

According to DogTime.com, Franklin Delano Roosevelt had everything from a Great Dane to a Pekingese. Dwight Eisenhower had a Weimaraner, Lyndon Johnson owned beagles and a collie and Richard Nixon had a cocker spaniel, poodle and Irish setter.

Several presidents also had "mutts," but as Hayley Wolf with Indy Humane said, Major is the first dog to be adopted from a shelter.

She said of the Bidens, "they could have gotten any kind of dog they wanted and they chose to go to a shelter and thought that was the best fit for their family."

The family is headed to the White House and boy what an adventure this is going to be. All the treats we are going to be getting from the @SecretService behind mom(@DrBiden) and dad’s(@JoeBiden) is going to be difficult but look at these faces. pic.twitter.com/0jb20l8J9b

"That says something. That says these dogs have value," volunteer Cindy Phillips said.

And while dogs were getting all the attention Monday, Horth said don't forget "we have many wonderful cats up for adoption."

Cats have also called the White House home, but for all the animals now waiting for forever homes, any house will do.