How lionfish are the scourge of the Gulf of Mexico

The fish are such a menace, destroying the delicate balance of the underwater ecosystem. 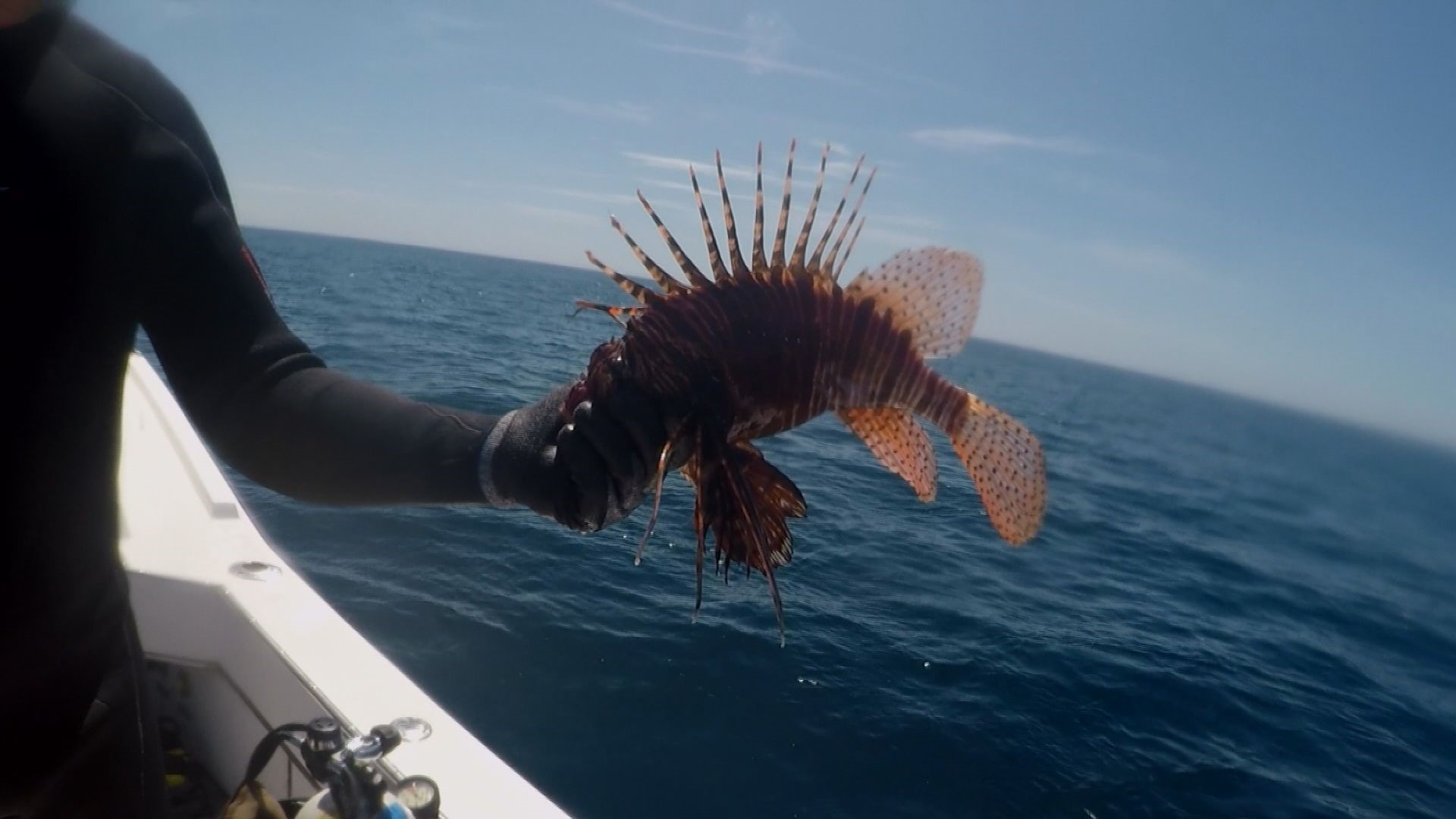 ST. PETERSBURG, Fla. — Local spear fishermen and women are joining the fight against lionfish, a predatory invasive species that eats native sea life and takes over reefs at a rate that has scientists alarmed.

10News tagged along with some of those who love the Gulf best.

“Anybody that's in this community knows it's a problem,” said Chris Emmons. It’s a concern he’s had for years since he sees juvenile fish being eaten and not reaching maturity the way they used to.

The lionfish are destroying the delicate balance of the underwater ecosystem. The spiny, striped creatures are fascinating to look at and are native to the Pacific Ocean. But during the 1980s, an aquarium was breached and the fish we dumped into the Gulf, where they made themselves at home.

Like the pythons in the Everglades, humans have been forced to try to control the population. If we don’t, the Florida Fish and Wildlife Conservation Commission is concerned that populations of native fish might not recover.

Video playlist: Lionfish: The scourge of the Gulf of Mexico

Hanna Tillotson, with the FWC Lionfish Control team, has seen it happen.

“Really just at an alarming rate, they're able to take over reefs,” she said.

Tillotson came down to St. Petersburg to encourage local fishermen and women -- and divers -- to consider participating in the state’s “Lionfish Challenge.” The program compensates people for becoming the human predators for these marine predators that don’t have natural predators in the Gulf.

What makes lionfish so dangerous is that they reproduce like crazy, and they have no predators. If the lion is the king of the jungle, the lionfish is the aquatic version.

"When you see a lot of lionfish, you don’t see anything else," Damon Shinn said. He’s been diving and spearing fish off the coast of Sarasota for four decades.

Tim Lehman is out looking for fish and lobster, but he takes down a device called a “Zookeeper.” It looks like diaper genie for lionfish. He spears them and stuffs them into the little prison. It also protects him from being stung by the fish’s 18 venomous spines.

Lionfish are not poisonous but are venomous; they’re a flaky white fish that people enjoy eating -- but beware of their spines. One sting and your hand will swell up to three times its size.

We saw it happen to Lehman on our dive. It's a pain he doesn’t mind, though.

“By getting involved, we are helping to preserve the natural resource that thrives in this area," Lehman said. "It’s really important for people to do that and try to harvest as many lionfish as possible."

Lionfish can reproduce by age one. That’s a remarkably young age of sexual maturity. Other reef fish don’t reproduce until five to eight years.

They spawn every four days, and an average female can spawn more than 3 million eggs a year. They can live in a variety of temperatures and as deep as 1,000 feet.

The fishermen we accompanied never leave shore without their "Zookeepers," but they know they’re putting a small dent in a huge problem. That’s why they want more locals to join the effort to fight back against the destructive invader. 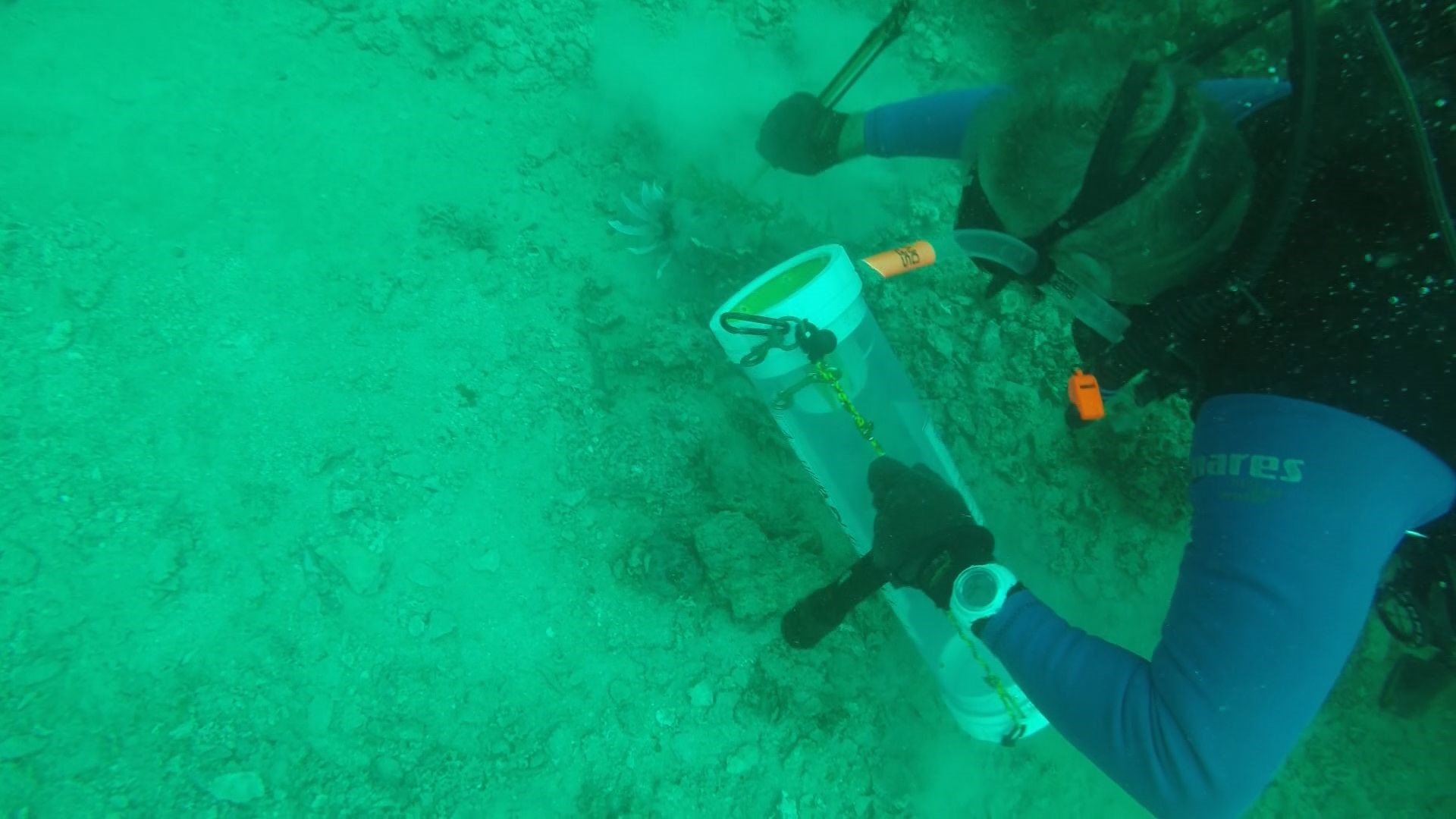 You don’t have to dive 100 feet to help. You can buy lionfish at Whole Foods, which is the largest buyer of lionfish in the state. They’ll show you how to filet and enjoy them at home so you, too, can be a predator. FWC also has a link to restaurants that serve these fish.

The FWC encourages people to remove lionfish from Florida waters to help limit negative impacts to native marine life and ecosystems. You could walk away with $2,000 if you catch certain sizes. The state’s "Lionfish Challenge" began May 18 and continues until Sept. 2.