There are about 60 dogs and 25 cats at the shelter that are currently up for adoption, and waiting to find their forever home. 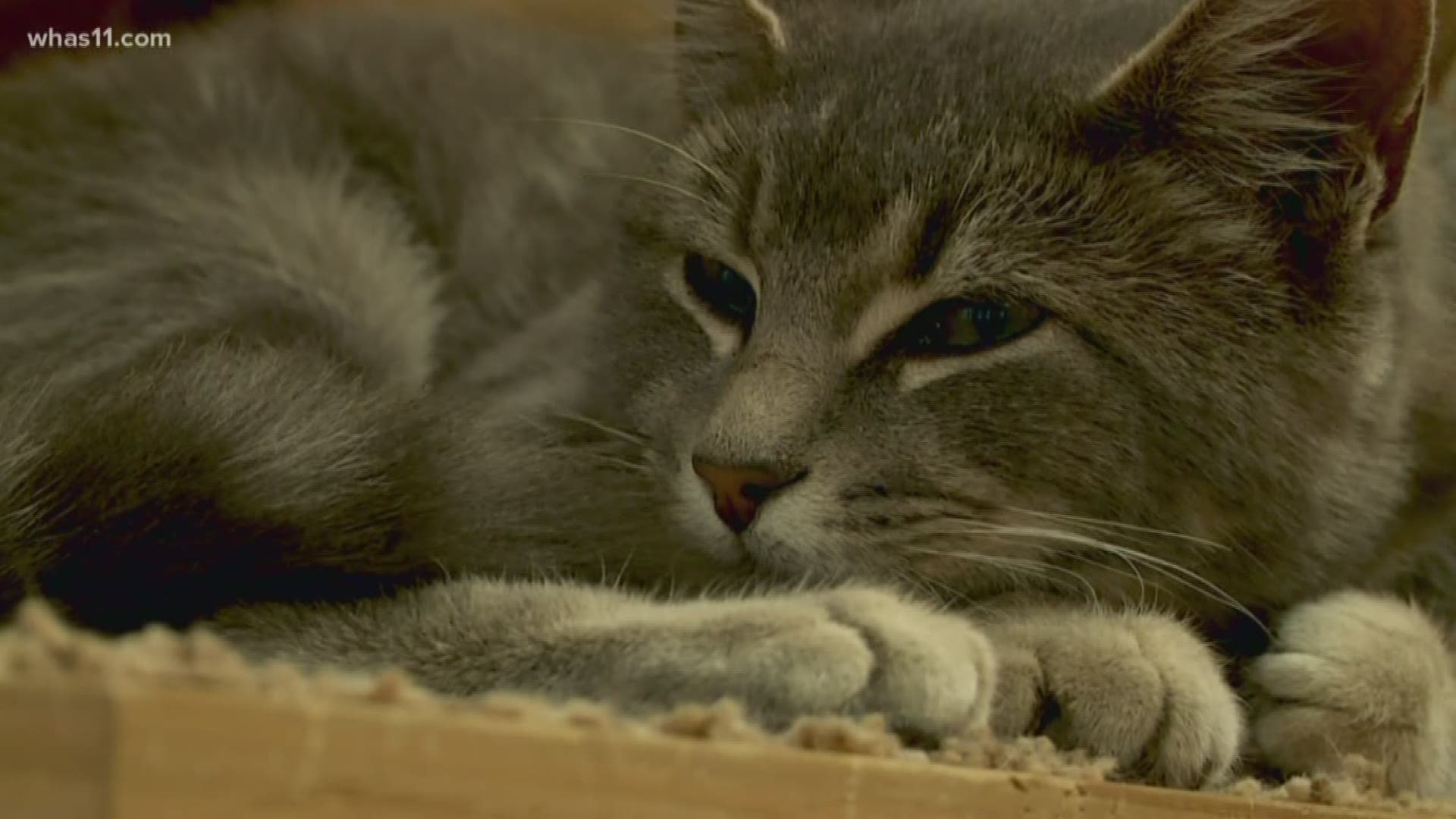 LOUISVILLE, Ky. — The Hardin County Animal Shelter was classified as a ‘No Kill Shelter’ for the first time in its history this week.

A shelter is classified as no-kill by not euthanizing for time and space, or overcrowding.

“We've actually maintained a live release rate of 95-percent, which as far as we're concerned is the definition of ‘no kill,’” said Director Mike McNutt. “In real numbers, this means of the 2,743 animals that transitioned through our shelter in 2019, over 2,600 departed with a live outcome. If we had maintained our archaic way of doing business, only about 1,650 would have departed with a live outcome.”

McNutt took over four years ago and said it’s been his mission to get more animals leaving the shelter alive.

“At one time, probably four or five years ago, there were euthanizing approximately 1500 cats a year which is a tragedy that had to be stopped,” McNutt said.

In 2019, there were less than 200 animals euthanized either because they were a danger to the public, of had health issues too severe to save.

“We had to change our protocol and our procedures and the key thing was having a vet,” McNutt said.

Having a full-time vet means surgeries can take place at the shelter five days a week, instead of two. It also means being able to control the county's community cat population by spaying and neutering them.

“With that, it decreased our cat euthanasia almost instantly,” McNutt said.

“Achieving goals takes teamwork and creative thinking,” said Deputy Judge/Executive Daniel London in a press release. “Our strategic planning identified the hiring of a full-time veterinarian as the linchpin of this effort, which was unachievable under the constraints of our austere budget. We presented our plan to stakeholders and concerned citizens who stepped up and provided more than $50,000 in funding for the veterinarian alone. Our appreciation and gratitude is profound.”

Donations for the veterinarian’s salary came from the Friends of the Hardin County Animal Shelter, Pets Are Worth Saving, Mark and Patty Jones of Herb Jones Auto Group and Steve and Nancy Park.

McNutt encourages pet owners to spay and neuter their animals.

There are about 60 dogs and 25 cats at the shelter that are currently up for adoption, and waiting to find their forever home.

'These animals are going to continue to die': Former staff expose abuse at Indiana wildlife refuge