The emaciated dog that was scooped up and rushed into the Kentucky Humane Society in late January is excitedly walking out, with new family in tow. 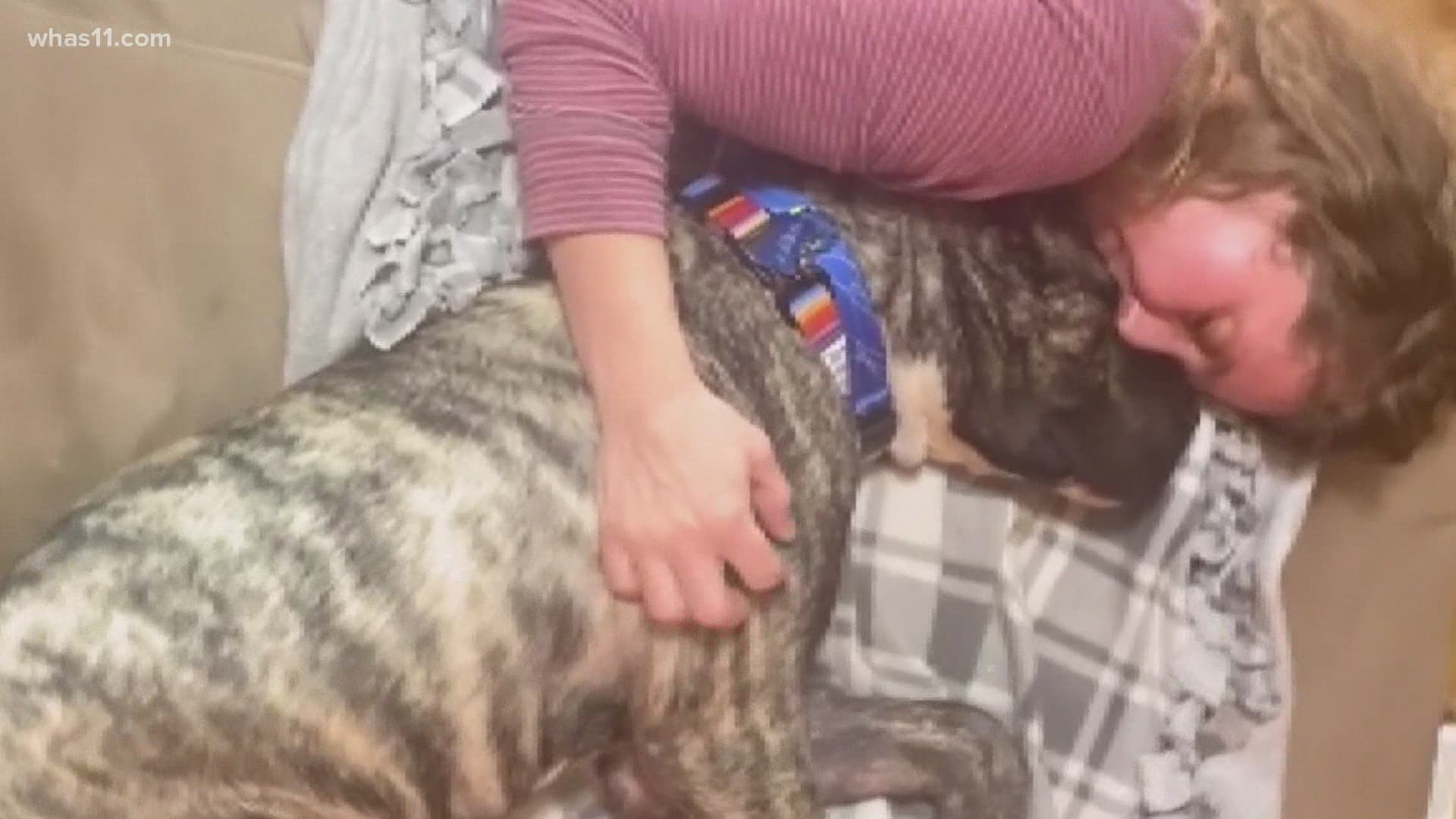 LOUISVILLE, Ky. — He was found dumped, lying on the cold ground in the Kentucky Humane Society's parking lot. It wasn't until a family saw him and called, that he was swept up by staff and taken inside.

"We weren't honestly sure if he was alive, he was lying on his side and not moving at all," Dr. Emily Bewley, Shelter Veterinarian at KHS, said.

He hadn't been named Ethan yet, he was a dog staff wasn't sure would survive, but he did have a heartbeat.

"We didn't know what his story would be," Dr. Bewley said.

From then on, you and I, the entire community and much of the country followed every update. Ethan did have some setbacks and neurological issues.

"It was devastating because you didn't think he had any chance," Ethan's adoptive father, Jeff Calloway, said.

He defied the odds, Ethan started walking shortly after. He gained weight and his kind-hearted personality began to shine through.

"One weekend that he was at our house, it was almost like a light switch came on and he completely changed," Calloway said.

His story is one that unfortunately isn't new to the staff at KHS, but they're hopeful that the love and support his story has garnered will create change when it comes to animal abuse.

"I think Ethan at least has started the conversation and is being a poster child," Dr. Bewley said.

The community has supported this playful pup from monetary donations to treats, toys and art. It has surpassed all expectations.

"Our city has just been like 'go Ethan, team Ethan' everyday, checking the website and it truly is so amazing," Dr. Bewley said.

Ethan was carried into the shelter, barely gripping life. Now, a little over a month later, he's confidently walking out, bone in mouth. His foster family turned adoptive family followed right behind.

"There was a connection, there was a thought that this dog was going to play some part in my life," Calloway said.

Ethan is getting the amazing ending everyone hoped for all those weeks ago, and his family has started a Facebook page to continue documenting his journey.