The dog that pulled on Kentucky's heartstrings after he was found emaciated in a parking lot may now be facing a new struggle. 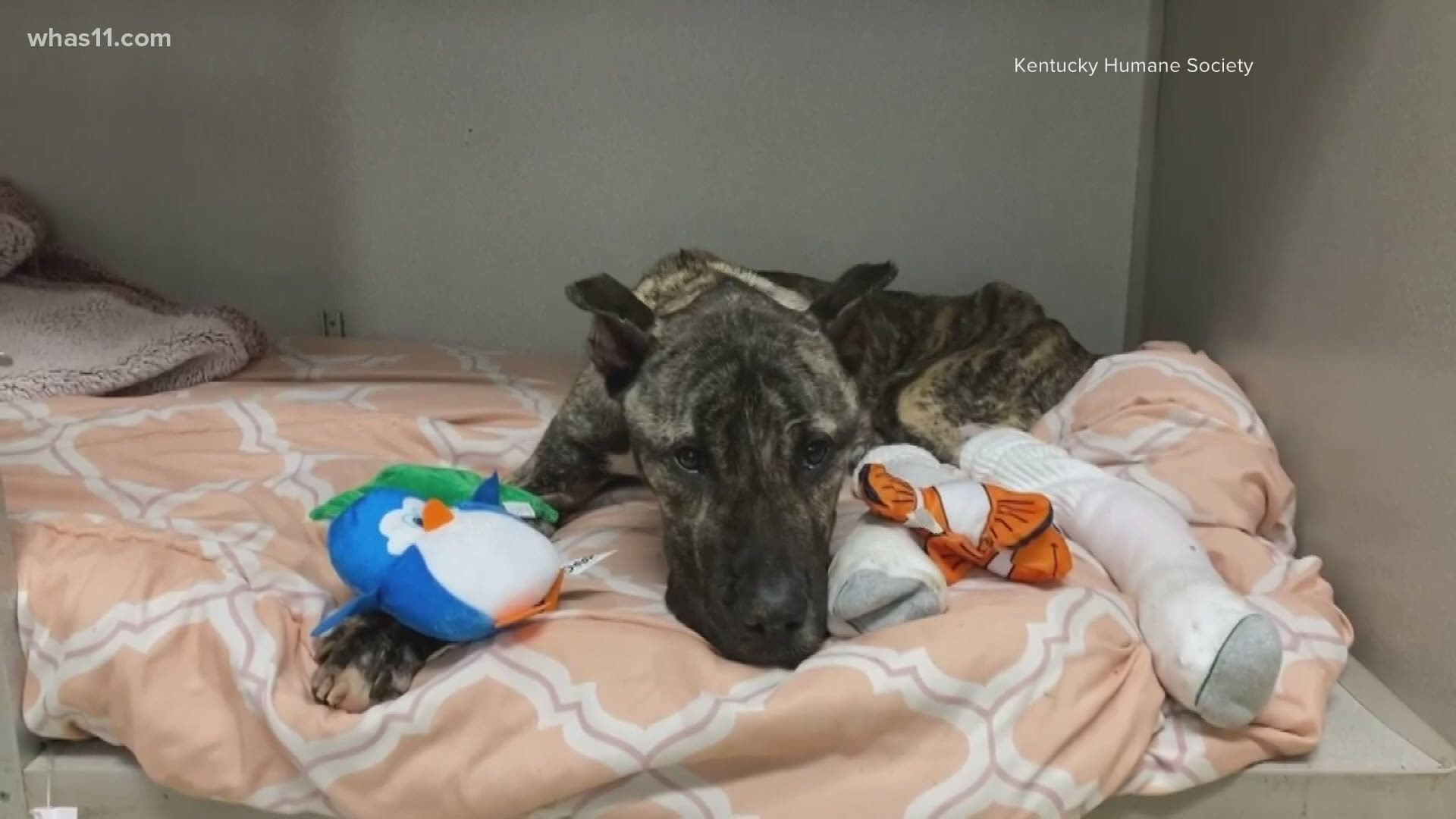 LOUISVILLE, Ky. — It was a Friday in January when Ethan was found on the cold ground in the Kentucky Humane Society's parking lot.

His body was emaciated and his caretakers ran to the rescue. Thousands cheered on his recovery, as he took his first steps.

Now, Ethan Almighty has a new hurdle to climb.

In an update on Facebook, Ethan's owners said an MRI confirmed numerous lesions and additional brain damage in his frontal lobe.

These neurological issues have caused the dog to have daily seizures. The problems stem from extreme starvation the dog endured prior to being rescued by KHS.

The post goes on to say that Ethan is heading in for additional blood work this coming week.

In the meantime, he said, "Please continue the EthanRevolution message and do something kind for someone…..everyday."

While folks may now remember than for his joyful and positive attitude, Callaway says he's been resting a lot lately.