'We are cautiously optimistic': Dog left for dead at Kentucky Humane Society gets to leave hospital

After spending a few days at the animal hospital, KHS said he's now stable enough go home to their facility. 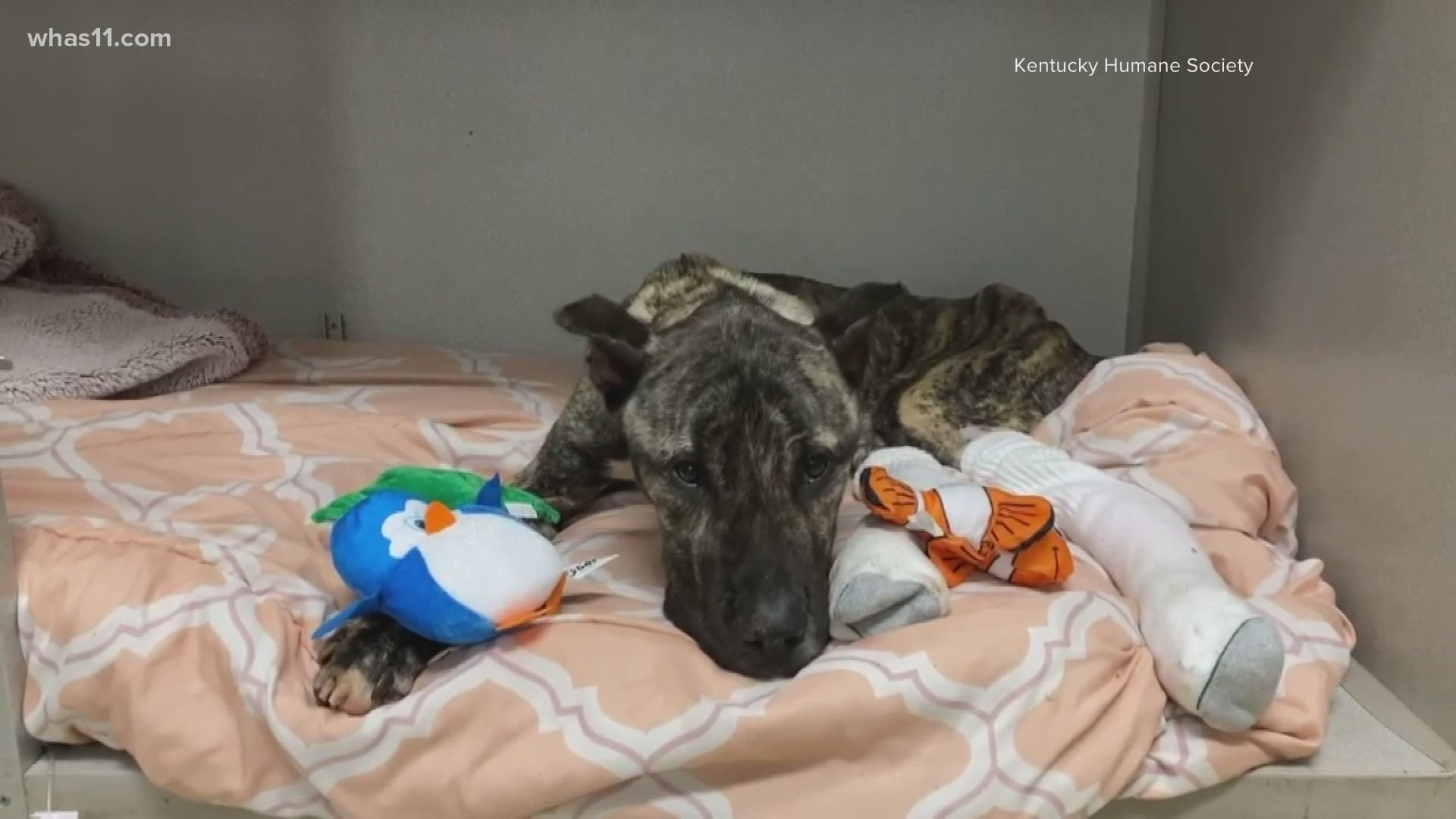 LOUISVILLE, Ky. — A dog left for dead in the parking lot of the Kentucky Humane Society is showing signs of progress.

"Ethan" was discovered by someone dropping off donations to the organization Friday. Shelter veterinarian Emily Bewley said a girl scooped the three-year-old dog up, ran him to vet services and staff began working on him immediately.

"He was just so weak, and he was essentially just dying right there in front of us," Bewley said.

The Kentucky Humane Society believes Ethan may have been locked in a crate without food or water for weeks based on his condition. While he had a heartbeat and was breathing, staff could not read a temperature.

"I've never seen anything so dehydrated ever," Bewley said.

In his first 12 to 24 hours at KHS, Ethan's conditions began to decline. Supplies Over Seas donated special fluids that KHS said have been helping him progress.

Though his odds of survival were still about 50/50 as of Monday morning, staff said he can now lap up water on his own.

"Every time I see him, he's a little bit better. He can perk his ears up. I saw him wag his tail once or twice," Bewley said. "Everything he has is going to just survive."

After spending a few days at the animal hospital, KHS said he's now stable enough go home to their facility. Ethan still needs constant care, but they're cautiously optimistic he'll pull through. While he recovers, he'll be spending time in his very own nursery, complete with toys donated by the community.

While KHS said Ethan is still a while away from adoption, gifts in his honor can be made through Facebook or online at www.kyhumane.org/donate.

Anyone with information on the person responsible for Ethan's condition is asked to call Louisville Metro Animal Services at (502) 473-PETS.