COVID-19 treatments and vaccines are being made at lightning speed. Similar research is being done within the animal community as well. 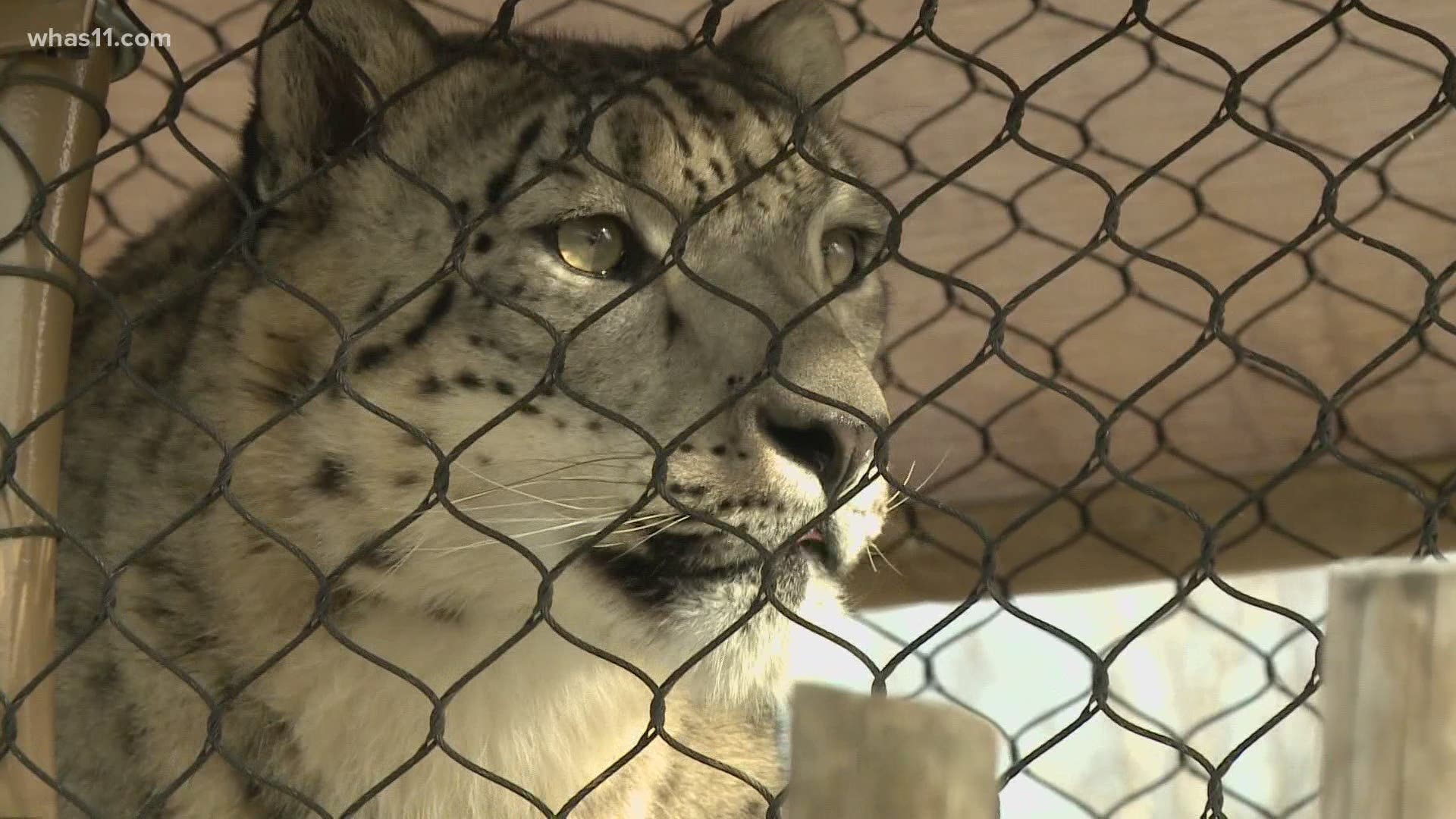 LOUISVILLE, Ky. — Zoos across the U.S. are working together to ensure all animals are getting the most up to date treatment. The research is constantly changing as new species are coming down with Sars-CoV-2.

Louisville's snow leopards were the first of its kind and now a gorilla troop at the San Diego Zoo Safari Park is recovering from the virus.

One of the elderly gorillas, named Winston, wasn't doing well. So the zoo used a monoclonal antibody treatment, much like the treatment that's currently being used in humans.

"Some patients treated at a certain period in their disease can be quite effective, but that's not a veterinary therapy, it's a human therapy," said Zoli Gyimesi, senior staff veterinarian for the Louisville Zoo.

Zoos in the U.S. are collaborating and distributing information about their treatments with each other as new species come down with the virus

Gyimesi said that while Winston had this human treatment, the product isn't in direct competition with people who need it. The zoo used an earlier version that was not for human use.

The snow leopards, which are now fully recovered, didn't need intensive treatment because their cases weren't severe. As far as using the antibody treatment in the future, Gyimesi said it's really case dependent.

Right now they're focusing on prevention-like PPE and social distancing.

"You know that's a real thing, not only for human to human transmission, but asymptomatic human that could be shedding the virus to an animal and not know it," Gyminesi said. "So we really try and be cognizant to how close we are to them."

This virus is affecting each species in a different way. For instance, the mink population is devastated right now because of the virus. Both companies in the U.S. and Europe are currently trying to find a vaccine for them.

"Now whether that vaccine could be applied to other animal species remains to be seen," Gyimesi said.

The Louisville Zoo said not only do they talk with other zoos, but if a non human primate were to come down with the virus, they'd also consult local doctors about new treatments.