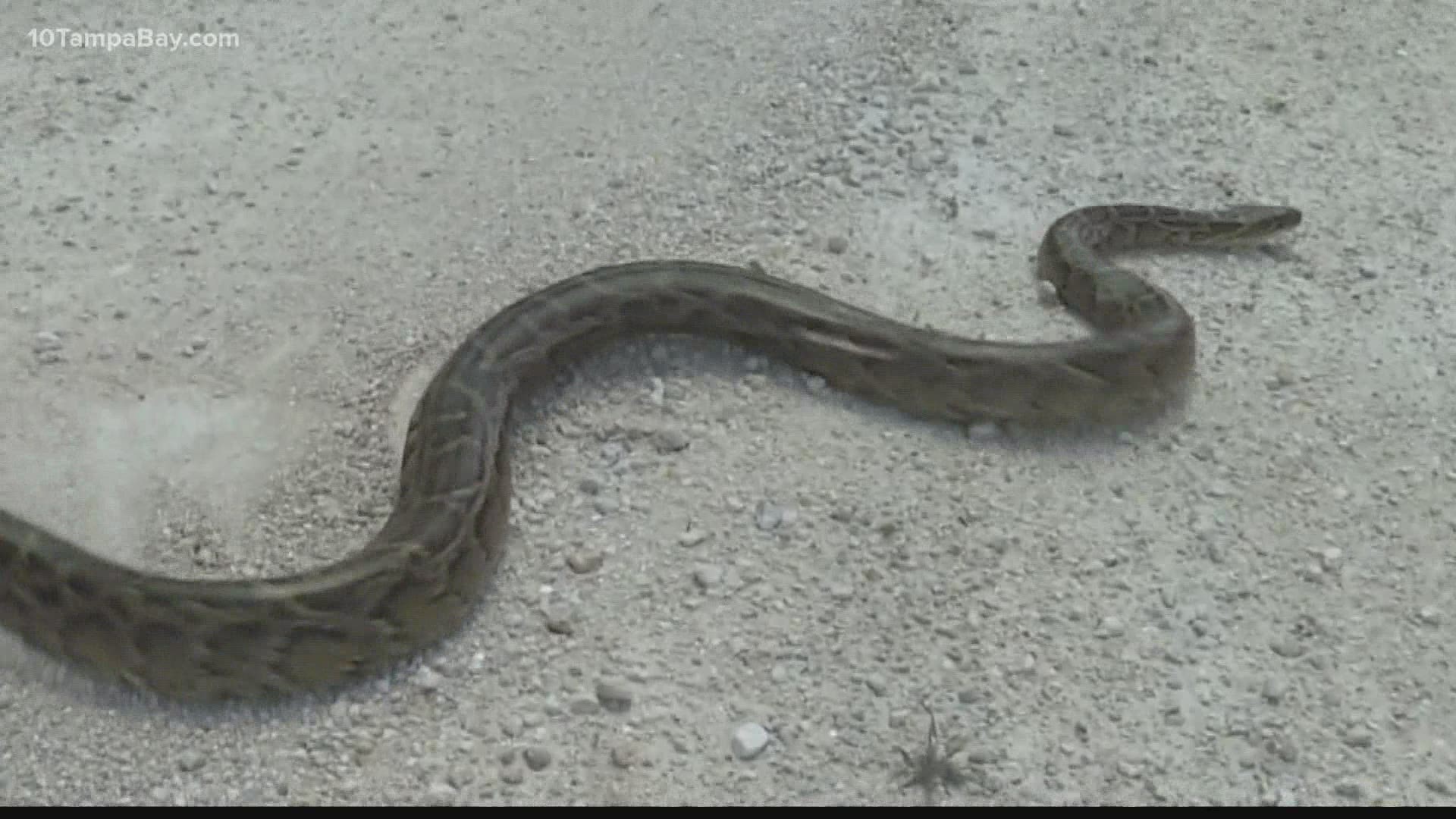 The list includes Burmese pythons, Northern African Pythons, Nile monitor lizards, green iguanas and more, reads a memorandum from the Florida Fish and Wildlife Conservation Commission. It contends these snakes and lizards -- 16 nonnative reptiles in all -- present a threat to the state's ecology and economy.

Florida Today reports the FWC and federal partners spend more than $8 million a year to manage the animals and the damage they cause, from iguanas burrowing into seawalls to pythons quite literally choking off native species.

“These animals are creating enormous issues for our state,” said FWC Chairman Rodney Barreto in a statement. “I have always been proud that Florida is looked at as a leader. Let’s take a bold stance. We have to put our foot down. The time has come, and we hope other states will follow.”

The final rules were approved during the FWC's Feb. 25 meeting and will eliminate commercial breeding and pet ownership of the 16 reptiles and place them on the state's prohibited species list, only allowing them for educational and research purposes.

More detailed information will be released soon, FWC says, including details on an approved amendment extending a compliance timeline for animal owners regarding outdoor caging requirements.

More than 1,400 written comments and 5,500 surveys were sent to the FWC about the proposed rule, Florida Today reports.

The agency says some current owners and shops trading in would-be banned reptiles, like the green iguana, would be grandfathered into the new rules. And, those owners will need to apply for a no-cost permit. People who work a business out of their homes, however, would have to rent a shop.

As noted by Fresh Take Florida, the "Ybor Snakeman" Cyliss Harrington said that would ruin his livelihood.

"If I’m not allowed to do that (transport the reptiles for exhibition), that completely kills my business," Harrington said during a virtual public workshop hosted by FWC. "This isn’t just a hobby for me."

"This is my life. This is what I do," he continued.

Others warn of a sort of slithery slope.

"The reptile industry as a whole is concerned with broad actions like this because, even though this draft rule might not be directly affecting your pet reptile today, if it passes as currently written, any reptile might be prohibited next," said Pete Bandre, owner of Incredible Pets in Melbourne, speaking with Florida Today.

“I’m very sensitive to the people in the pet trade and enthusiasts. But this action is a result of the invasive species that continue to get into the wild,” said FWC Commissioner Robert Spottswood in a statement. “We have so many of these species now: pythons, tegus, iguanas. These animals are doing lots of damage and we are incumbent to do something.”

The rule will go into effect later this year.