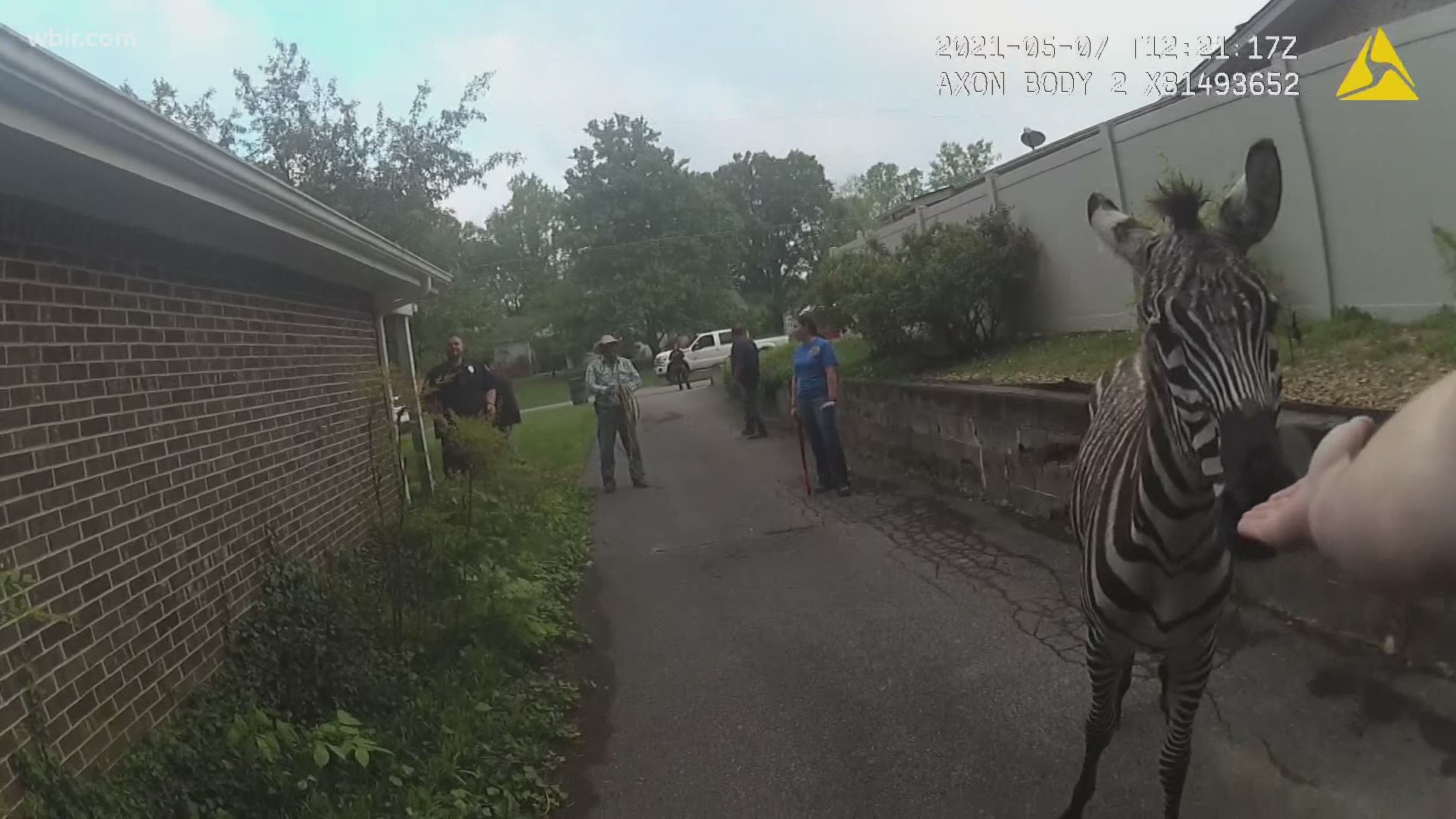 COOKEVILLE, Tenn. — Body camera video shows officers deploying their TASERs on a zebra that escaped from an exotic animal auction and led police on an hours-long chase earlier this month.

The first calls to Cookeville Police began pre-dawn, around 4 a.m. on May 7 reporting a zebra on the loose near Cemetery Rd. and Bunker Hill Rd.

It kicked off a three-hour chase as officers traipsed through backyards, driveways and wooded areas in their attempt to corral the animal.

"This is getting ridiculous," one officer can be heard saying. "Can we just tase it and be done with it?"

Officers end up deploying their TASERs twice, but it appeared to have no impact on the zebra which continued to run.

"I know we were practicing for pursuits, but I didn't think of pursuing a zebra," one officer said in the video.

Another grabs a rope and attempts to lasso the animal several times.

Eventually, they manage to corner it in a driveway and coax it into a transport trailer to return to its owner, the video showed.

The police department said there was no injury nor property damage reported.

The Tennessee Wildlife Resources Agency said state law allows people to own zebra. The law views them in the same category as horses and regulation of them falls to the Department of Agriculture.

It is not the first wild story of an East Tennessee zebra. Two years ago, the Blount Co. Sheriff's Office decided not to charge a Seymour man after people reported his zebra bit them.

In 2013, 'Zeke the Zebra' ran free in Cleveland, Tenn. for five months before it was captured and returned to its owner.