It’s an election like no other in the commonwealth. Money raised during the campaign goes back into the community thanks to the Rabbit Hash Historical Society. 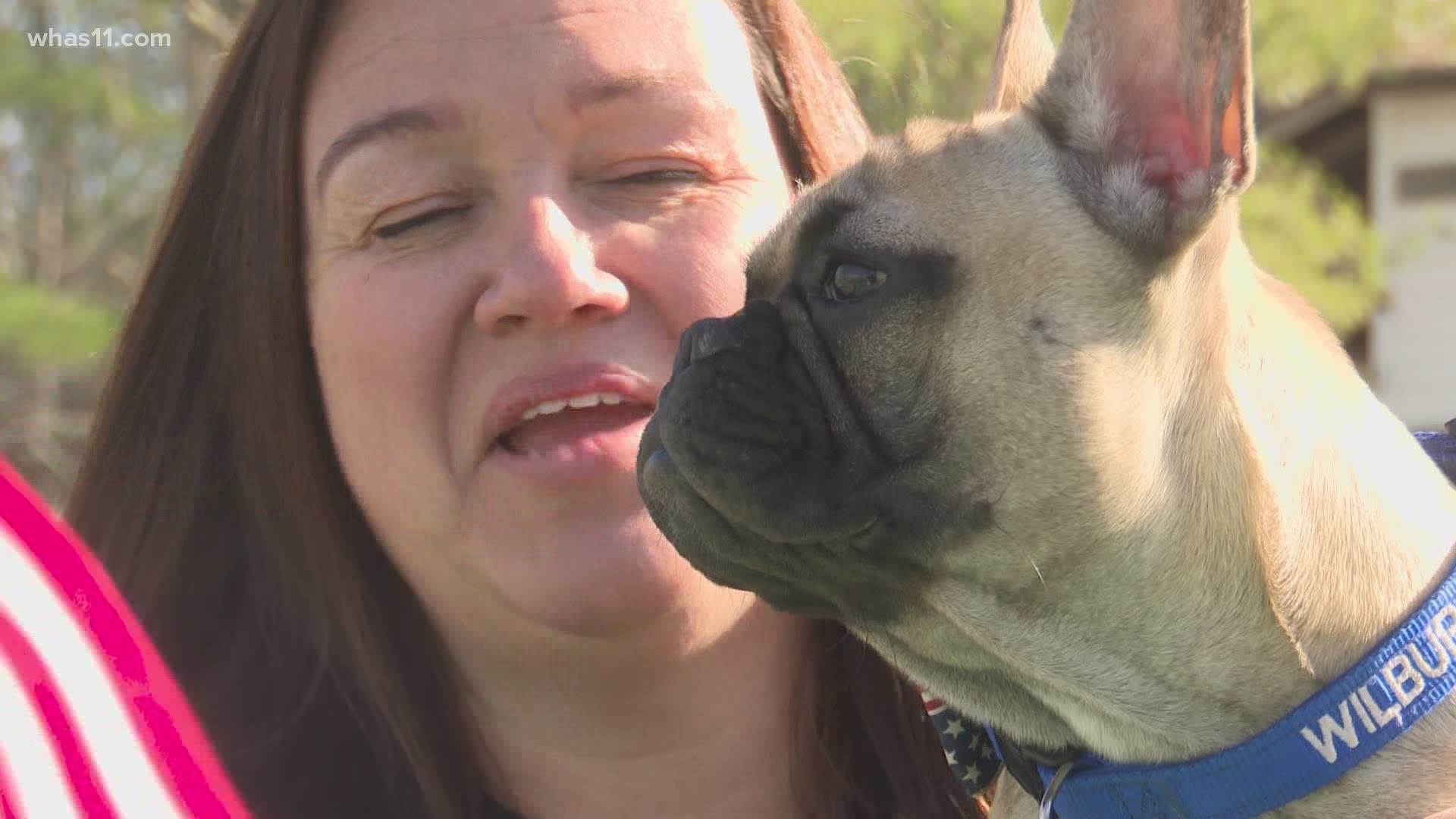 RABBIT HASH, Ky. — A Kentucky town that's about an hour and a half from Louisville has its own mayoral election and it's a doggone big deal.

The 2020 election winner is the smallest, shortest and youngest mayor to ever hold office at just 6 months old. That's because, 'he' is a bulldog.

For months we were inundated with political ads ---and Rabbit Hash is no different. Wilbur and his owner--make that his campaign manager--worked hard on the campaign trail and as of November 3rd, Wilbur is mayor-elect.

"His face never changes, we call it his resting Wilbur face," Bobbi Kayser said. She's the president of the Rabbit Hash Historical Society.

By looking at him, you’d never know this pup just raised $22,185 for the Rabbit Hash Historical Society.

"With the shorter campaigning time we had, I was not expecting a huge turnout of votes and this year we had a larger turnout than ever before. Wilbur won with 13,143 votes which is way above the previous mayor's income," Kayser said.

It’s an election like no other—one where anyone is allowed to vote no matter their age, no matter what part of the country or world you live in and drinking at the polls is a thing.

According to Kayser, this is a long standing tradition that dates back to 1998 when they were tasked with renewing a 200-year-old church down in Rabbit Hash.

With no money for the project, they had to get creative. So they started their own mayoral race—and charged every voter a dollar to vote. The rest as they say is history.

Since then the society is in charge of upkeeping the historic district ---they’ve been holding these races every 4 to 8 years depending on upkeep needs.

Many pups have held office before Wilbur, but before he was even alive, mama Amy Noland already had huge aspirations for this 6-month-old French bulldog.

"I’ve wanted to enter a dog into the competition since I was younger and now he’s the winner," Noland said.

"We actually encourage drinking at the polls because then people get more loose with their money, Kayser said.

This town might be known as Rabbit Hash, but a dog is running things.