After spending another winter in Bernheim Forest, Harper took off eight days ago. 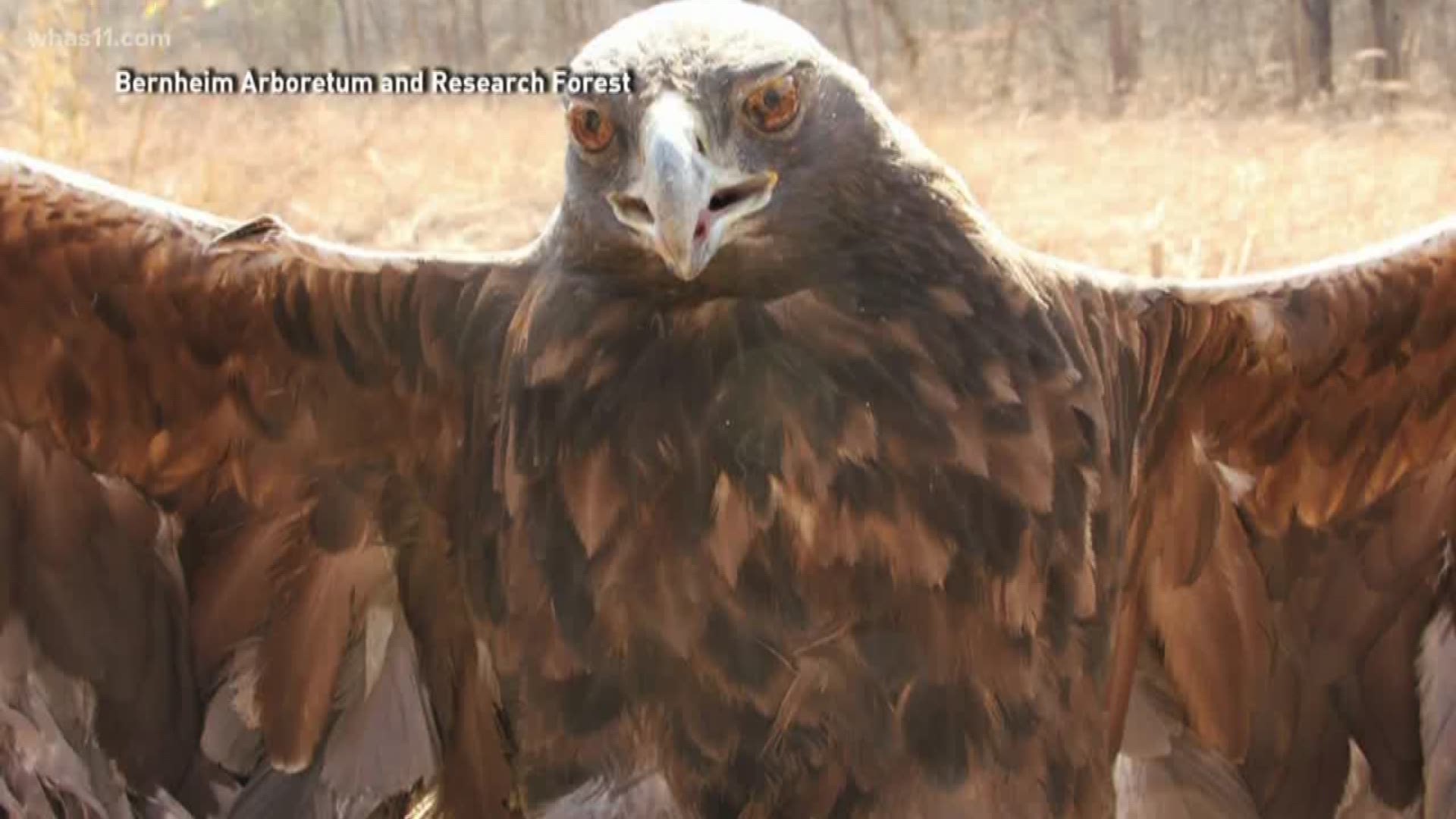 The folks at Bernheim tipped us off to their latest project. They are tracking a rare golden eagle with brand new equipment and you can follow along.

They have attached a state of the art tracking device on a golden eagle named Harper. The device can tell how high he's flying, and where he's landing on the way back to Canada.

Harper has been flying to Bernheim from Canada since 2015, but this is the first time a modern, solar paneled tracking device has taken the trip with him.

After spending another winter in Bernheim Forest, Harper took off eight days ago.