Beloved goat that was injured in traffic mishap gets new home

Houdini is still recovering from his injuries but will be retiring to an animal sanctuary in Meade County, Ky. 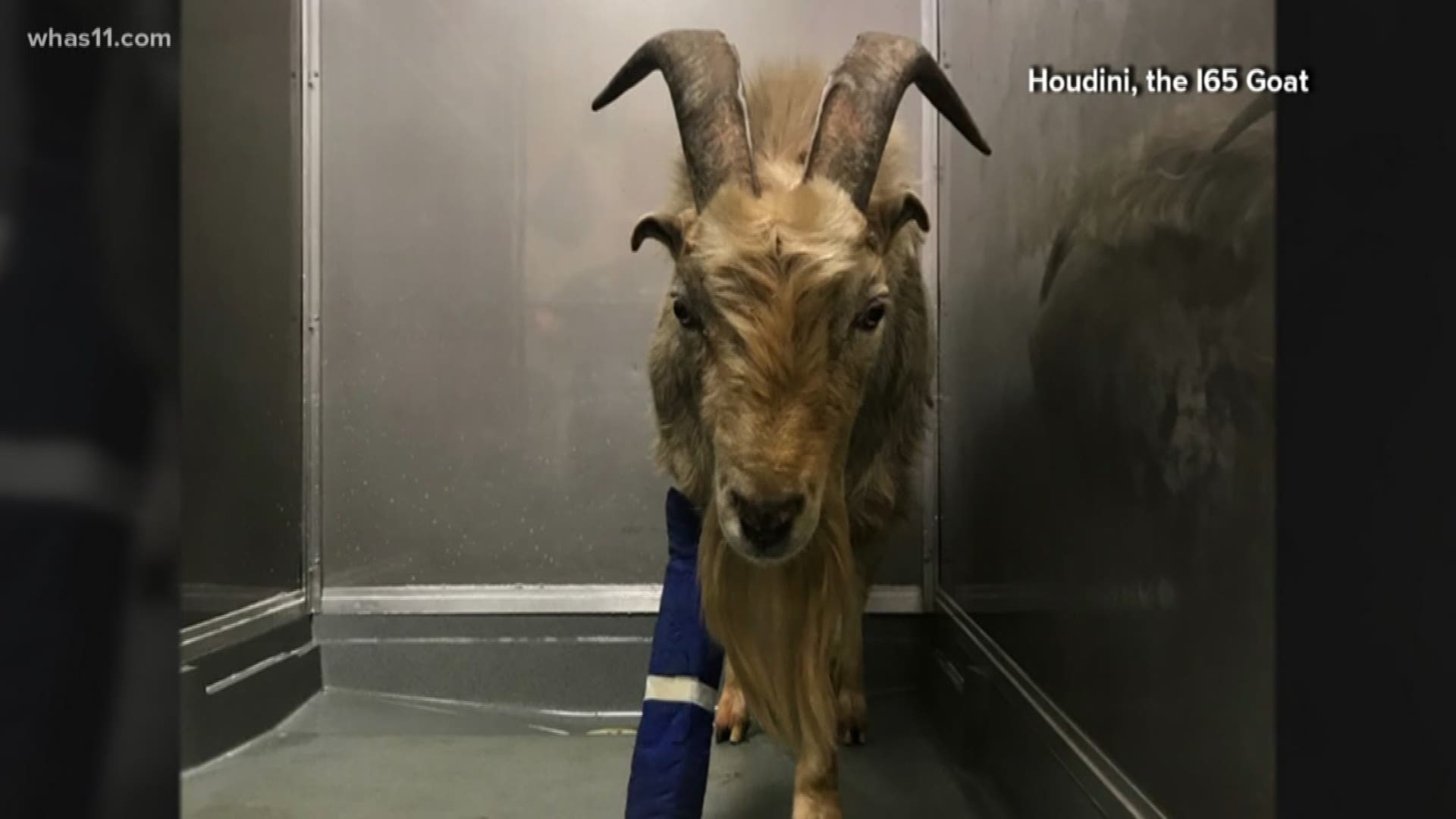 A six-member committee examined the options of where to send Houdini to spend his retirement.

RELATED: Houdini the I-65 goat expected to make 'full and complete recovery'

The committee unanimously recommended Broadbent Wildlife Sanctuary in Guston, Ky. The sanctuary was founded in 2002 and is a 4,600-acre site in Meade County, Ky.

“We are honored and excited to offer Houdini sanctuary for him to live out the remainder of his life,” said Broadbent General Manager Scott Hornback.

Houdini is still getting limited treatment and rehabilitation at Hardin County Animal Care and Control Veterinarian Dr. Jessica Perpich. She said his aggression and desire to be outside has made his treatment difficult.

Due to him still needing treatment, the selection of where Houdini would retire to was important, according to Hardin County Animal Care and Control Director Mike McNutt said.

RELATED: Beloved goat injured in traffic mishap on I-65

Fans can visit Houdini at the sanctuary but appointments must be made.