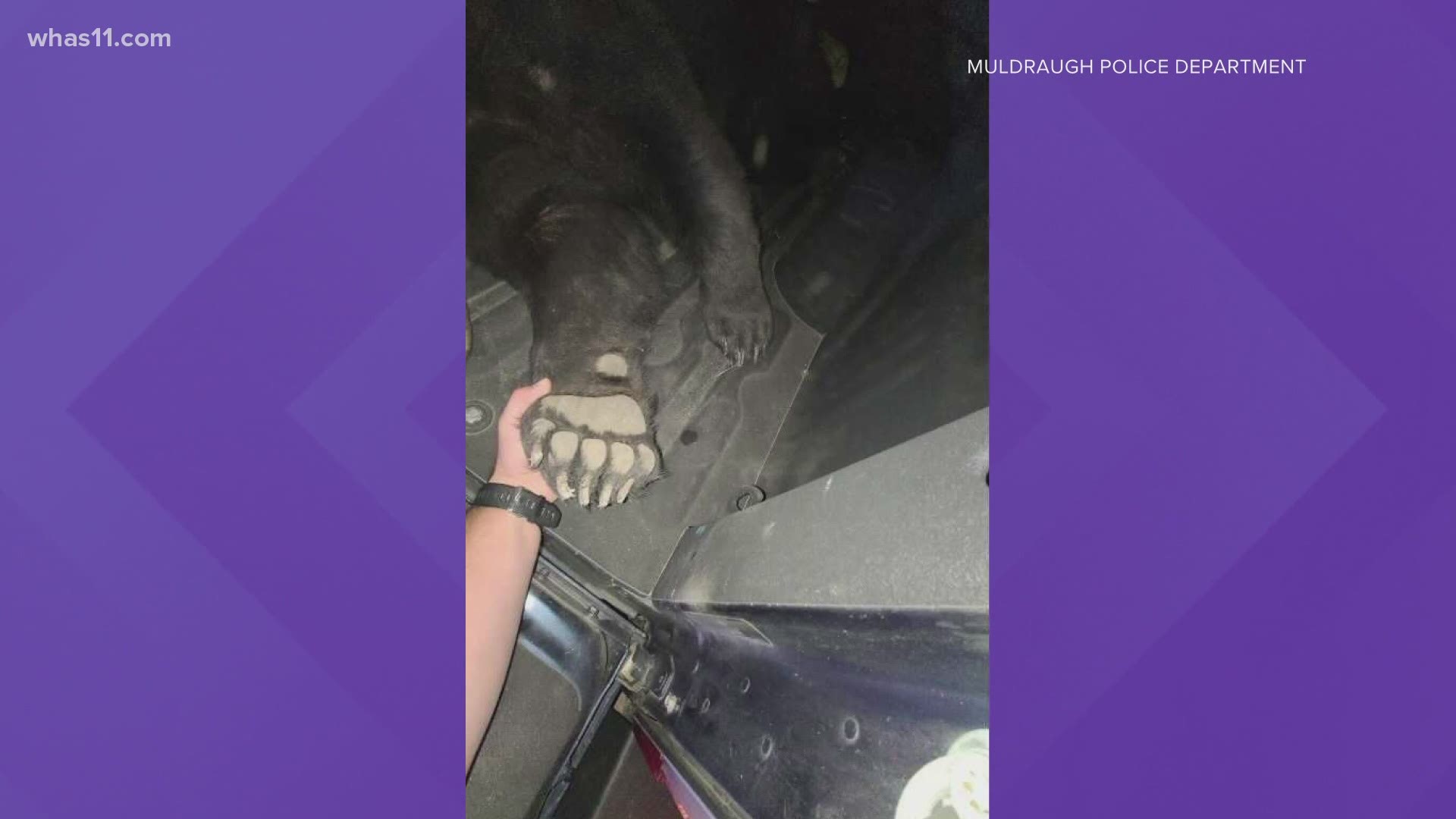 MULDRAUGH, Ky. — A bear has died after officials near Fort Knox said a woman hit the animal with her car on a Meade County highway.

Muldraugh Assistant Fire Chief Anthony Lee said a woman hit a black bear while driving on 31W Wednesday night. While the woman was uninjured and her car had some damage, officials said the bear was killed in the crash.

Officials said Kentucky has seen a growing black bear population over the last 20 years, though said bears are most likely to be spotted in the southeastern part of the state.

In September 2020, Shepherdsville Police confirmed a bear was hit and killed on I-65 North. Officers said it was likely the bear, found in the emergency lane between the 115 and 166 mile markers, was struck by an 18-wheeler.

For tips on how to avoid human-bear conflict, visit the Kentucky Fish & Wildlife website.

RELATED: 'Something bit my butt': Alaska woman attacked by bear in outhouse