Andrew Berry of Bernheim said it's a big compliment that they return year after year. 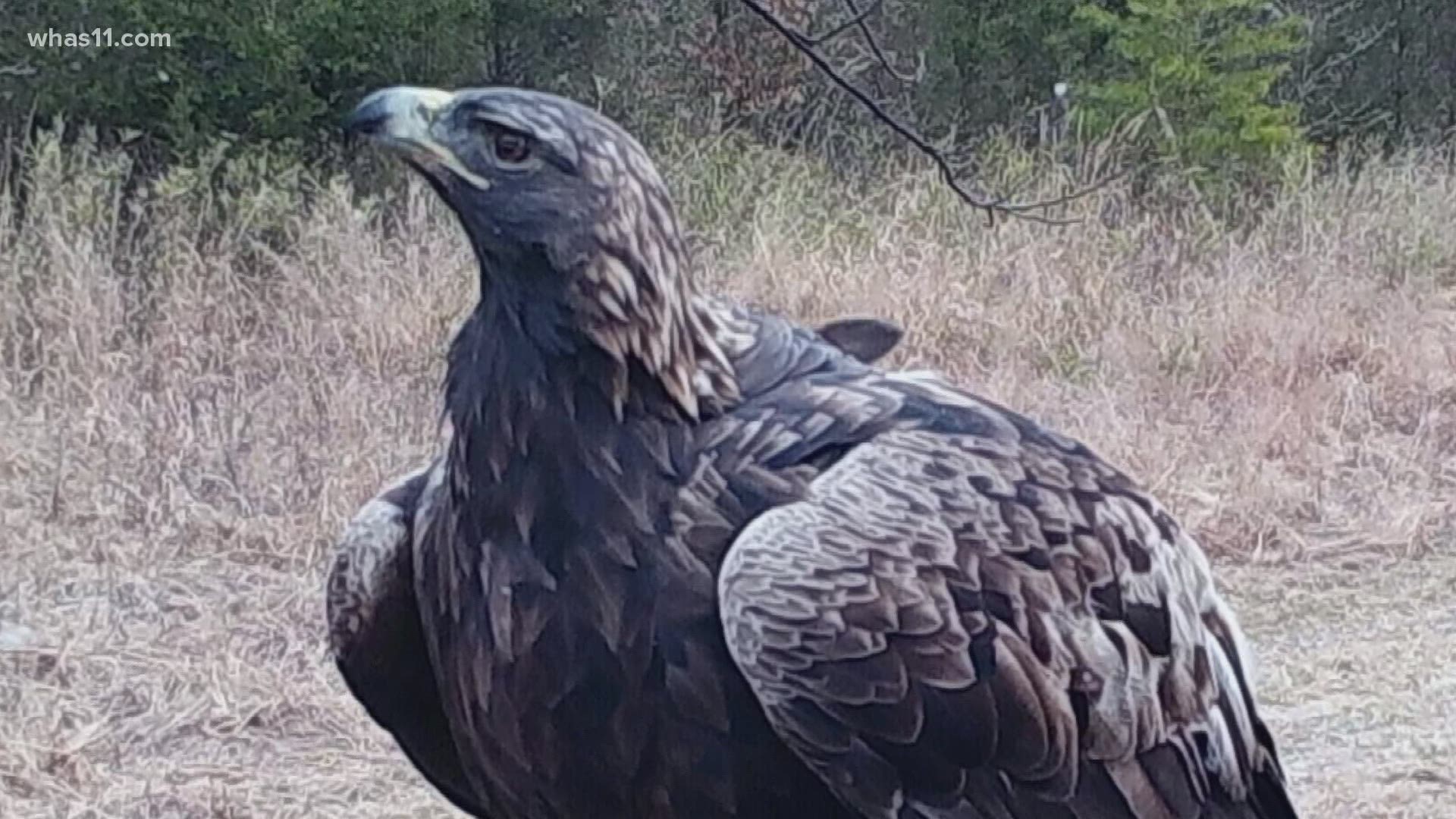 CLERMONT, Ky. — Athena, the golden eagle, returned to Bernheim Forest on November 8. She flew 1,500 miles from Canada, a trip she and her partner, Harper,  have been doing for several years.

Andrew Berry of Bernheim said it's a big compliment that they return year after year.

“They see Bernheim as a safe place. I think it means a lot for what we do to manage the land," Berry said.

Athena and Harper leave Canada in late summer and fly an amazing route. As they zero in back home, they check out the knobs of Indiana, the Ohio River and West Point Kentucky. Berry said, once at Bernheim, “We have had visitors to the forest see them and take pictures from a distance. But they are called rare for a reason. They are elusive.”

Harper is expected to arrive before Thanksgiving. He took a much different route to Kentucky this time. GPS that Bernheim attached to him years ago, shows he headed to Wisconsin. But will soon turn south to the Bluegrass

They like the comfort of Bernheim because they can eat unlimited amounts of turkey,  rabbits,  possum, dead deer,  you name it. Plus it keeps them through the winter.

But something else also happened while the two were in Canada, Berry told WHAS 11 News, “It appears they were able to hatch and raise a chick.”

SO THE BIG Question: Do we have little golden eagle offspring now checking out their parent's winter, Kentucky home?

Berry points out, “These birds have been a couple for quite a long time now. There’s a chance they have had several chicks by now that are grown and are actually here at Bernheim. They are very hard to distinguish in the air and from far distances. They resemble other large birds.”

Who would have guessed it? A  rare eagle resort twenty minutes south of the Gene Snyder Freeway.

Bernheim has now lifted its COVID-19 reservation program and is open again to all of the public.

A donation of your choosing is suggested at the front entrance.

RELATED: 'Everybody loves Noodle' Neighborhood pig wanders away from home, not for long after post on Nextdoor app