Officials said the cub was originally unresponsive and could not raise its head. Now, officials at Appalachian Bear Rescue said it seems to be in good health. 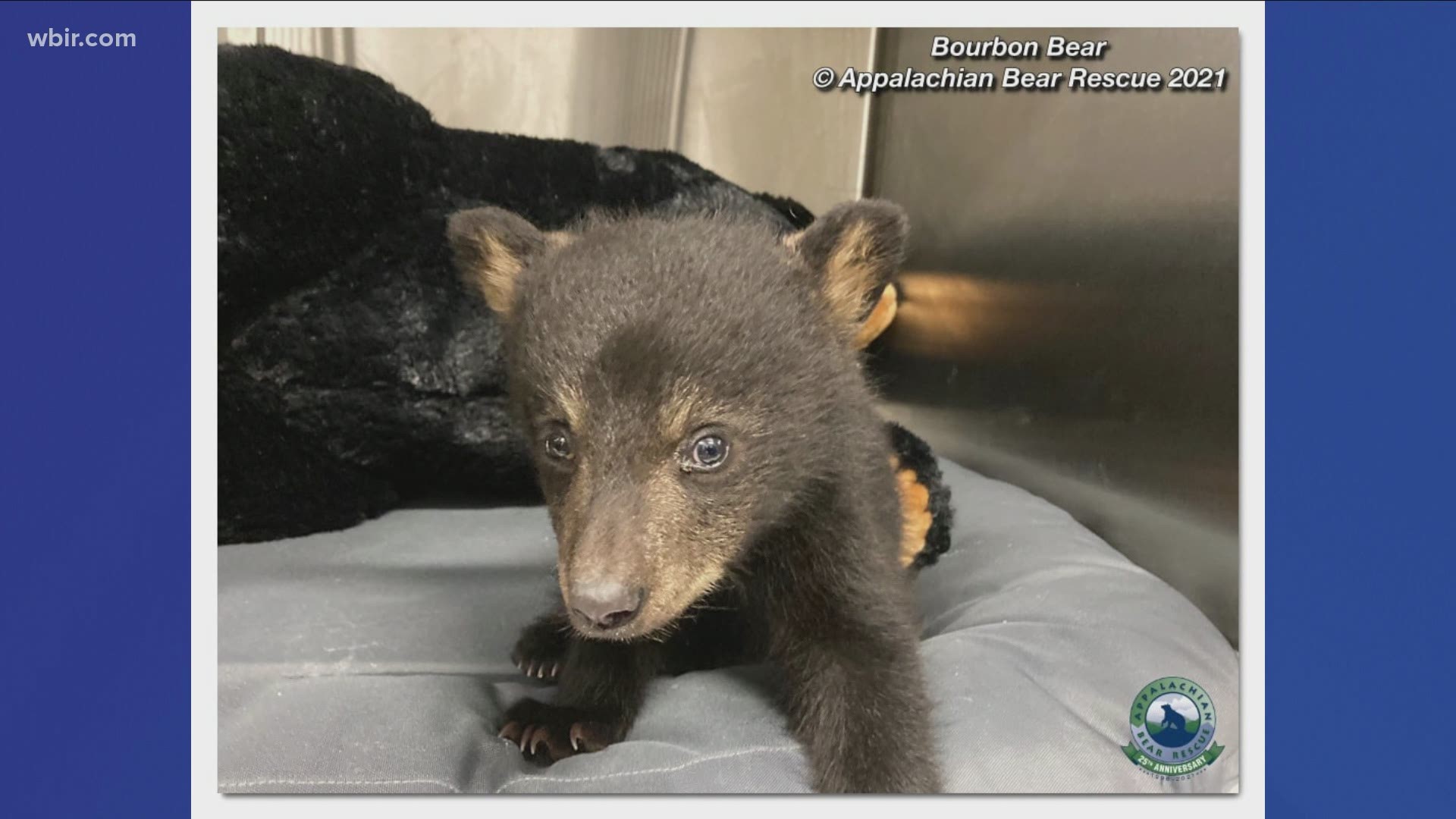 Officials said that he is from Kentucky and that he was found in a remote area. He was unresponsive and could not raise his head originally, but biologists gave it fluids before transporting the cub to ABR.

Bourbon Bear was examined at the University of Tennessee College of Veterinary Medicine, where doctors found that he weighed around 5 pounds and seemed to be in good health after receiving treatment.

He is now in ABR's Cub Nursery. Officials said they did not know what happened to his mother.