Why you shouldn't 'warm up' your car when it's cold outside

And why police departments are thanking us for these reminders. 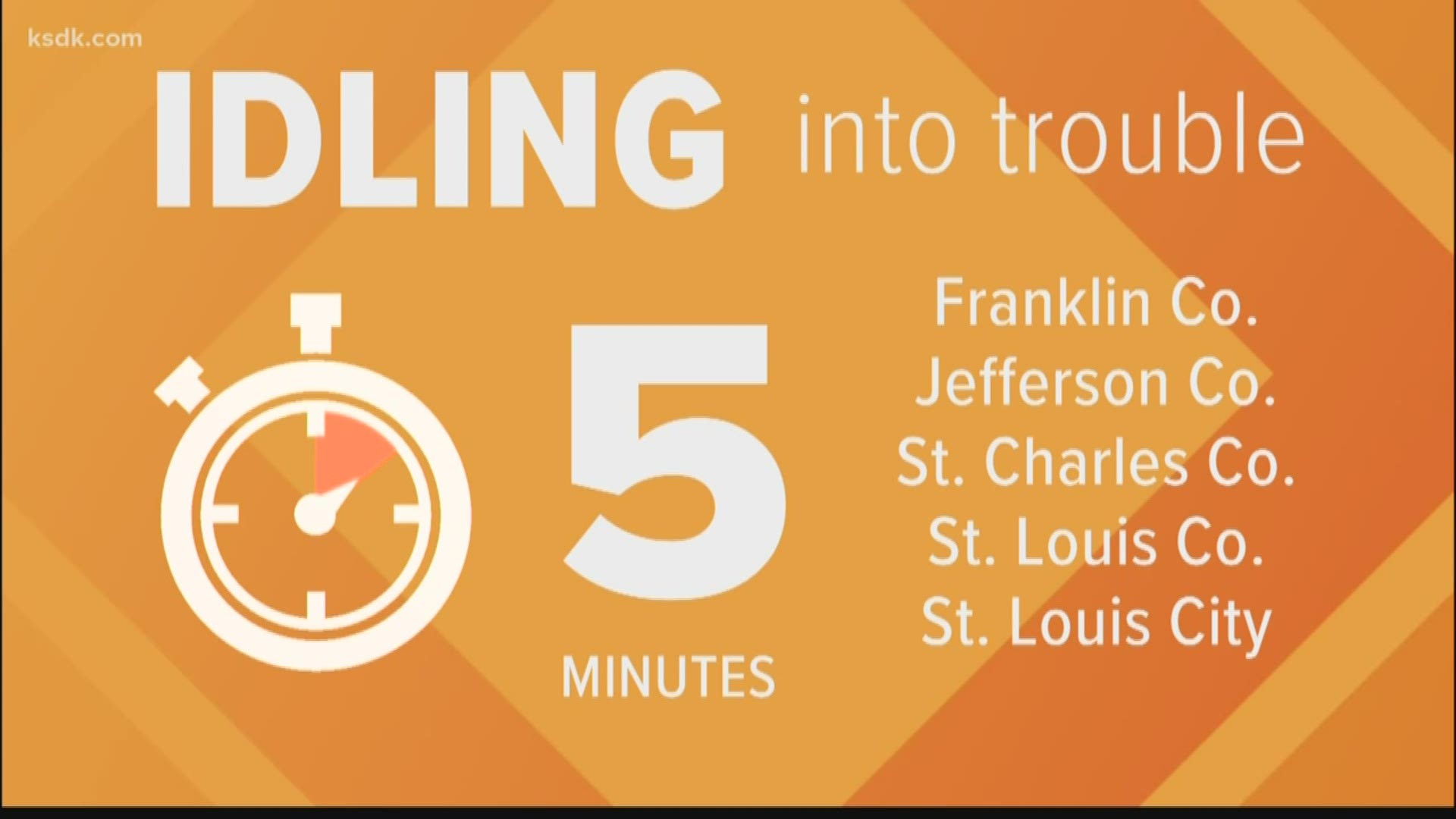 ST. LOUIS — It’s tempting to go out and start your car so it can warm up when you're getting ready in the morning, but it’s actually a bad idea for several reasons.

According to America’s Transportation Research Institute, you can’t let your car sit with the engine running for more than five minutes in any hour in Franklin County, Jefferson County, St. Charles County, St. Louis County or St. Louis city, though the city allows up to 10 minutes if its below 32 degrees outside.

On the Illinois side, you get up to 10 minutes for every hour in Madison, St. Clair and Monroe counties but there, they waive the limit if temps are below freezing.

These ordinances exist because that car exhaust is bad for the environment, but reason number two not to warm up and idle is that it’s bad for your car.

Experts said it actually strips your oil if you let your car sit for more than a minute before driving.

Gone are the days where you need to let your engine “warm up” before driving it, either. A few seconds to get everything into gear is really all you need, since your car, both under the hood and in the cabin, warms up faster when moving.

RELATED: Is your car ready for winter weather?

Reason number three may be the most pervasive: car thefts. Police departments across the bi-state said it’s an annual problem, people having their cars stolen while sitting with the keys in the ignition.

In St. Charles, Lieutenant Tom Wilkinson said they respond to calls at least once a week when someone leaves their car idling while running in to a convenience store, not knowing someone is watching and waiting for the right opportunity.

In the last two weeks, St. Louis County police have documented 17 vehicles stolen while warming up. They said 11 were taken from driveways while six were stolen from businesses.

Jefferson County Sheriff Dave Marshak tweeted a prediction that 30 cars “will be stolen this winter while running.”

Each department official with whom we spoke thanked 5 On Your Side for doing the story as the cold temperatures sink in.

RELATED: Tracking the cold air in the St. Louis area