Willow, a 38-foot wooden yacht, includes seating for 12 passengers. It is a 14-month restoration of Chris-Craft's first-ever 1929 Commuter Cruiser. 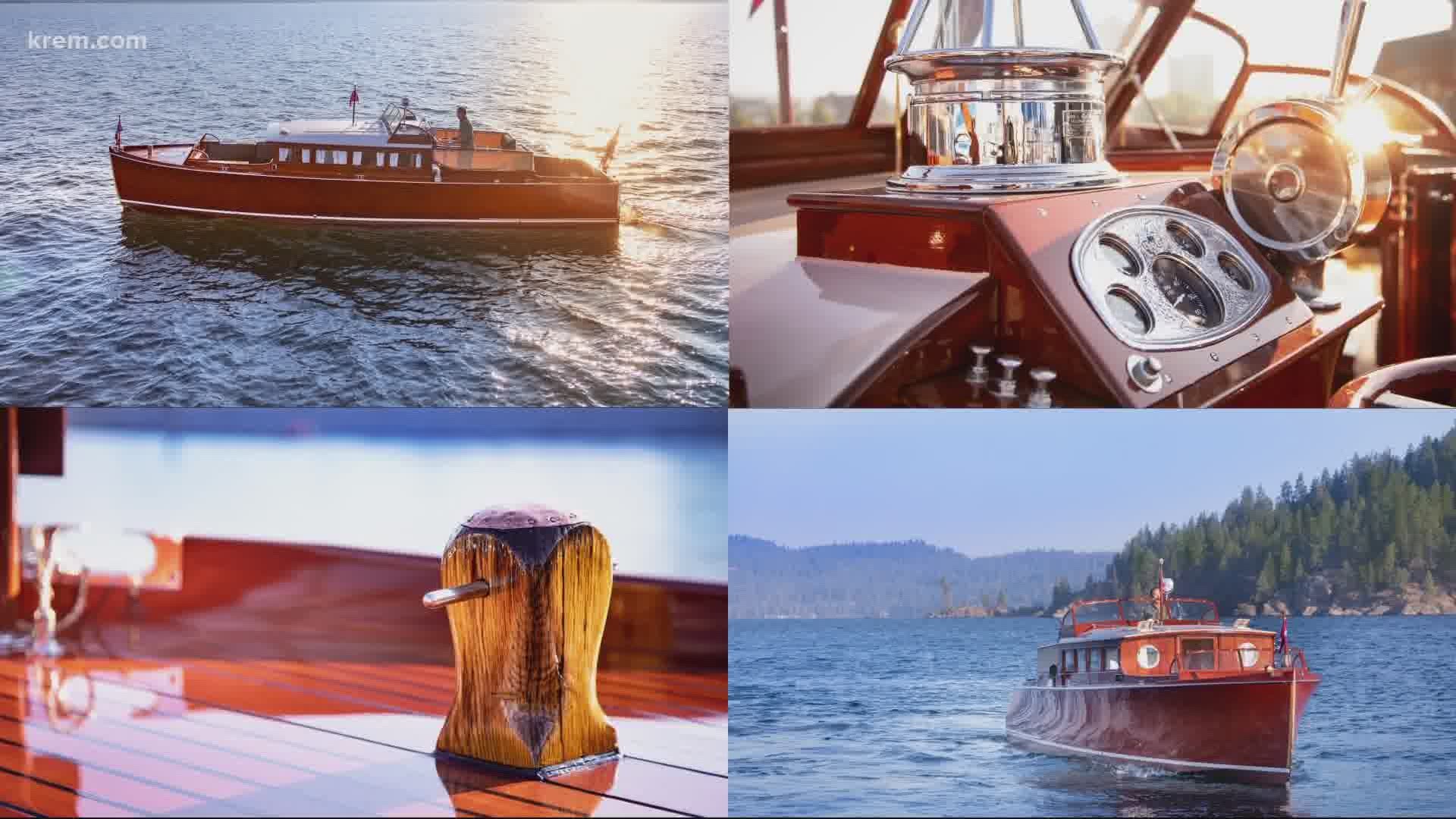 COEUR D'ALENE, Idaho — A wooden yacht that took more than a year to restore is officially on the market in Coeur d'Alene.

Coeur Custom, based out of Hagadone Marine Group in Coeur d'Alene, announced the completion of Willow. It is a 14-month restoration of Chris-Craft's first-ever 1929 Commuter Cruiser.

"This is the true definition of a wood boat," said Jim Brown, master craftsman at Coeur Custom who led Willow's restoration. “Each boat that we build, that we work on, that we restore, has its own personality. They have a character to them; they speak to you. She is a living, breathing, beautiful lady. If you take care of her, she’ll take great care of you.”

Willow, formerly known as Althea, was recently restored to the highest of standards with no expense spared —  it took $300,000, to be exact.

All eight craftsmen with Coeur Custom worked together on the project, with many of the original vintage features restored intact by the team.

The 38-foot yacht's cabin is made of mahogany and the hull is mahogany on oak. It includes seating for 12 passengers in the forward cockpit, bridge deck and aft cockpit.

The Chris-Craft Commuter was first launched in 1929 for its owner, businessman William F. Ladd of New York City, and has since earned the nickname "Queen of the Fleet." The yacht has won prestigious awards in five major Pacific Northwest wood boat shows.

Jerry Gilbreath, a nine-time world offshore champion and holder of more than 25 speed records, is selling the wooden yacht. Those interested in learning more about Willow are encouraged to contact Hagadone Marine Group by phone at (208) 664-8274 or online.

Mobile users, tap here to watch a video about the yacht