'We didn't talk about it at all, until after the war': Houston WWII veteran recalls secret mission 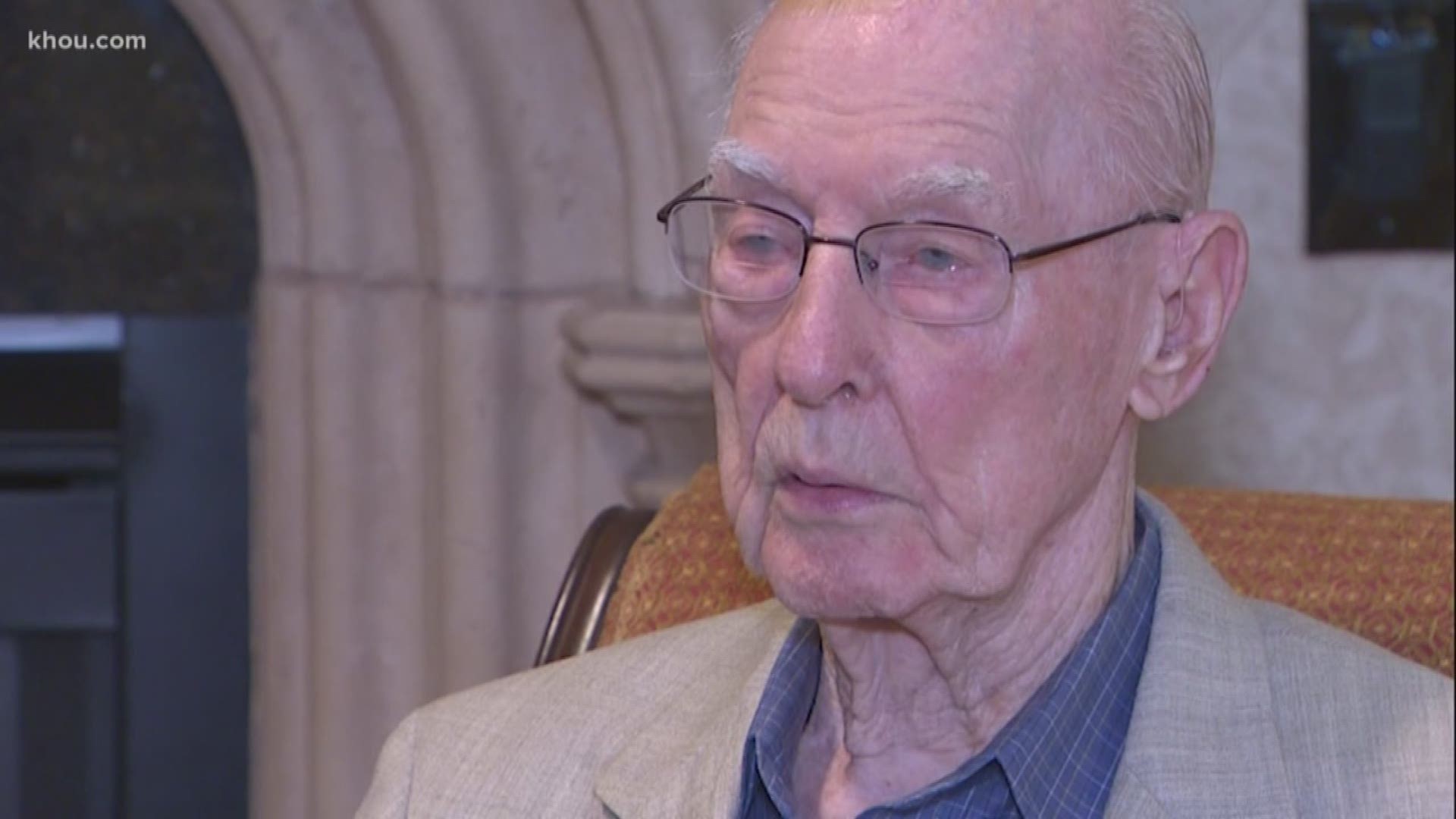 HOUSTON — A secret mission using a semi-submersible boat to infiltrate enemy lines sounds like a war movie plot, but it was a real-life adventure for 94-year-old World War II veteran George McCullough, of Houston.

"I lived those things," McCullough said. "You don't forget them."

McCullough was a 19-year-old sailor when the Office of Strategic Services, or OSS, recruited him for a secret mission.

"We didn’t talk about it at all, until after the war was over," McCullough said. "We were told not to talk about it.”

McCullough was trained to pilot a three-man semi-submersible spy boat, nicknamed “Gizmo,” because of his previous experience with small motorboats.

The operator had to poke his head up through a transparent box in order to see just above the surface.

The mission was to gather intelligence along Japanese beaches with the help of trained Korean Americans and former POWs.

"We would be on a large American submarine and it would pick us up and put us in the water and we would take the boat into the Japanese coast,” McCullough said.

McCullough went through intensive boot camp off the California coast in order to prepare to carry out the plan as World War II raged around the globe.

The little boats were transported in so-called “coffins,” a term McCullough wasn’t crazy about.

Although, he and a second “Gizmo” pilot were glad the war was over.

"Both of us were very disappointed that we could not finish our mission,” McCullough said.

KHOU reporter Jason Miles met McCullough at a senior living facility called The Buckingham, which is home to many other aging veterans.

McCullough spent four decades with Exxon after the war.

By the way, the OSS later morphed into what's known as the CIA today.

RELATED: Here are the Veterans Day deals in Houston