It's the countdown to the Tokyo Olympics and WHAS11 spoke with a family knows what it takes to win gold. 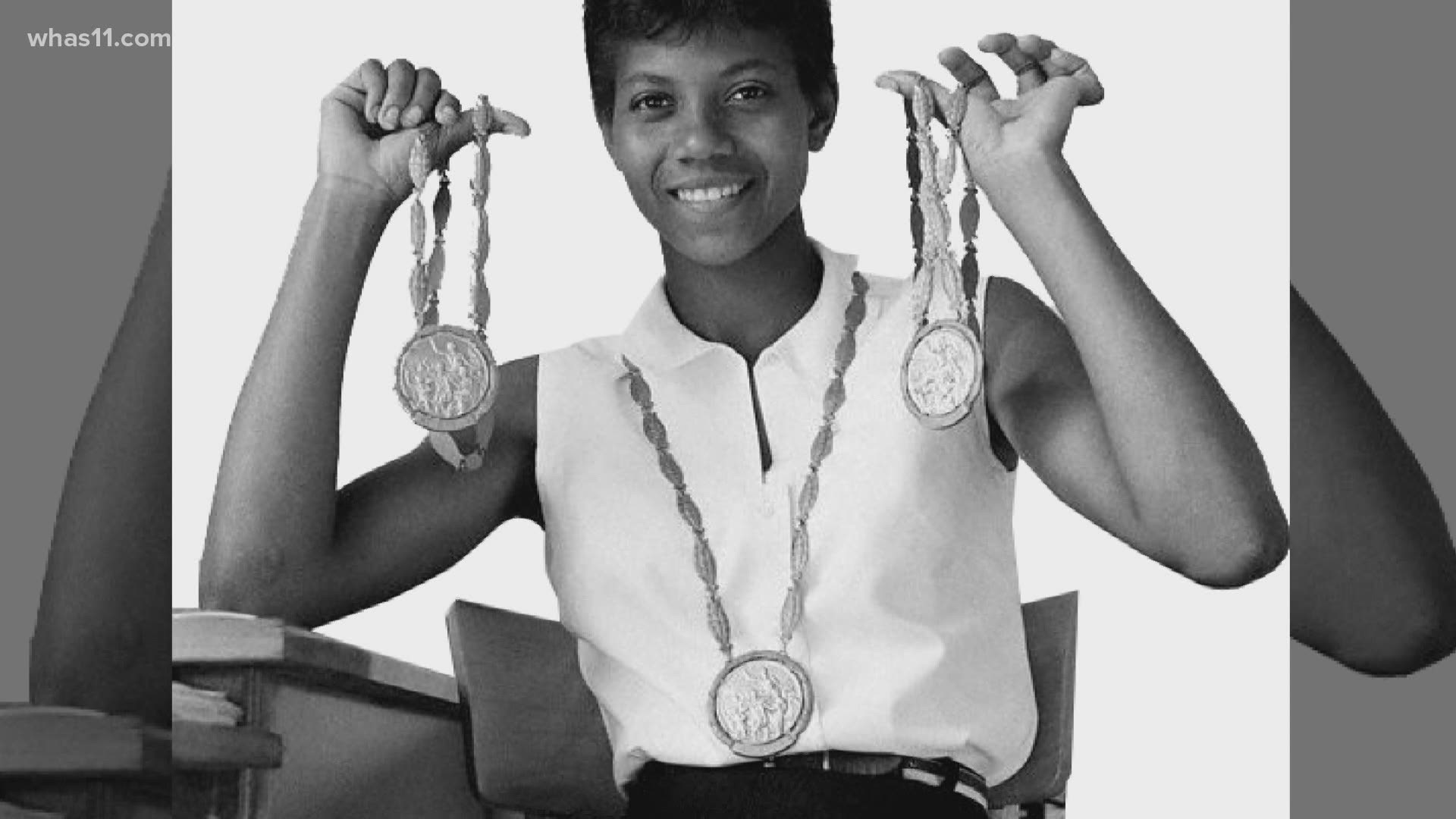 LOUISVILLE, Ky. — With the Summer Olympics just weeks away, we're looking back at an athlete that changed track and field in the 60s.

Olympic champion Wilma Rudolph has family in Louisville and WHAS11's Sherlene Shanklin sat down with her nephews who knew her as simply Aunt Wilma.

Not only was Rudolph an Olympic champion, she was a civil rights activist, coach, educator and mother of four.

She was born Wilma Glodean Rudolph, a premature baby having pneumonia, scarlet fever and polio. At five she wore a leg brace and could barely walk but was later named the fastest woman in the world. She was the first American woman to win three gold medals at one Olympic games back in 1960.

“I am Wilma Rudolph’s nephew. Wilma and my dad were brother and sister," Larry Rudolph said.

According to Rudolph's nephews, there were 22 children in the family. Their father was the first son and Rudolph was number 20.

Rudolph was called the Black Pearl, the Chattanooga Choo Choo but if you called her by her childhood nickname you really knew the track and basketball star.

“Skeeter was her nickname. They called her Skeeter because she was so small," Larry laughed. "She was called Skeeter all through college and most people don’t call her Wilma. The ones who really know her called her Skeeter.”

Even as a child she was resilient and turned obstacles into opportunities.

“She had polio and had to wear braces, the whole nine. More or less they thought she couldn’t walk again but she proved them all wrong. And when she finally got to walk and then run she would always race against the boys, would beat the boys. After a while, boys would never want to race her because they let a girl beat them and she was that fast,"

Sammy Rudolph said he didn't know his aunt was an international star until he was in fourth grade.

RELATED: The Greatest of All Time: Remembering Muhammad Ali on the fifth anniversary of his death

“I called my dad. I’m doing a story on a Wilma Rudolph. He said, 'Do you know who that is?' No sir. 'That’s your auntie. That’s my sister.' I went back to school, telling everybody that Wilma Rudolph was my aunt. I was so proud to have a famous aunt in a book that you read in school. It was just amazing," Sammy said.

Larry Rudolph said his dad actually kept Wilma’s three gold medals from the 1960 Olympics in his Louisville home for years.

“They were in his basement at one time. I remember going to his house and they were hung up in the basement. They were there for years but to us it was common knowledge and paid no attention it was medals to this day I couldn’t tell you what happen to them," Larry said.

Sammy tells me that a young Cassius Clay and Wilma were an item after the Olympics.

“I used to play basketball for Thomas Jefferson High School my junior year and a big limo pulls up outside Wilma Rudolph and Muhammad Ali, at the time was Cassius Clay, they came to my school to watch me play ball. I was telling everybody that’s my aunt. 'You don’t know that woman.' I said, 'Aunt Wilma' and she came over and gave me a hug and I got to shake Muhammad Ali’s hand," Sammy said.

This week, Rudolph would have been 81 years old. She died in 1994 of cancer. The state of Tennessee recognizes it as Wilma Rudolph Day.

Her nephews reflect on her legacy, saying "her name will live forever."

“For a poor Black woman, little Black girl to come up, reach the status she did equivalent it means a lot to the whole town because she put that town on the map Clarksville, TN was known because of Wilma Rudolph," Larry said.