A family of geniuses lives in Keller, Texas, but more than good genes are at work

These three siblings all graduated high school and started college by 13. Two earned degrees and were in grad school by 16. 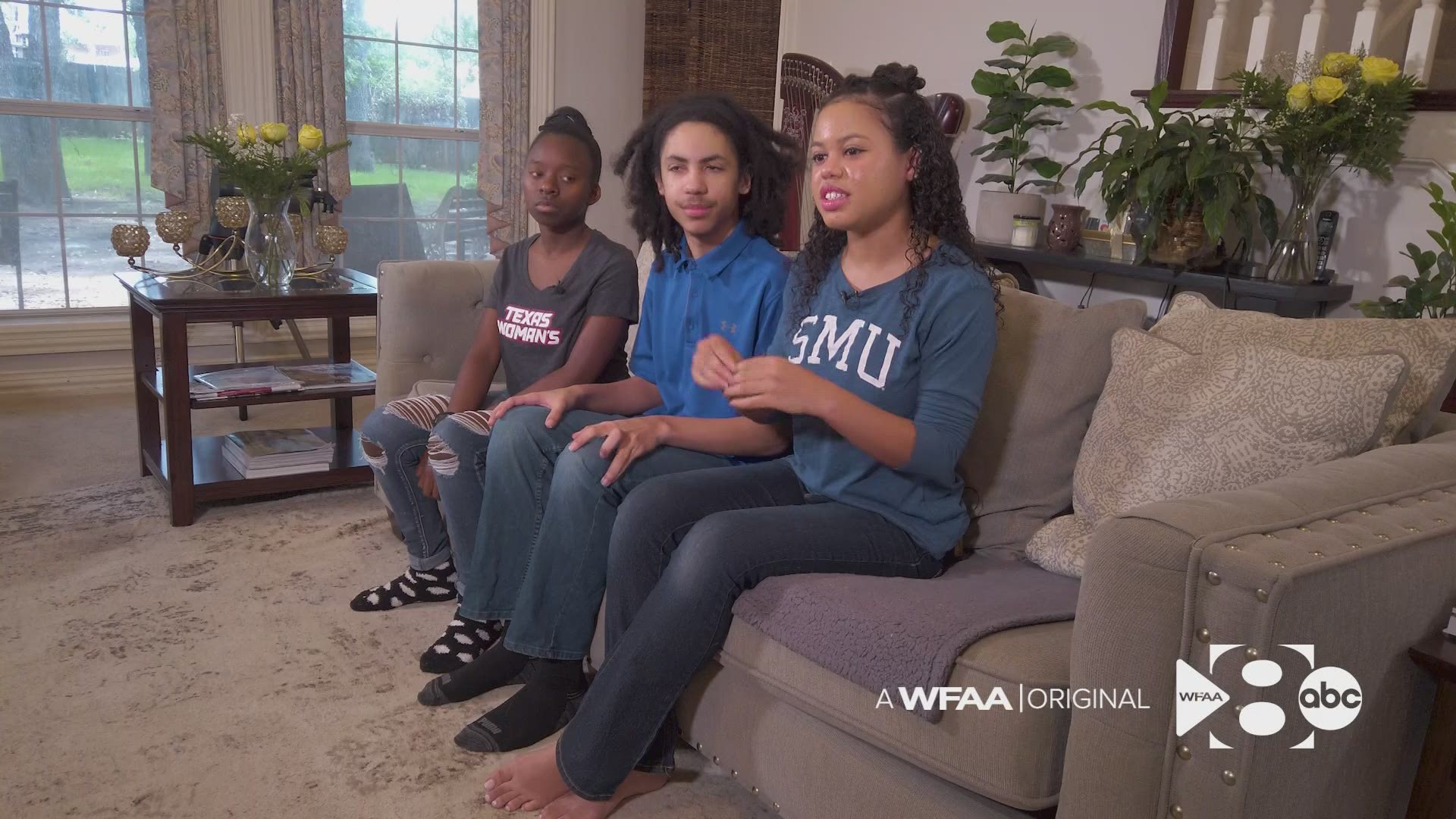 His young classmates would be puzzled about a concept the teacher was trying to explain, but he wasn’t.

His sister, Haley, is less than three years older.

She had similar – but not identical – experiences.

She grasped concepts quickly in class, and then quickly got bored.

Her parents were aware she was bright because she'd been holding adult-like conversations since she was old enough to talk.

But as she aged, she began acting out.

Fifth grade was the tipping point.

“We started to have an antagonistic relationship,” mom Myiesha Taylor said. “She got to fifth grade, and it was not getting better. I was waiting for her to understand that at some point – basically – she had to conform.”

Taylor began to worry that Haley needed to repeat a grade to give her time to mature.

A visit to a pediatric psychologist revealed a very different diagnosis.

She needed to skip several grades.

An intelligence test proved it.

That's when Myiesha Taylor and William Schlitz decided to leap into the unknown world of homeschooling their children.

“The most powerful thing about that test wasn’t the score. It was how Haley receives information best, how does she best learn. How Ian learns best,” Schlitz said.

Schlitz and Taylor began to tailor lessons to their children’s learning styles and personalities.

“Once we did that, Haley and Ian and Hana just took off,” Schlitz said.

Hana finished high school at 12 and is starting her sophomore year at Texas Woman’s University in Denton.

He is beginning work on his MBA through Tarleton State and he already started his own company, Kidlamity Gaming, which hosts video game tournaments for gamers between 8 and 17 years old.

Haley finished high school at 13 and earned her degree from TWU at 16.

She is 18 and is a rising third-year law school student at SMU’s Dedman School of Law in Dallas.

Haley is an accomplished pianist and harpist.

“Sometimes I’m looking around like, ‘How did this happen?’” Schlitz admits.

Haley said being gifted has helped all three siblings get where they are, but she believes hard work beats talent - especially when talent doesn’t work hard.

“I think a role is played in being gifted, but it’s not only being gifted. It’s being motivated to use that giftedness to work hard,” Haley said.

“It’s not just that they [taught us] one plus one equals two, and now we know all of calculus. It wasn’t like that – it was a lot of studying, a lot of hours.”

Hana is proof that a lot more than genes are at play.

She was adopted from an Ethiopian orphanage when she was only a few months old.

“It’s not entirely genetics,” she said.

“It’s also hard work and being around the hard work.”

Schlitz and Taylor remember terrifying moments when neither parent was sure homeschooling would work.

Now they know it did.

Haley and her mother even wrote a book about it.

Schlitz is a communications professional who was in honors and accelerated classes throughout his public school career.

Taylor is an accomplished emergency room physician who remembers her mom fighting for her to be enrolled in gifted programs.

“She had to argue for my inclusion in the pre-algebra class,” Taylor said.

They are teaching their children to honor their brilliance and their Blackness.

Their entire family has studied about Ethiopia and discovered a deep appreciation for African traditions.

Haley is now old enough to vote and has taken on several causes, even speaking to the Texas legislature about The Crown Act – a proposed bill that would outlaw discrimination based on someone’s hairstyle.

Schlitz and Taylor are proud of who their children have become, but they know none has reached their full potential yet.

Schliltz said he frequently tells Haley, Ian, and Hana:  “You’ve been blessed with this opportunity to shine. But, the real judgment of each of you is what do you do with this opportunity? That doesn’t mean you have to be Lebron James or President Biden. But, what impact do you make on the world?”