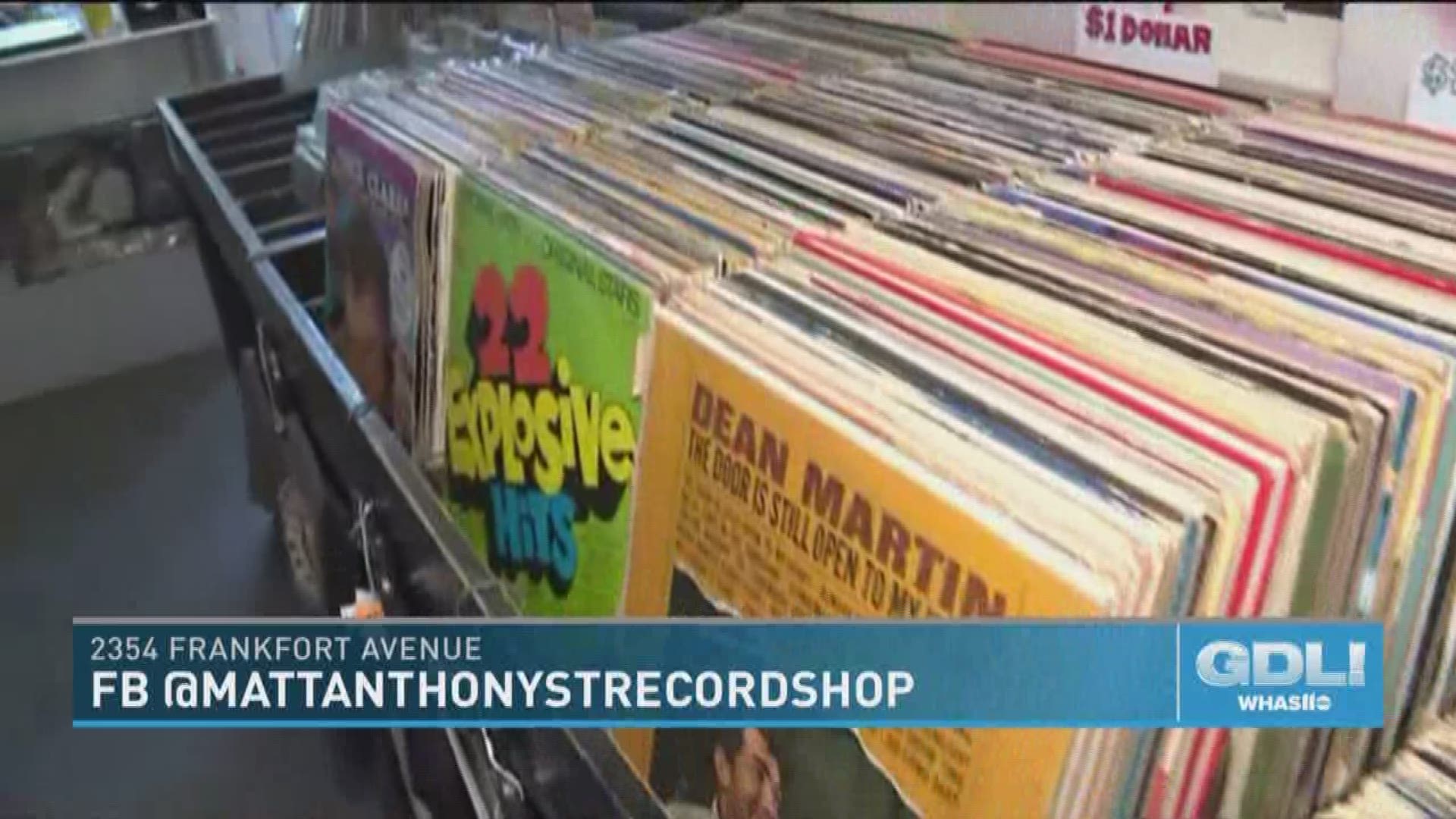 Located off Frankfort Avenue in the heart of the Crescent Hill shopping district, you’ll find one of Louisville’s hippest independently-owned record stores, Matt Anthony’s Record Shop. Local radio personality and former Ear-X-Tacy employee Matt Anthony has been bringing the music to the people since he was 13 years-old, DJing at US military bases all over the world. After serving as Ear-X-Tacy’s buying-manager for many years, the beloved local music stop closed in 2011 and Matt decided to open up his own brick and mortar store where he could collect and sell his own eclectic mix of music, comics, clothing and artwork. Matt Anthony’s Record Shop opened in 2012, originally located inside Tim Faulkner Gallery in Butchertown. Matt’s business grew quickly and he eventually relocated to a new expanded storefront location off Frankfort Avenue in early 2014, where it remains open today. Voted two-time winner of of the Louisville Music Awards “Best Live DJ”, you can still find Matt Anthony spinning records at different events and venues throughout Louisville. He is the host of WFPK’s Sound Clash, which airs every Friday from 8 PM to midnight, as well as the host of Jazz Pulse, which airs on Sundays from 1 PM – 3 PM. Tony Vanetti stopped by Matt Anthony’s Record shop to get a look at what’s on the shelves. 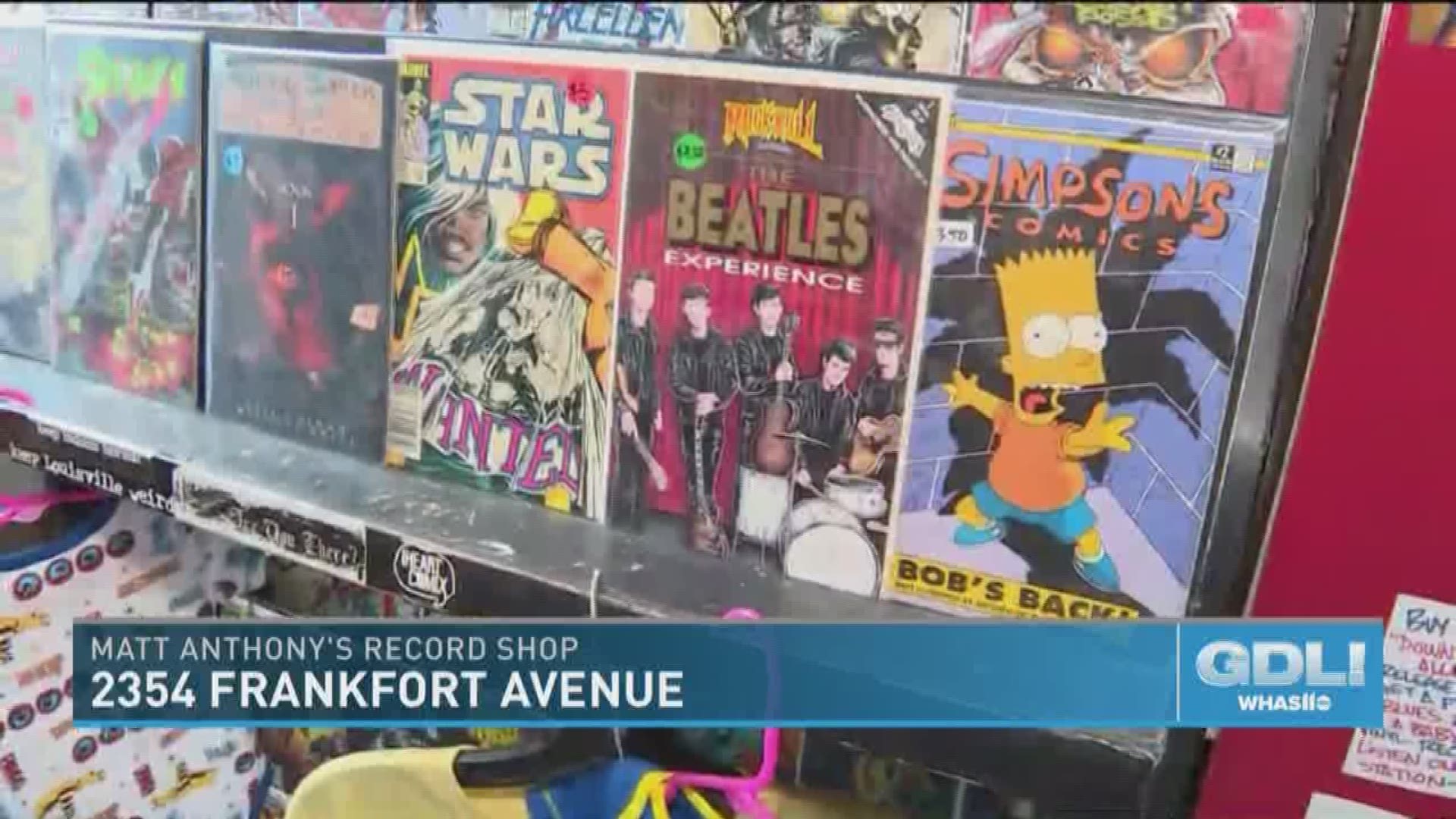 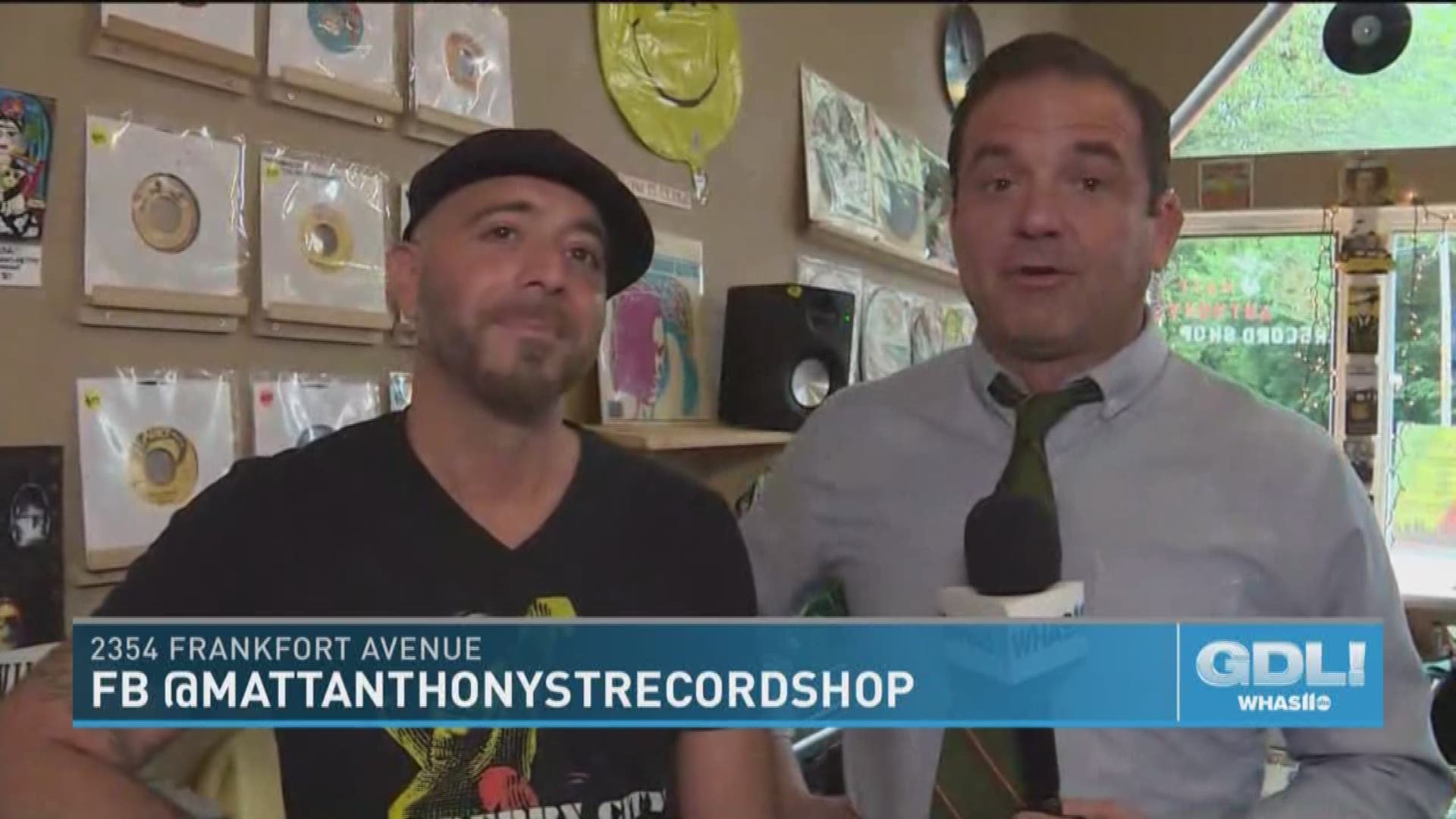