The charity telethon was moved back two months from its usual date at the beginning of June, but the delay is just the first of many changes. 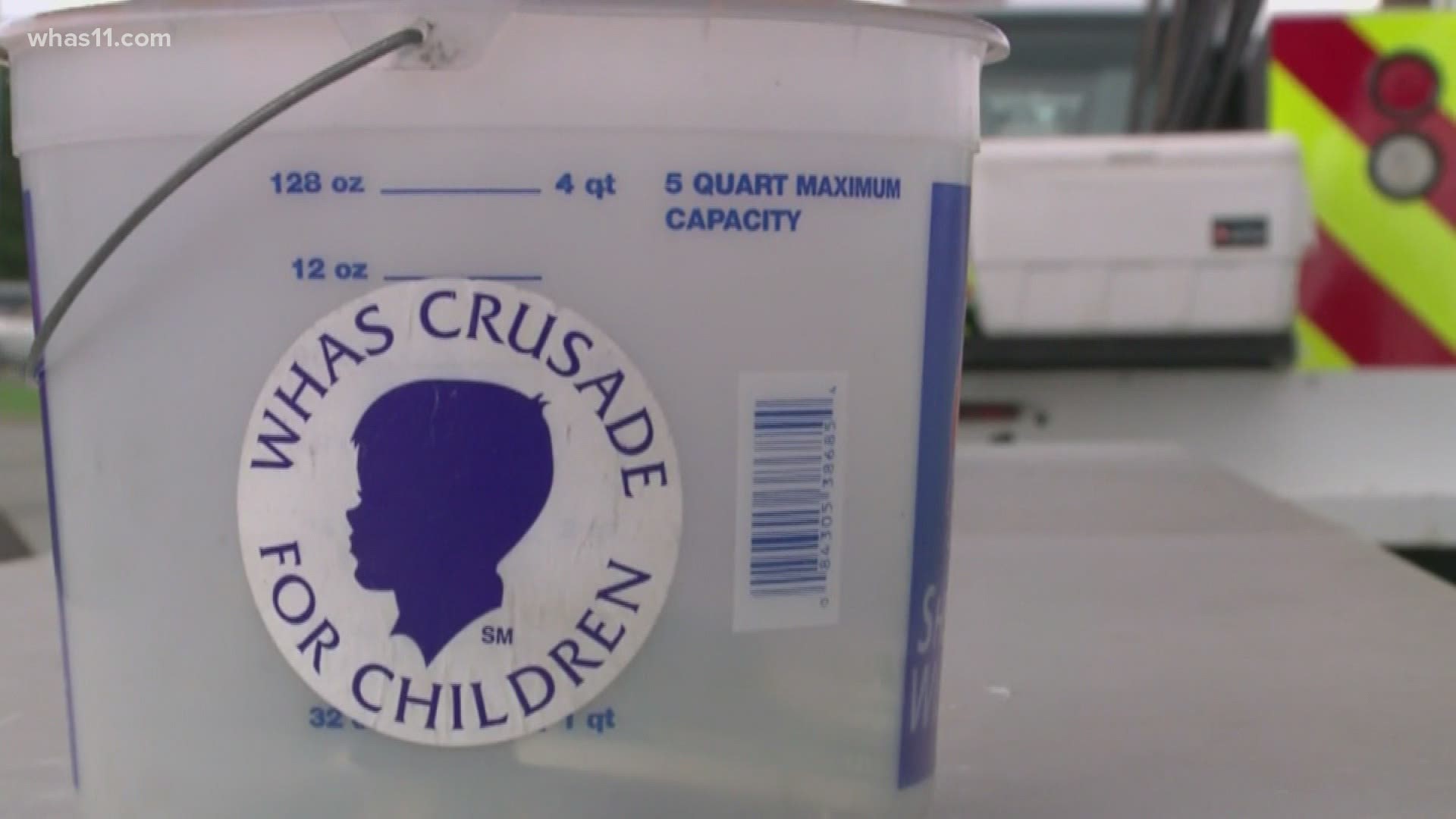 LOUISVILLE, Ky. — The WHAS Crusade For Children is an annual tradition bringing in millions of dollars every year to help children in need, but the coronavirus pandemic has posed several challenges.

The charity telethon was moved back two months from its usual date at the beginning of June, but the delay is just the first of many changes.

"Normally this is one of the busiest weeks of the year for us because of the Crusade for Children, so it's kind of slowed things down immensely," Jordan Yuodis with Jefferson County Fire said.

While the fundraising efforts have often consisted of firefighters collecting donations at roadblocks on the street or in parking lots or by going door-to-door, many departments have opted out of those methods this year to minimize the amount of close contact with other people out of caution for the coronavirus. But that doesn't mean they're not finding other ways to raise some cash.

A big fundraising focus this year has been through social media and the Internet, with the WHAS Crusade For Children urging people to donate online through money services like Venmo and CashApp.

Lee said she understands the pandemic has hurt charities around the country with many seeing fewer donations, but she said now is when many groups, including the WHAS Crusade For Children, need donations the most.

"There are so many children who have great needs and the organizations, hospitals, and schools that we work with, we're hearing from them how their funding has already taken a hit," Lee said.

More information on how to donate can be found here.

RELATED: Saving Stella: The importance of the WHAS Crusade for Children

RELATED: Listen: Songs to get you pumped for Crusade weekend