NFL free agent and former UofL star talks football, family and the his future endeavors off the field 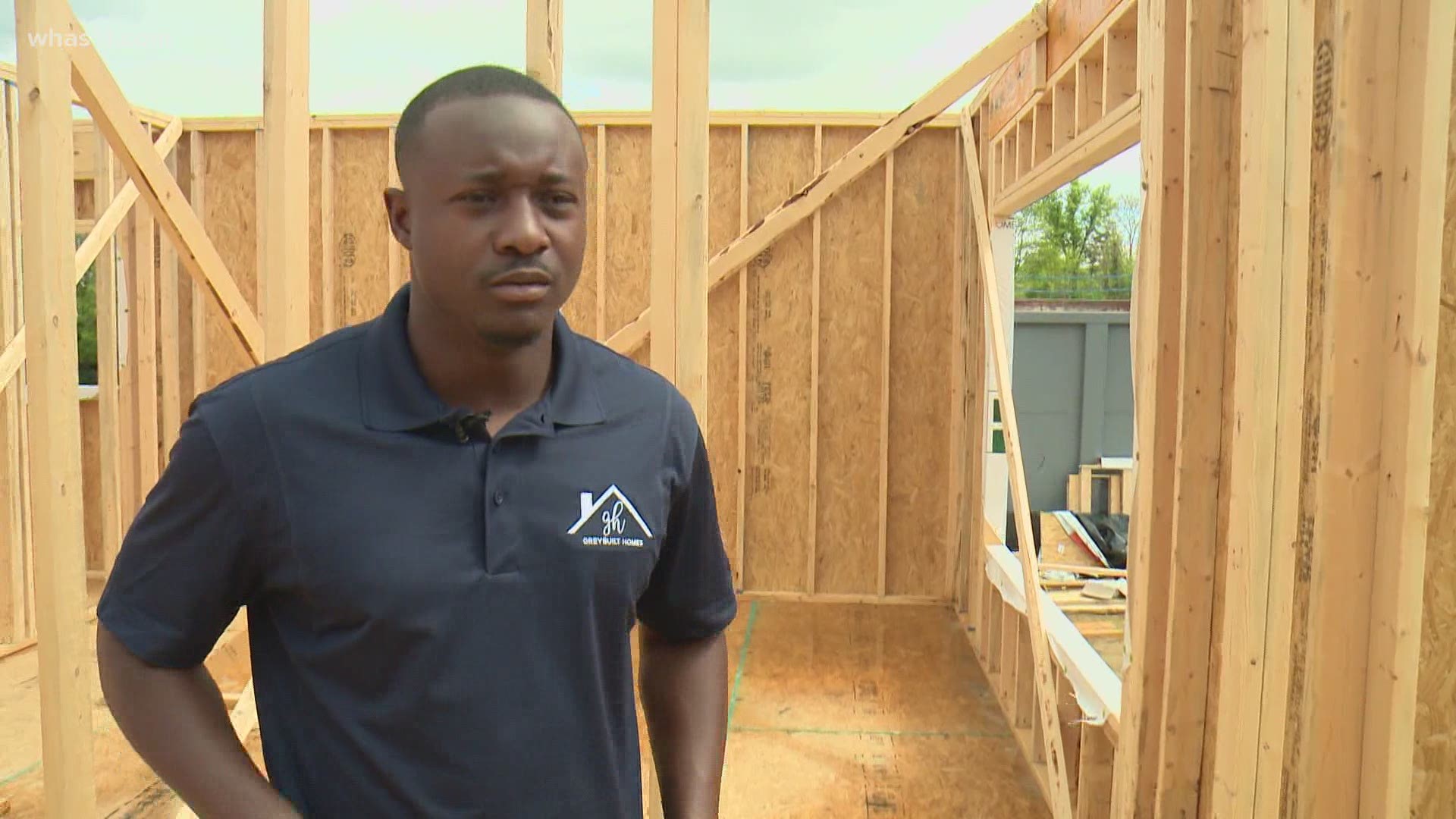 As Powell waits to hear what team he will play for this NFL season he continues to build--homes that is. Powell is now the co-owner of a home building company.

“I was always into real estate and my partner and I was introduced through some mutual friends. It started off a friendship and we got to talking finally realized he was a builder," Powell said.

His business partner at GreyBuilt Homes is Aaron Witt. They decided to team up to grow the business, named after Witt's daughter.

“The people I know and the people he knows we figured that we don't have to be a small time business we can really take over the area," Witt said.

Powell took WHAS11's Sherlene Shanklin on a tour of Floyd's Knobs in Indiana, but he is currently looking into opportunities to help in West Louisville.

Shanklin asked the Florida native why did he decide to come back to Louisville.

“Louisville is a great city, you know. My wife is from here. The city is so family oriented. And I was like this is a great place to raise a family," Powell said.

Shanklin asked Powell if an NFL team were to call tomorrow, would he go back? He said his magic number is ten. So he continues to work out five days a week in the morning before heading into his office.

Powell keeps up with his brothers of UofL and the Jets and plans to team up with some of them on future projects.

“Just being an alumni of UofL, the brotherhood. I actually have other teammates, they do concrete, they do all of these different things. We are now starting to connect which is awesome.”

Powell gives some advice to those who want to be in the NFL. It’s not where you start but how you finish and he’s a true testament to that. He was drafted in the fourth round at 126.

“You definitely have to have a focus and dedication," Powell said. "One thing about the NFL the talent margin is small. It doesn't matter if you come in as a first rounder or a seventh rounder or undrafted. If you work hard and do what you need to do and be consistent at what you do. You can stick around for a long time.”

Powell also reflected on the legacy he would like to leave behind.

“I’m a guy of few words, but my actions speak louder than my words. I just want to be a guy known to be consistent, my profession, my friendship, my marriage, whatever it maybe. I was consistent in what I did and something like this is an opportunity to leave something like this for my kids.”

Powell hopes to build six to eight homes this year since the economy is now on the upswing--focusing on building on both sides of the river.

The free agent had nine successful seasons in the NFL to date.