David Mueller has eight children, two of which he and his wife adopted. His sister Nancy has six kids, four of which she adopted. 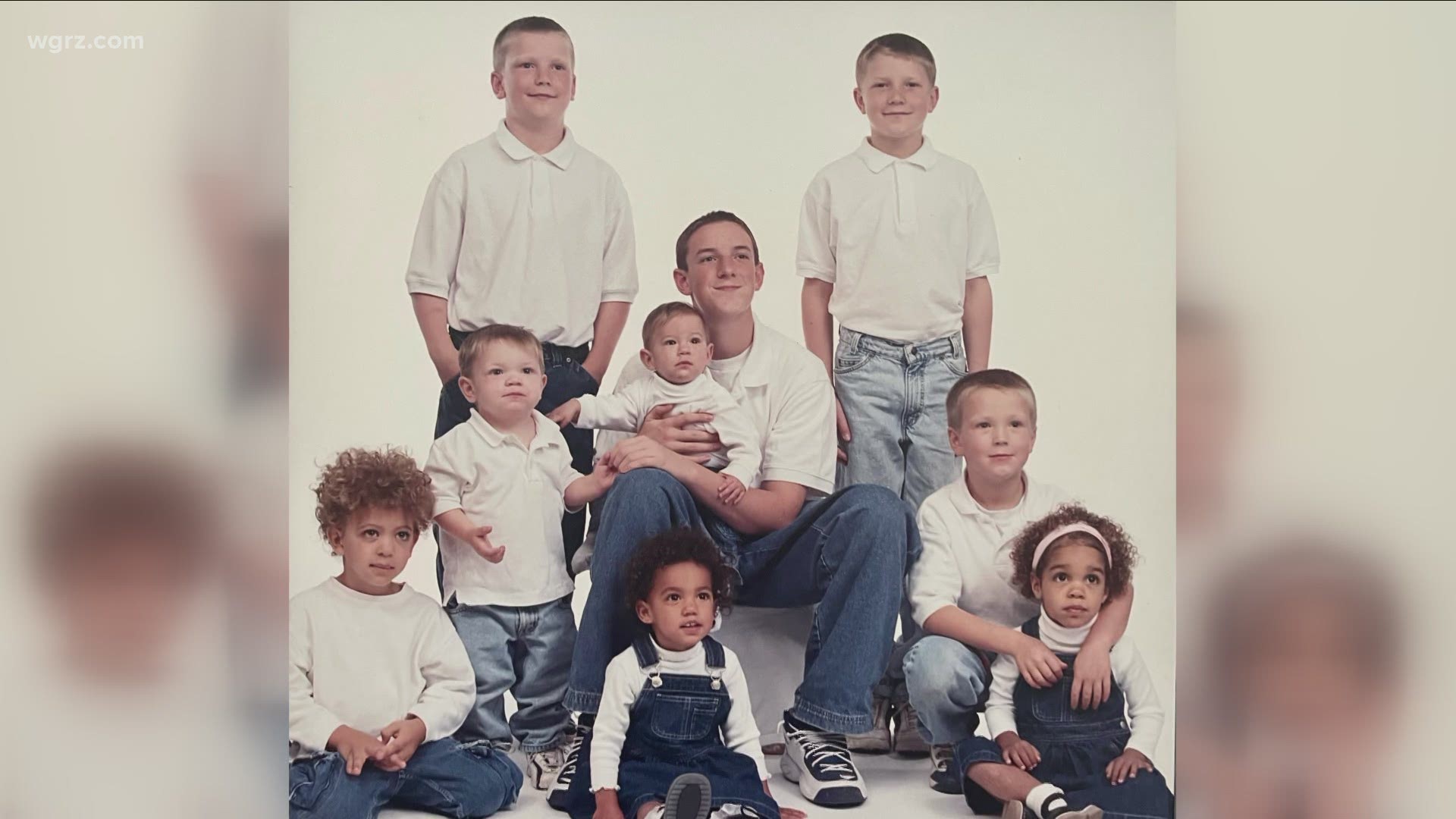 BUFFALO, N.Y. — DNA may be what biologically connects people with one another, but it's certainly not the only thing which defines a family.

"We're family because of the love that we share, not because of a common biology," said David Mueller, who's originally from Buffalo but now lives in Perry.

"Adoption became a part of our family, really, with my adopted father. He was adopted, and then my sister and I were adopted when we were infants," he said.

Both he and his sister, Nancy Cameron, are not biologically related. Though they were adopted, their parents, Fred and Irene Mueller, were always honest with them about it.

"The adoptive narrative that my mom and dad had with my sister and I was that we were chosen, we were special, and that is how I perceived it from the point I could understand anything," Mueller said.

The two still carry that important message with them. It's why adoptions in the Mueller family don't stop with Mueller and Cameron.

Mueller and his wife, Heidi, had six boys, then fostered and adopted two girls.

The first was Anna and the second was Kiya, who they almost didn't have. Kiya left the Muellers as a child to go back to her biological family.

She eventually was back in foster care but became a part of the Mueller family at 21, after bumping into David and Heidi at a sub shop in Geneseo.

"I can't tell you how emotional it was to get to do that. These kids, when they're with you, the love you feel for them just doesn't go away," Mueller said.

Cameron and her husband, Kirk, can relate to that. They also adopted four kids before having two of their own.

"I think I just grew up with so much love and gratitude for my life and for my family that I just had this passion for adopting myself, and I'm so blessed that Kirk shared that with me," Cameron said.

Now her 20-year-old son Luke is even starting a nonprofit where they live in California to help people with both the cost and process of adoption.

Both Mueller and Cameron say some of their kids are even talking about adopting now that they're adults.

They hope others are inspired to do the same.

"It's not all a honeymoon, but it's the way family is," Mueller said. "The concept that you didn't give birth to that child will vanish from your consciousness the moment you pick up that child."

Three generations and counting, adoption is at the core of this family.

However, woven throughout each person's DNA, whether similar or different, is love.

It's what truly makes them a family.