Over the course of a grueling 24 hours in 2017, Miles Daisher BASE jumped from Perrine Bridge 62 times, breaking the previous record. 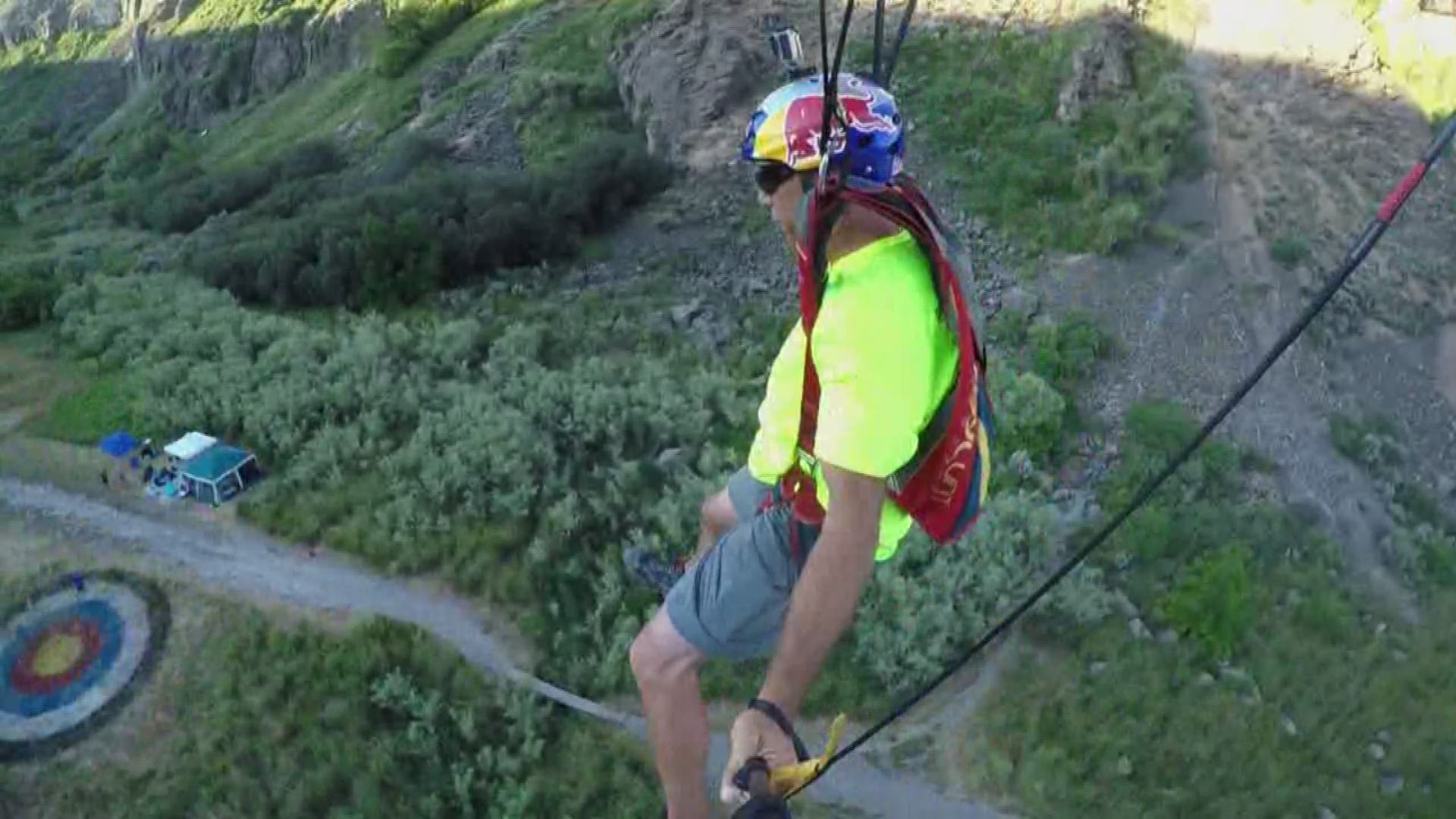 TWIN FALLS, Idaho — According to those who keep track of these things, Mount Everest has been summited by nearly 4,500 different people nearly 8,000 times. But none one has done it in a single day.

In June of 2017 in Twin Falls, one man climbed the equivalent of Everest in 24 hours in his quest to become the most prolific BASE jumper ever.

At 6 a.m. on Tuesday, June 20, Miles Daisher was in the middle of his 54th consecutive jump from the Perrine Bridge. It's a quest that began 19 hours earlier as Miles was working his way to an unofficial BASE jumping record for most human-powered jumps in 24 hours.

1 / 15
<p>Miles Daisher claimed the world record for the most human-powered BASE jumps in 24 hours, by jumping from the Perrine Bridge 64 times.</p>

"It's weird to think of him doing it all night long," said spectator Kathryn Reese. "I'm proud of him, and I think it's an awesome job to do."

But it isn't an easy job.

"He can do the jumps, but the climb is what's amazing," said Justin Boer, who's known Daisher for seven years.

Daisher had to make a 486-foot climb out of the Snake River Canyon after each jump.

"It's kinda my favorite part," he said, sarcastically, about the grueling climb.

By the time Miles reached 60 jumps, he had hiked enough to summit Mt. Everest from sea level, a height of more than 30,000 feet.

To see what it's like to hurtle off the Perrine Bridge check out our 360 immersive view of what Daisher does that you are going to have to see to believe. NOTE: Chrome, Safari, or the YouTube app are recommended to get the immersive 360 experience. To get the full virtual reality experience, consider using a VR headset.

The record to beat was 61 jumps, set last year at Perrine Bridge by Denver resident Danny Weiland. Daisher, who moved to Twin Falls nine years ago, wanted to bring that record back home.

It was an impressive feat: 62 jumps from the Perrine Bridge in less than 24 hours.

His wife, Nikki, was waiting on the ground for the final flourish.

"Nice job, honey," she said as she hugged and kissed her tired and sweaty husband.

But Daisher wasn't about to stop there.

And he did. Daisher actually made 64 jumps in one day, the last one landing in the Snake River.

Daisher's record of 62 jumps in 24 hours lasted for three months. Danny Weiland, the previous record-holder, jumped 64 times in 24 hours from the same spot in September 2017.

RELATED: Get to know Idaho: Moon walking in Idaho

Dial it back with more 208 Redials:

See all of the latest episodes of the 208 Redial in our YouTube playlist: