Wicked Twister will give its last rides on Monday, Sept. 6. 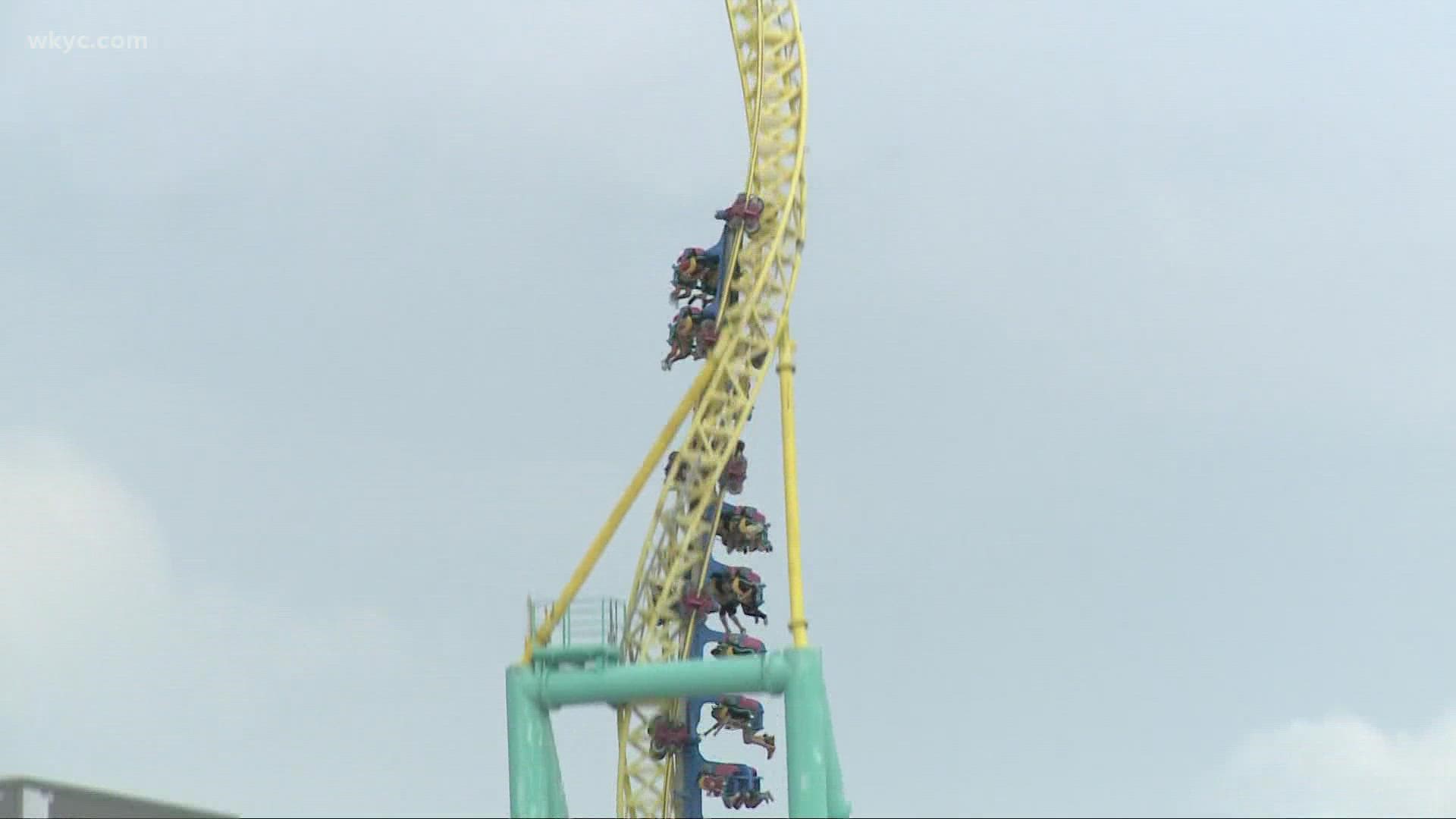 SANDUSKY, Ohio — Cedar Point is saying goodbye to one of its roller coasters.

That's right... After years of speculation, Cedar Point is closing the Wicked Twister roller coaster for good. Park officials say its last rides will be given on Monday, Sept. 6.

3News asked park spokesperson Tony Clark for additional details about the ride's removal, but he wouldn't budge. Instead, he referred us to the park's blog, which says the decision was made "as we prepare for future park improvements."

Clark said each guest who rides Wicked Twister on Sept. 6 will also be given a free "last launch" button (while supplies last). Cedar Point is also selling a souvenir T-shirt available only in the park that bids farewell to the roller coaster.

"For the next 31 days, we hope you have a chance to be a part of that ridership history and take one last launch on the world’s first record-breaking, double-impulse, five-time-LIM motor-launching, screeching teal and sunburst yellow steel behemoth," Clark writes in the blog.

Park officials say Wicked Twister has given more than 16 million rides since making its debut along the Lake Erie shoreline in 2002.

Back in May, 3News reported that rumors surrounding Wicked Twister's future were intensifying after Clark posted multiple cryptic tweets about the ride. Like this one:

My day is now done.
But I return tomorrow
for more fun and games. pic.twitter.com/vg5x30Vw3b

Weekends are Wicked…
They all have to end sometime.
Make the best of it! pic.twitter.com/MLhtHLGEwl

And then there was this...

I saw it testing this morning. WhAt COuLd iT mEaN??!!!! 🤪😂 pic.twitter.com/7fXziLew2H

Here's what Clark told 3News back in May when asked about those teasing tweets: "I’ve been tweeting images and videos of our rides coming back to life for the season and I just happened to see Wicked Twister testing on Saturday, so I grabbed some video and posted it with a fun note about the weekend. We love that people are passionate about our park (and, as we see, some of our attractions). It’s all in good fun…something we all need right now!"

So now it's official. Wicked Twister will soon be no more.

Just for fun, though, here's a look back at the press release from Cedar Point from when the park first announced the attraction in November of 2001:

Named Wicked Twister, the 215-foot-tall, 72-mph steel roller coaster will launch riders into a new dimension of thrills and will be Cedar Point’s 15th roller coaster, enabling the park to break its own world record for having more coasters than anywhere on Earth.

A “double-twisting” impulse roller coaster, Wicked Twister will use the advanced technology of linear induction motors (LIM) to rocket riders out of the coaster’s station – at a maximum speed of 72 mph in 2.5 seconds! – propelling forward and backward and up and down a U-shaped track with spiraling 450-degree corkscrews atop each vertical 215-foot-tall tower.  With “twists” on both towers – instead of just one – Wicked Twister will be the first and only coaster of its kind anywhere in the world.

With its train suspended from below its track, Wicked Twister will challenge passengers immediately by launching halfway up the first 90-degree 215-foot-tall tower before briefly pausing, reversing direction and accelerating into the station where it will be thrust nearly all the way up the second 90-degree 215-foot-tall tower. The coaster will be launched out of the station five times – three forward and two backward – while reaching the apex of each tower on the U-shaped track as it picks up speed through the LIM propulsion system. Riders will face the sky while rotating up the twisting towers and will face the ground while rotating backward in the opposite direction, creating a unique visual illusion of the ground rotating below.

Located on the east side of the Cedar Point Peninsula, along the park’s historic beach and stretching on both sides of the Giant Wheel, Wicked Twister will have a two-tone structure, blending a sunburst yellow track with bright teal columns. Wicked Twister’s train will be a mixture of blue, magenta, teal and yellow. The ride will use a 32-person train consisting of eight four-passenger cars and will have a ride capacity of approximately 1,000 riders per hour.  Each seat will have an individual shoulder restraint and restraining belt.

The roller coaster engineering and manufacturing firm, Intamin, headquartered in Wollerau, Switzerland, is the creator of the “double-twisting” impulse coaster concept. Guests will be able to take their first Wicked Twister ride when Cedar Point opens for the 2002 season in May.