Bobby Lewis On The Road

In August 2020, Braden Cecil was diagnosed with Stage 4 renal failure, just three days before tryouts for the golf team. He made the team and helped it finish 13-0. 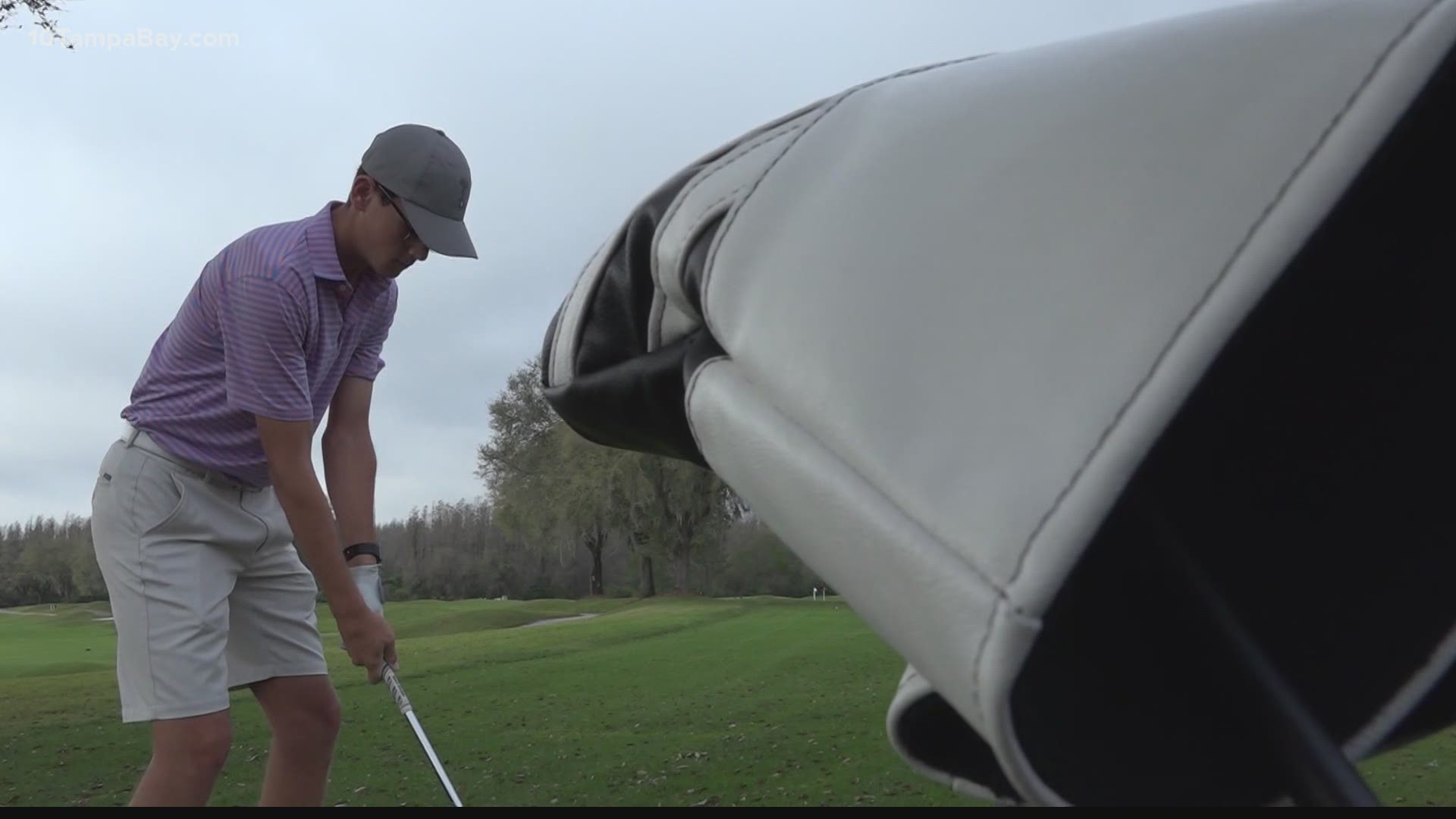 LUTZ, Fla. — Braden Cecil gripped his golf club with care, reared back, and unleashed a drive that sailed into the clouds and nearly out of sight. Just a few yards behind him, his father smiled.

“His swing has always looked like that,” said Jamie.

The teenager’s swing is a thing of beauty. For nearly 20 minutes Friday morning, the high school senior unleashed ball after perfect ball over the driving range at TPC Tampa Bay, where he is a member. The teen, who only began hitting golf balls after tagging along after Jamie seven years ago or so, was a natural from the start.

“Now, I have to get my glory when I out-drive him once in a blue moon,” said Jamie, who jokes he no longer keeps score when on the course with his son.

Braden makes it look easy, which, if you know him, comes at a bit of surprise considered how much of his life was uneasy during his final year of classes at nearby Steinbrenner High School. In August, just three days before golf team tryouts, doctors revealed the bad news.

“Stage 4 Renal Failure,” said Braden’s mom, Colleen. “It took us by surprise for sure. He’s been a totally healthy kid all his life.”

The golfer took it in stride.

“I am waiting for a kidney transplant,” said Braden, 18, who typically shoots in the mid-70s and once posted a one-under round of 71. “It was very scary for me.”

This year, more than any before, golf took up more importance for Braden. He made the golf team and helped Steinbrenner to its first undefeated season in school history at 13-0. He played in all but one match.

Golf was a four-hour escape from doctor visits and medical check-ups. His kidney is functioning at around 25 percent. He’ll need a transplant at some point. The family is hoping he can get through a year or two of college before Braden arrives at that point.

“We’ve kind of come to grips with things,” said Colleen. “He’s got a great attitude. He’s going to come through it just fine.”

That was just one of the reasons why Braden was awarded the Casey Most Valuable Golfer award by Hillsborough County Public Schools. Each school’s coach nominated one player and county coaches cumulatively voted on a winner.

“It just means the world to me. It’s so cool,” said Braden, who wants to study physical therapy in college. “I never expected it.”

Braden was accepted by Florida State University on February 18 and is awaiting news of his possible acceptance by the University of Florida.

Jamie watched attentively as his son continued to launch balls into the wind on the driving range. The rhythm never changed no matter how many swings he took. The repetition has grown to be second nature after all these years of practice.

Golf was always special to the family but this year it truly has become an outlet for the teen.

“It’s a big help for me to get everything off my mind,” said Braden with a smile, right before another ball disappeared into the clouds.