Fireworks, air show to be held in 'undisclosed locations' for Thunder Over Louisville 2021

New details about Thunder of Louisville for 2021 have been released by event organizers. 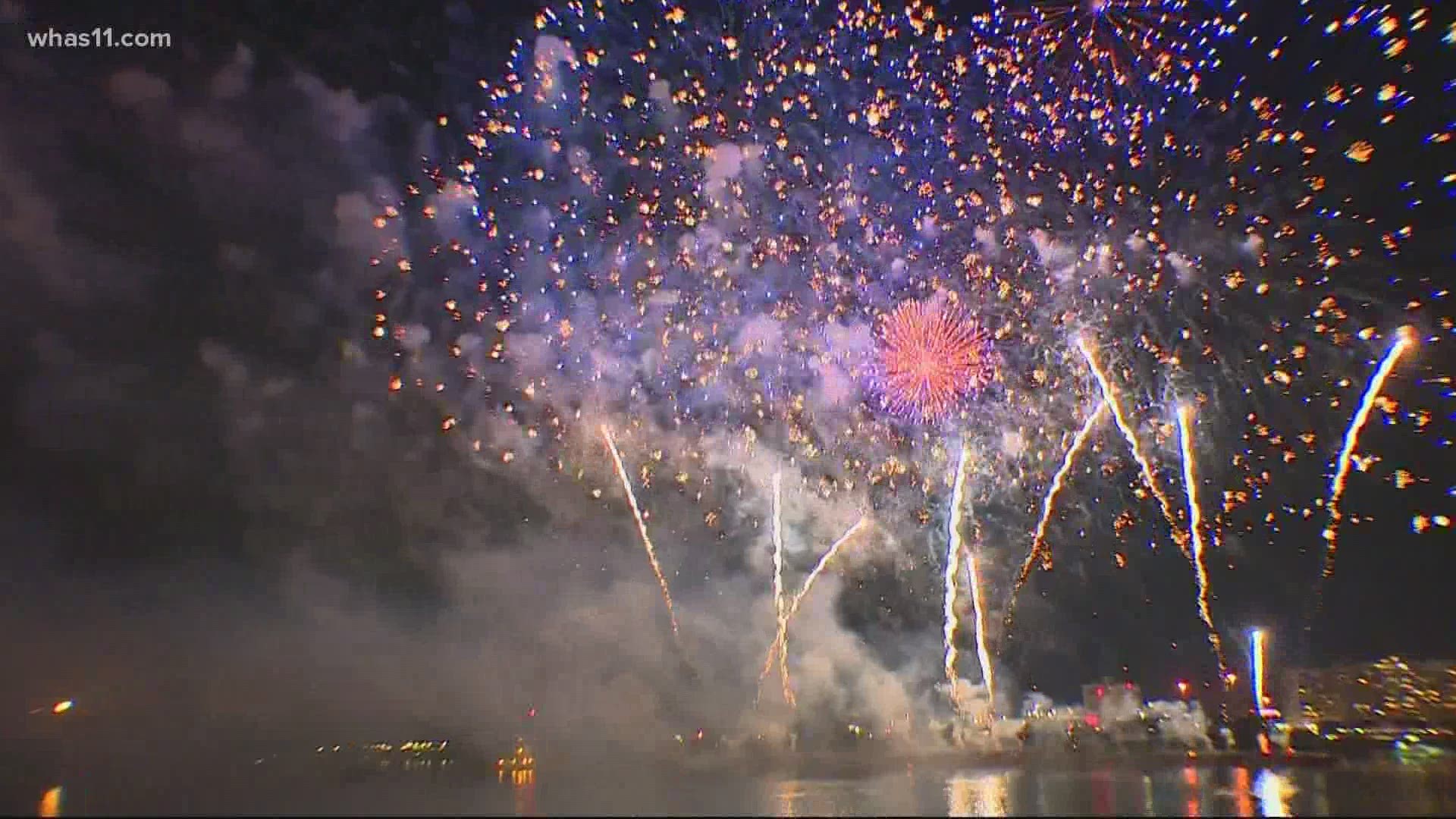 LOUISVILLE, Ky. — Thunder Over Louisville is just a few weeks away and many of the details about the event have been kept top secret. Officials with the Kentucky Derby Festival released more information during a press conference Thursday.

This year's theme for Thunder Over Louisville is "Illuminating our Community." Event organizers said they hope the show will do just that - light up the community after a really tough year.

The theme coincides with the Pegasus Parade, which will also be focused on highlighting the Louisville community.

The fireworks will not be held on the waterfront, but will instead be spread out around the community in five different "pop-up" locations. These locations will not be released until the night of the show, but officials say they will be north, south, east and west of Louisville, as well as in southern Indiana.

Families are encouraged to watch the show on television or online on WHAS11, but there's a "good chance" many will be able to see some of the fireworks at home.

The air show will be shorter this year - only two hours - but will feature fly-bys and aerobatics. The Kentucky Air National Guard and 2019 Air Show performer of the year Matt Younkin will participate in this year's show. The air show will also be streamed on television and online.

Something new for this year will be the first-ever drone show leading up to the fireworks. The show will feature more than 50 drones in different formations.

The Kentucky Derby Festival has a section on their website filled with ideas on how to celebrate "Thunder At Home," including food and drink recipes, coloring pages and even Zoom backgrounds.

RELATED: No crowds at 2021 Thunder Over Louisville or the Pegasus Parade: What happens to local businesses?

What we know about Thunder Over Louisville 2021:

Thunder Over Louisville will be held on April 17 and will look very different due to the ongoing coronavirus pandemic.

The show will be held without spectators and it will not take place at Waterfront Park. People will be able to watch the show from home.

All Thunder Over Louisville events will be streamed exclusively on WHAS11 and whas11.com on April 17.

The 2021 Pegasus Parade will not march down Broadway as it has in the past. Instead, the parade is going "on tour" through Louisville. More than 20 parade units featuring local celebrities and characters will cover about 60 miles, visiting Louisville residents in their neighborhoods.