Matt Younkin presses on with his performances to honor the legacy of his loved ones and spread the joy of aviation, something his sister and father adored. 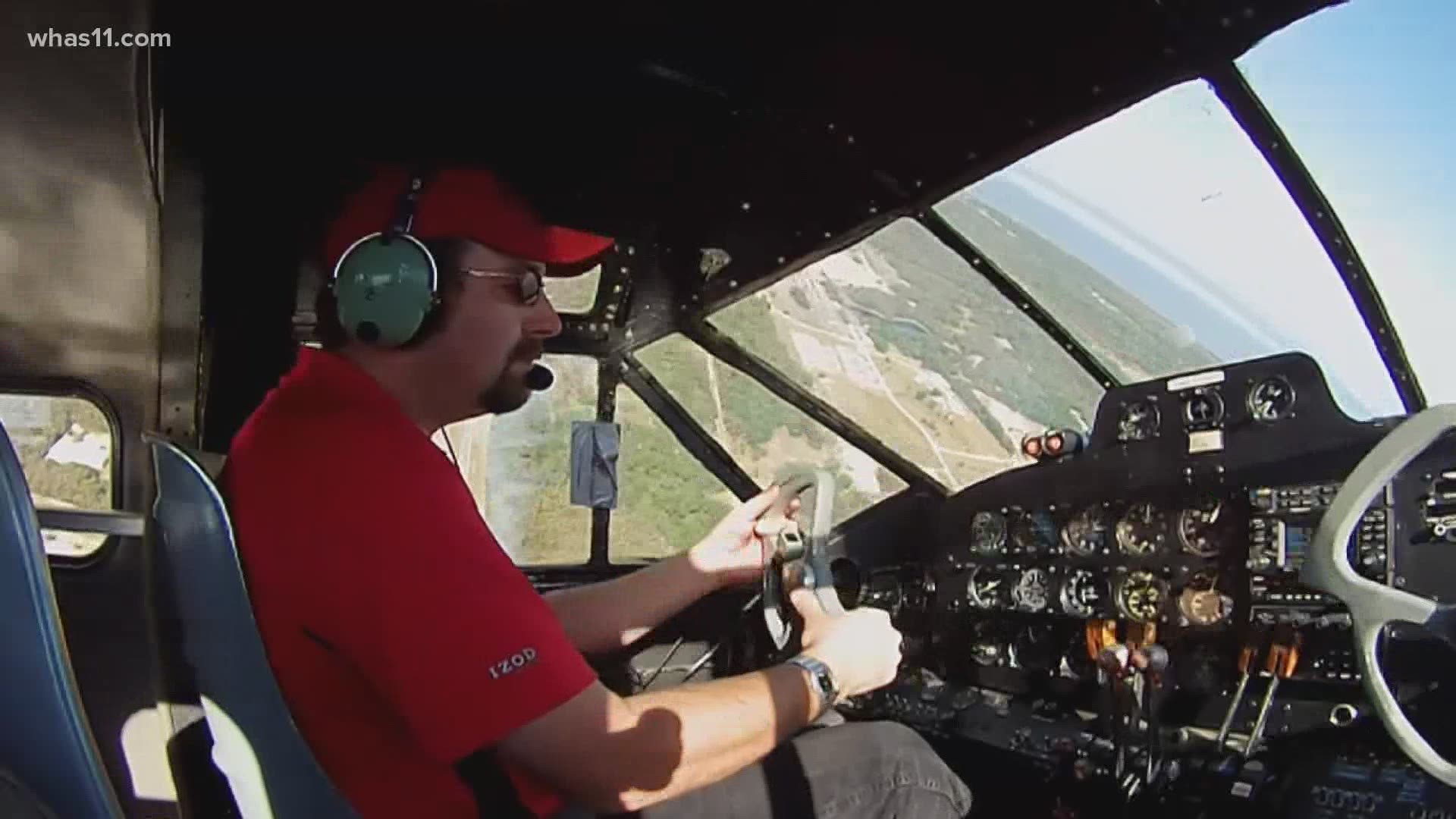 LOUISVILLE, Ky. — Matt Younkin has been flying planes since before he could legally drive, but after the loss of his father and sister during separate crashes, he continues the show in their honor.

When Matt Younkin learned to fly at the age of 14, it wasn't a huge surprise. He was a third generation pilot so it's safe to say aviation is part of his DNA.

The continued dedication to the skies is something Younkin grapples with, especially after he's had family members die while performing.

"My dad was quoted as saying, 'People come to airshows to see the impossible take place. It's like an aerial circus,'" Matt Younkin said. "There's actually a lot of truth in that."

If an airshow is an aerial circus, the Younkins were full in on this family business. Matt Younkin's father, Bobby Younkin, pioneered the performance in the Twin Beech and flew it for over 15 years.

"One of the best in the business," Matt said of his father, a highly awarded performer. "Unfortunately, we lost him in 2005 in an accident. After he passed away, I picked up the reins for the family business and kept going with it and I'm still here today."

Bobby Younkin died in July of 2015. His plane collided with the plane of another performer, Jimmy Franklin, one of Bobby's best friends. Then in 2011, Matt's sister Amanda, a wing walker, died from burn injuries she got in an aviation accident.

"You evaluate the circumstances of the loss and try to mitigate the risk as best you can," Younkin said.

Matt presses on with his performances, not only to honor the legacy of his loved ones, but to spread the joy of aviation, something his sister and father adored.

"As much as I enjoy performing for y'all, I enjoy the homecoming so much more," Matt said of avoiding risks while flying. "My performance is geared toward that end goal. At the same time, because the airplane is so weird looking and makes so much noise and so much smoke, I think y'all will be entertained just the same."