Their mission? Complete a HALO drop and entertain tens of thousands. 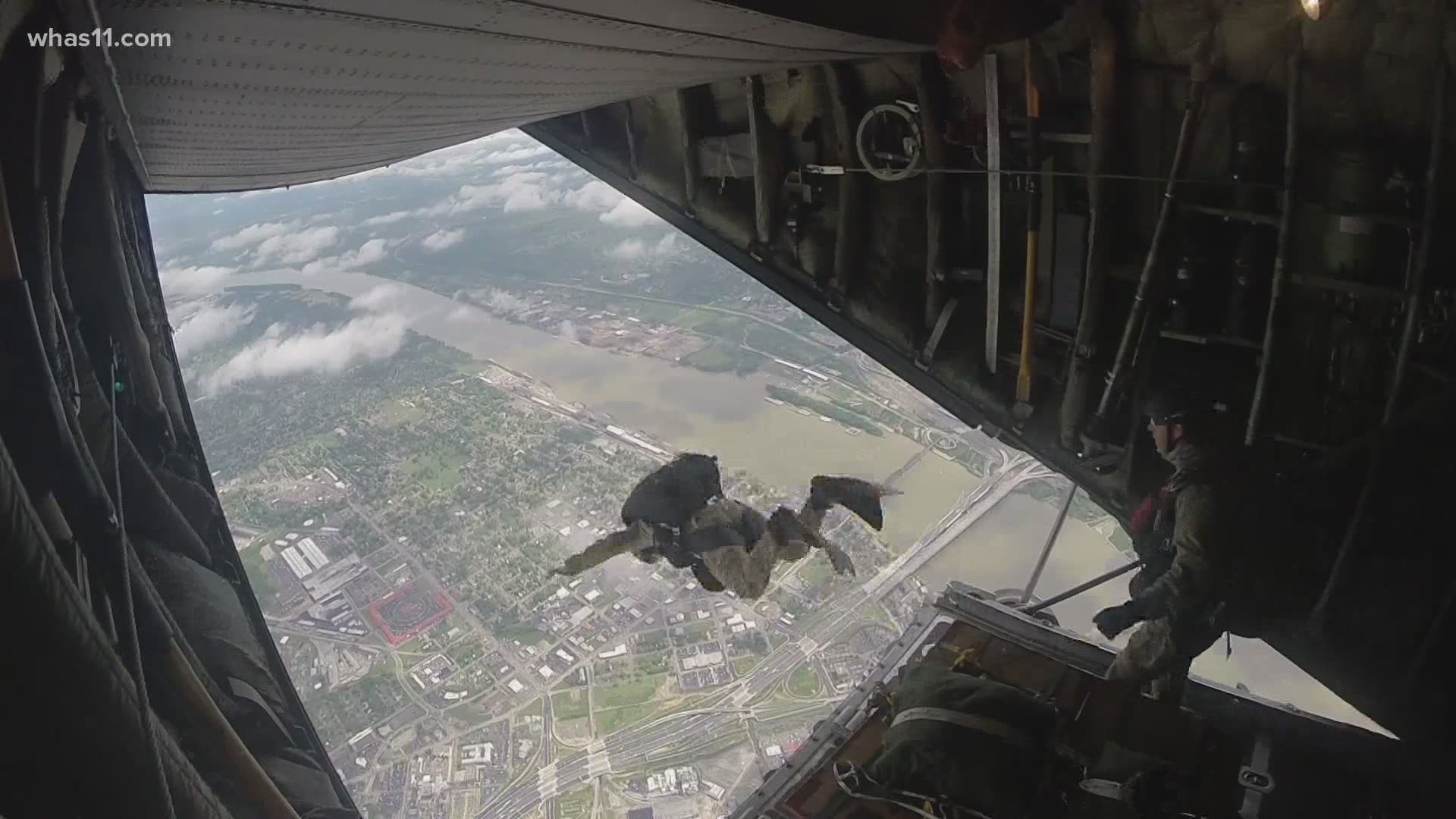 LOUISVILLE, Ky. — While some aircrafts from out of town will be in the city for Thunder Over Louisville, the men and women in uniform seen jumping from high altitudes are in the state everyday.

"While it used to be more of a strategic reserve component, it's now truly an operational component," said Lt. Col. Josh Ketterer. "We deploy our airmen around the world 365 days a year. We almost always have someone off this instillation serving somewhere."

The Air National Guard is part of the Air Force and serves deployments and missions all over the world.

"We have a wide realm of service opportunity here," Ketterer said. "From firefighting to food service, air transportation to jet engine mechanics, we cover a wide swath."

Thunder Over Louisville has included the Air National Guard in their air show since the beginning. This year, they are excited to return to the skies after 2020 was canceled.

"It is so important that we do this," Ketterer said. "I understand there is consternation about it. The reality is if we don't execute this, we would have a difficult time executing future airshows. We maintain a level of corporate knowledge and corporate partnerships. Thunder Over Louisville has an enormous economic impact and it truly is an investment in the community."

Ketterer has spent 12 years in charge of the KYANG's role in Thunder Over Louisville. Even after all that time, he said it remains one of his favorite missions.

"Nine out of ten days, this is my favorite thing to do," Ketterer said. "Flying these aircraft is an absolute pleasure. It is a awesome opportunity and having the opportunity to serve in this capacity is incredible."