While the locations have been leaked online, the Kentucky Derby Festival asked that people not gather at sites for public health and safety. 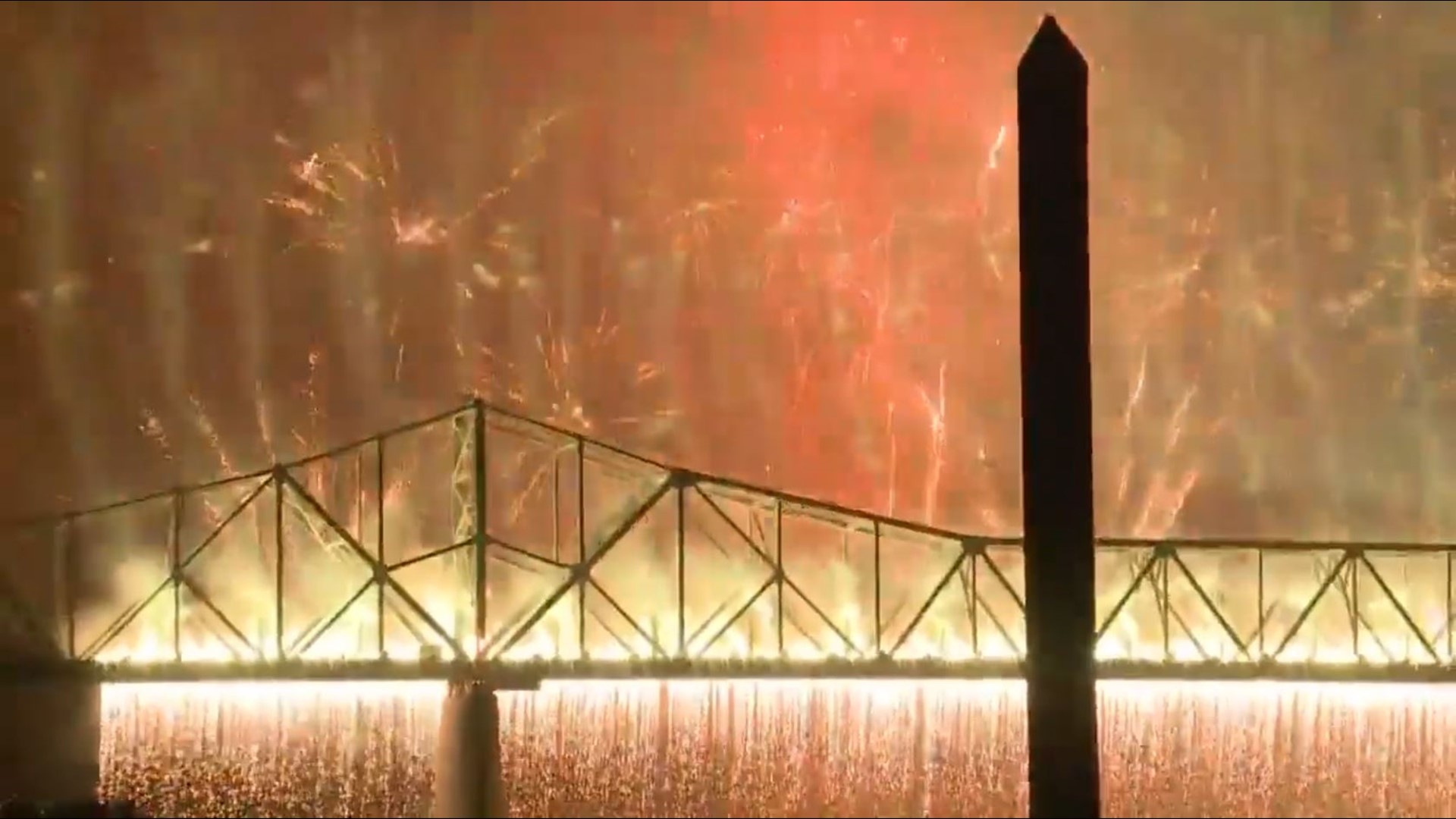 LOUISVILLE, Ky. — While many of the details regarding Thunder Over Louisville have been kept secret, everyone knows the fireworks show will take place at five different "pop-up" locations Saturday night.

By moving the show from its usual waterfront location, the producers of Thunder Over Louisville have the opportunity to bring interesting visuals, including "red and green lightning" — as well as honor wow moments from years past

Ralph Piacquadio with Zambelli Fireworks International called WHAS11's Doug Proffitt to give a sneak peek into what they have planned for an unprecedented year.

You can listen to the conversation here:

Fireworks are set to go off simultaneously just after 9:30 p.m. While the locations have been leaked online, the Kentucky Derby Festival asked that people not gather at sites for public health and safety.

"We want to emphasize that this year's show is a made-for-tv event and not for spectators," KDF said. "We strongly encourage fans not to make plans to gather to see the event."

All Thunder Over Louisville events will be streamed exclusively on WHAS11 and whas11.com April 17. Live coverage of the air show begins at 3 p.m. and will run through 11:30 p.m.

RELATED: Fireworks for Thunder Over Louisville may go off closer to home. Here's how you can prepare

RELATED: Here are 11 things to know about Thunder Over Louisville