Thunder Over Louisville limits firework locations due to crowd concerns

The Kentucky Derby Festival said fireworks will take off from self-contained locations due to concerns over mass gathering. 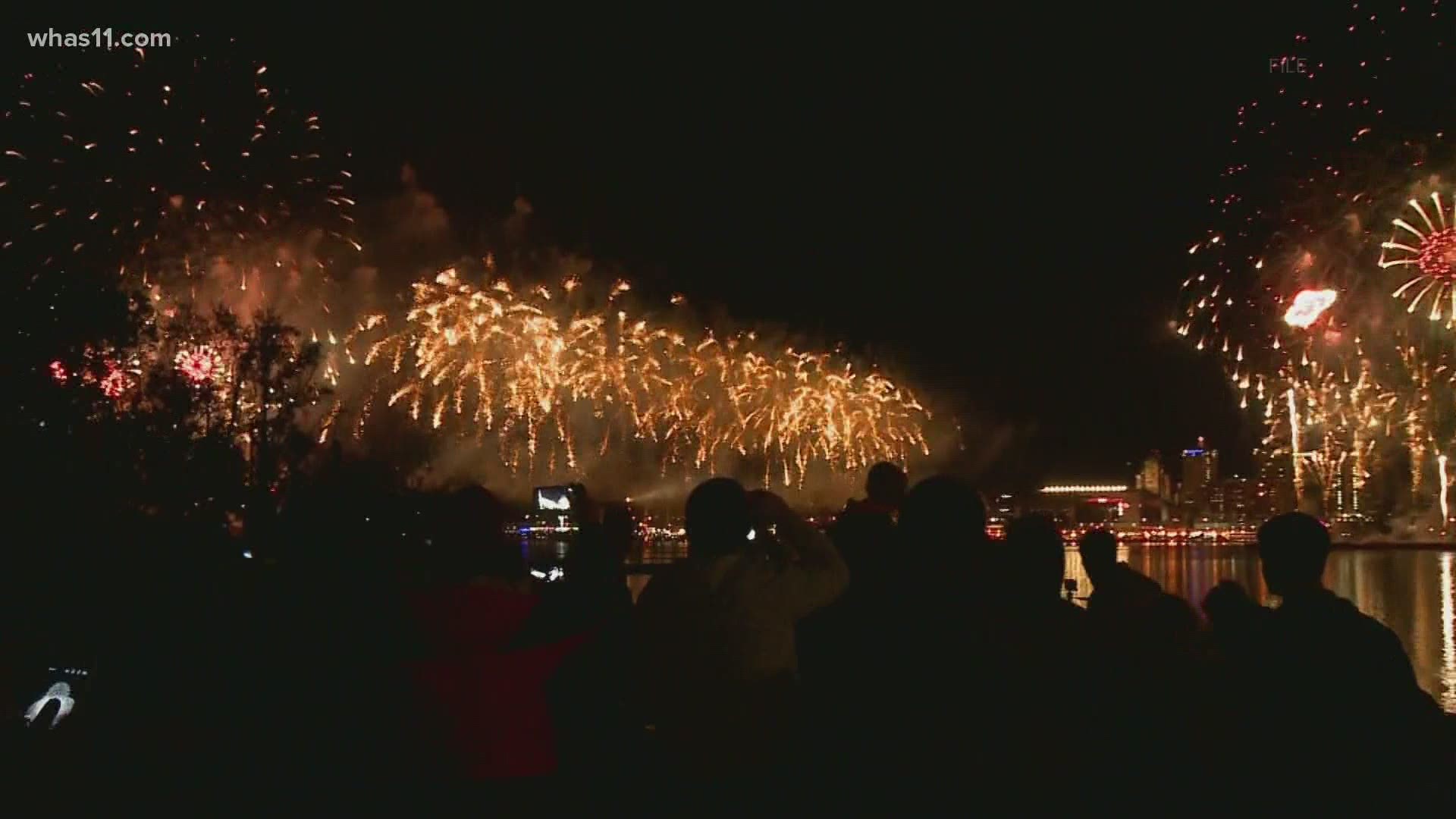 LOUISVILLE, Ky. — Thunder Over Louisville's firework show will only utilize three locations instead of the originally reported five Saturday night due to concerns of mass gatherings.

The Kentucky Derby Festival said fireworks will take off from three self-contained locations after five locations were leaked earlier in the week. There will not be fireworks at Iroquois or Shawnee Park.

"It has become clear that more people were planning to gather on Saturday which is not safe," said Matt Gibson, Kentucky Derby Festival CEO. "Speaking with different officials over the last few days we know making these changes is the responsible thing to do. These adjustments will keep people safe while still being able to bring a much-anticipated celebration to the community that fans can enjoy from home."

The fireworks are set to start shortly after 9:30 p.m. The duration of the show has been reduced from 30 minutes to 18 minutes, and officials said the fireworks are focused more on color for the television broadcast than loud booms usually heard around Waterfront Park.

"This year’s show is different than we’ve ever produced before," Sara Gibson said. "We cannot emphasize enough that the best place to see it all this year is on WHAS11."

The air show, scheduled for 4-6 p.m., is also closed to spectators. All-day coverage of Thunder Over Louisville starts at 6 a.m. on WHAS11. For the full timeline of events, click here.

RELATED: Clouds and a few light showers move in for "Thunder Saturday"