'It's amazing stuff when you're seeing these drones making these images in the night sky.' 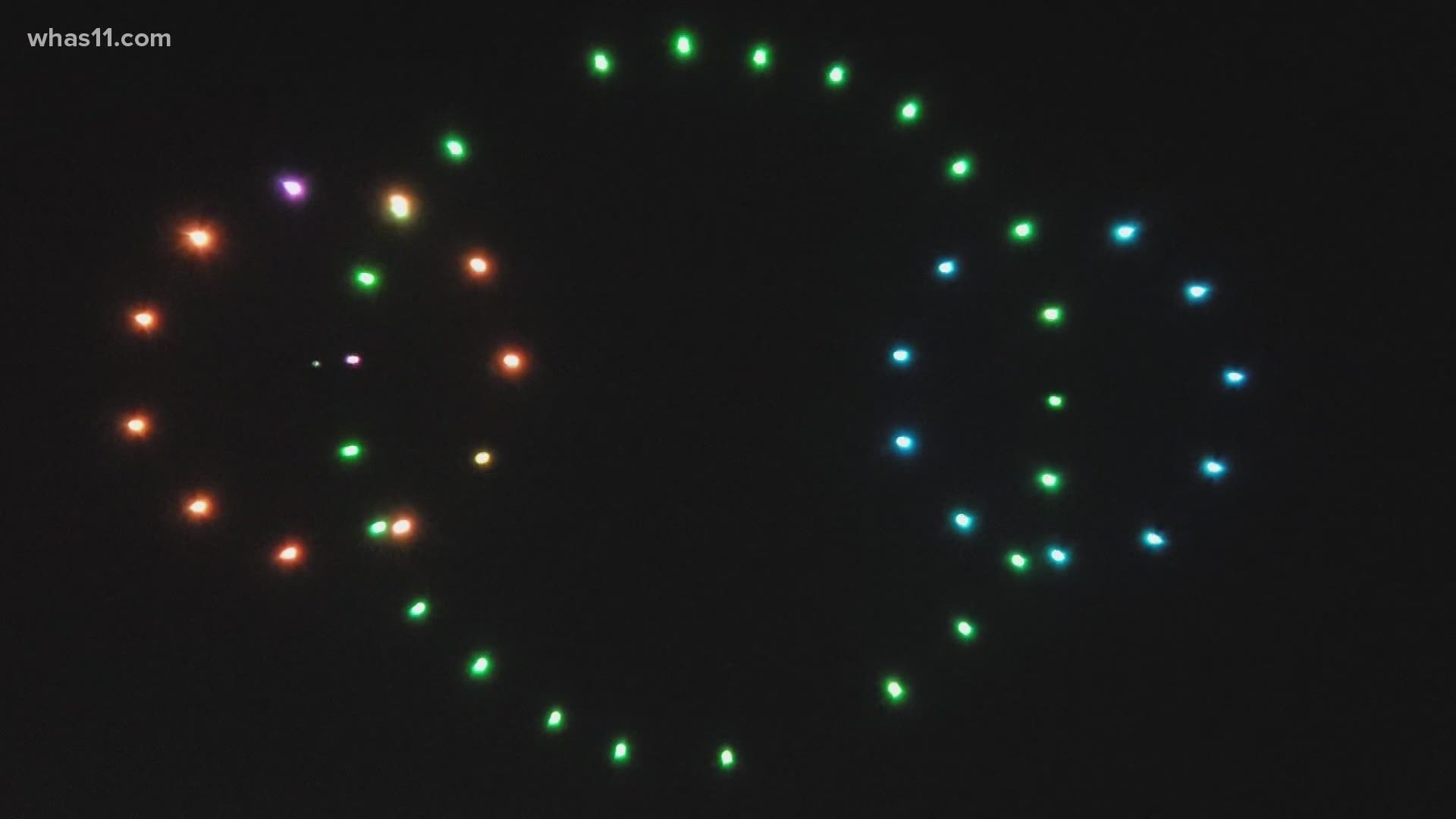 LOUISVILLE, Ky. — Thunder Over Louisville will not look like it has in previous years. In addition to spacing out fireworks in an attempt to avoid social gathering, the Kentucky Derby Festival has added a new performance to its lineup: a drone show.

Spectators will see multiple flying drones in addition to an airshow and fireworks show this Saturday.

"We met these people that had a drone company," Thunder producer Wayne Hettinger said. "I was blown away. They showed me videos of stuff they're doing. So, they're helping us out this year. We've got a sampling. It's amazing stuff when you're seeing these drones making these images in the night sky."

The man in charge of the multi-drone air performance is Matthew Quinn. After he began using drones in 2016, Quinn immediately decided they needed to be different than everyone else. Now, he's leading the way.

The pilots responsible for flying the drones this weekend also helped build and test them, ensuring an original experience.

"The staff you see running the shows is the staff that builds our drones," Quinn said. "They're all custom made, we make them here at our office. We build them, test them, fly them."

Quinn said this year is big for everyone, marking (hopefully) a return to gathering and moving forward after a deadly pandemic.

For more information on this year's Thunder, click here.

RELATED: Here are 11 things to know about Thunder Over Louisville

RELATED: The Vault: A lookback a previous Thunder Over Louisville celebrations